After seeing a mind-blowing performance by Mike Peters and The Alarm in London this past May, there was no way I was going to miss them here in Music City. Of course, I could not help but wonder how Peters would transform his high-energy show to the much smaller City Winery stage in front of a crowd about a tenth of the size. 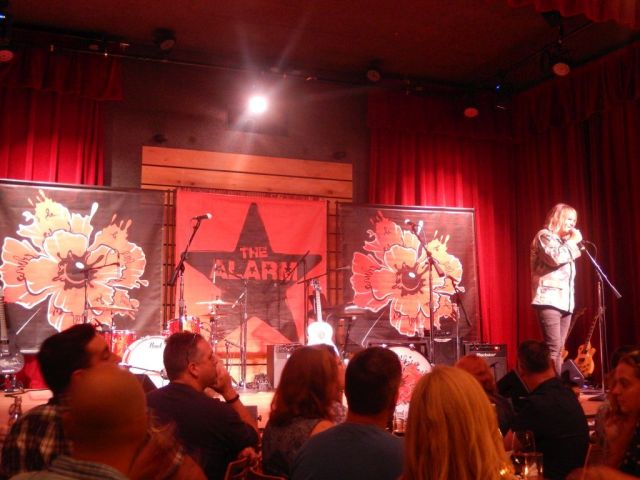 The Winery setting was much different tonight than usual starting with a 6:30pm screening of the Man in the Camo Jacket documentary about Mike Peters. A brief Q&A with Peters immediately followed before the band took the stage around 8:15pm to kick-off a two-hour set.

As it turned out, despite the Winery atmosphere being more subdued than usual for an Alarm show, Peters still had plenty of power in his performance. He also took advantage of the situation and became a gentler front man who found the setting suitable for telling more embellished tales in-between songs. 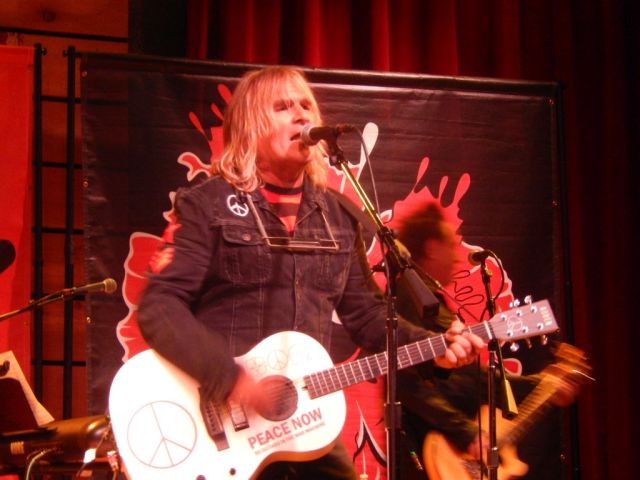 Commanding the stage, he once again used his three mics set left, center and right. He also brought a father and his young son on stage to help introduce the audience to the Alarm antic of throwing decks of cards during “Blaze of Glory.” But, more importantly, by show’s end, he had us all on our feet clapping along to the beat. 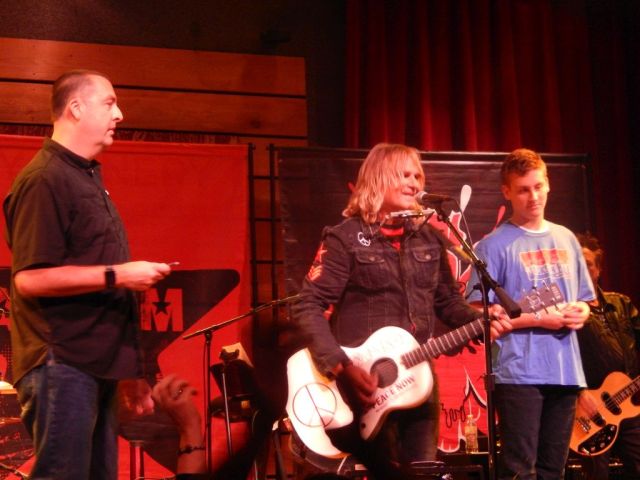 This was the rock show of the year in Nashville, and the good news is that if you missed it, Peters said they’d be coming back. I would not miss it if I were you.

See here for more about Mike Peters’ day in Nashville.