Welsh band The Alarm achieved some modest stateside success in the 80s. Americans heard the band’s great inspiring music at home on their MTV and live in concert through prominent supporting slots on tours with U2, The Pretenders and Bob Dylan. But, to say that the band was forgotten on this side of the pond would be an understatement.

After the original band split in the 90s, lead singer and songwriter Mike Peters kept the spirit of The Alarm alive with a few outfits under varying similar names. As of late, he is back in full force under the original Alarm banner in a quartet in which he remains the only original member.

Tonight’s show in Camden Town’s famed Electric Ballroom was a make-up show for a cancelled 2016 date resulting from Mike’s wife and band keyboardist Jules Peters’ bout with breast cancer. With Mike himself a cancer survivor, tonight was a celebration of their survival and a prelude to a BBC-Wales television special on Mike and Jules that debuted the following Monday. 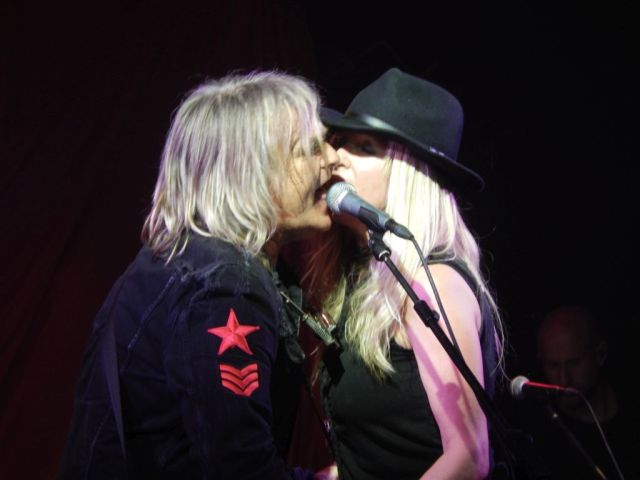 The Alarm’s current UK tour is special in that the support act is Dave Sharp, the band’s original guitarist. Having adopted a troubadour, folk-singer style since leaving the band, Sharp played a well-received 5-song, 30-minute set that concluded with one of his Alarm songs, “One Step Closer to Home.” While Peters warmly introduced Dave’s set, sadly there was no reunion during The Alarm segment. 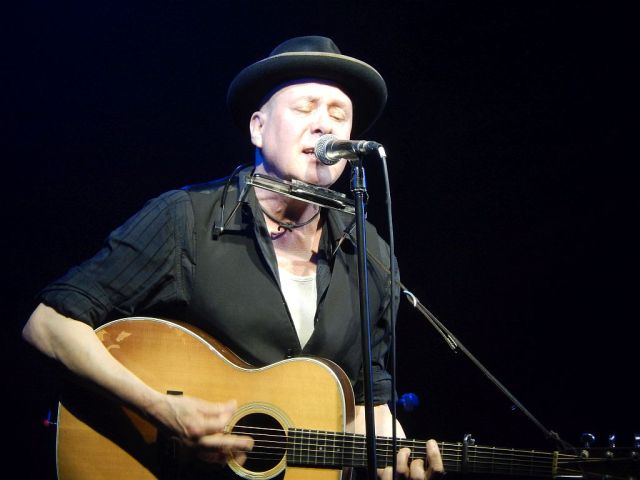 Sticking to the posted time schedule, Peters and company took to the stage promptly at 7:45pm where they would rule for a 22-song set that ran 7 minutes over the posted 9:45 curfew. Said early finish perhaps had something to do with the Camden Town neighborhood and the venue having posted notices about thieves and pickpockets in the area.

Cueing up outside before the show, I joined a line full of old geezers like myself. Only a handful of women were in attendance, and the fervor that this testosterone-fueled crowd would generate was invigorating. Suddenly, everyone was young again, raising their hands in reply to Peters repeated requests and bouncing up and down in unison to the anthem-driven repertoire. I was deeply touched by the roomful of love for Peters and his music.

Peters felt that love too and fed off it like the masterful showman that he is. Sing-alongs were commonplace, and Mike led them like a maestro. The most-loved song may have been the encore of “Blaze of Glory” which the crowd sang in anticipation first when the band left the stage and again later as we exited the venue.

The only thing I can compare the admiration of this band to is what I’ve seen at a Springsteen show in New Jersey. And Peters is certainly a showman who sings inspirational and hopeful songs with a charisma akin to the Boss. The comparisons to Bono are also inevitable.

Peters is quite the entertainer and employed a technique I’d never seen. He sang from three different microphone stands positioned right, left and center of the stage, often using all three within the same song. It was exhilarating, got him in front of different sections of the audience, and amplified the energy of his uplifting songs. 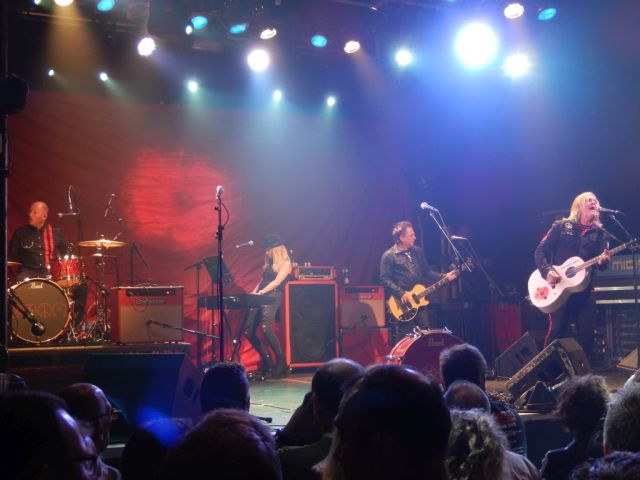 To steal a British phrase, I was totally “gobsmacked” by what could be described as a “hometown” performance. This was one of the most thrilling and exciting shows I have ever seen, and it was not one for the weary. Peters and The Alarm will play the Nashville City Winery later this year. It will be interesting to see how he will bring a room of less feverish fans to life. I wouldn’t miss it if I were you, since I feel certain that he can do it. 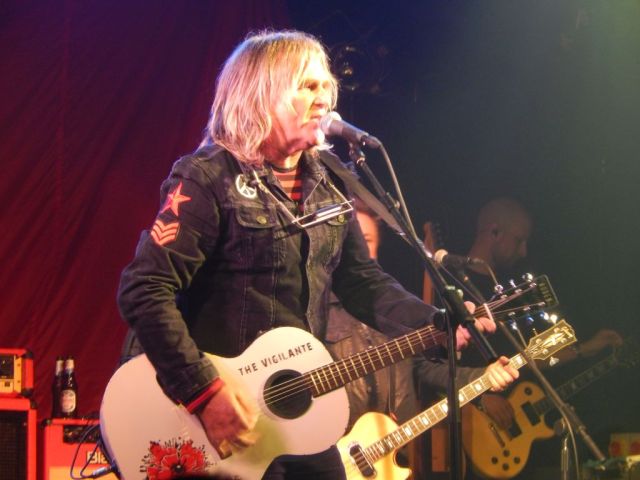