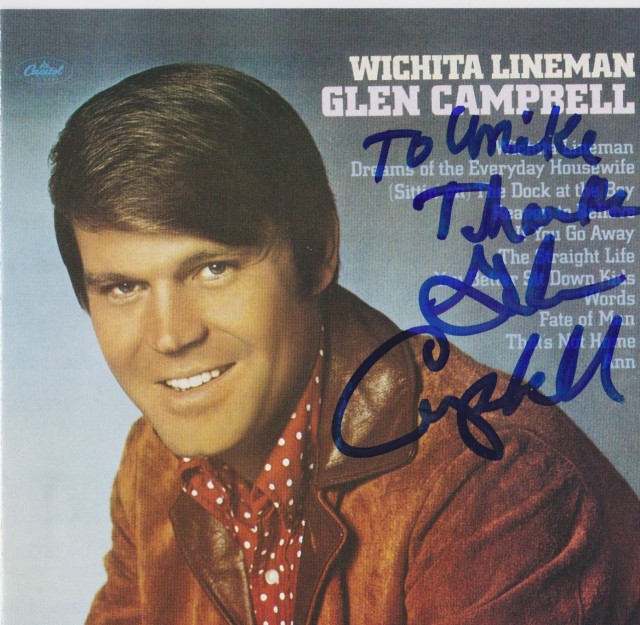 How many other rock music fans like me were foolish and had a delayed appreciation for the great Glen Campbell who died today? While in our younger days we might have thought Campbell belonged more to our parent’s generation and was not cool enough for ours, most of us were ignorant of the fact that as a member of the famed Wrecking Crew, he was the session stud playing those great guitar licks on so many of our treasured rock hits.

Fortunately for me, good sense eventually took over, and I gained a strong appreciation for the brilliant pop records he created. He had a magnificent voice and was a brilliant interpreter of songs. Campbell was extra special on those written by the man God seemingly created just to write songs for him, the masterful Jimmy Webb. After seeing Glen play live, there was also no question that he was one of the greatest guitar players of all time. A skilled craftsman who made it look so easy.

Campbell was also a bonafide celebrity with his music touching both country and pop as well his acting on prime time television and in Hollywood. The lifestyle did manage to catch up with him, and he faced some difficult struggles along the way. However, he was a survivor who became a solid human being in the end, and in doing so, was a great inspiration to many. Finally, the grace he showed in dealing with the dreaded Altzheimer’s disease that took his life will be an anchor for families of victims until a cure is found. 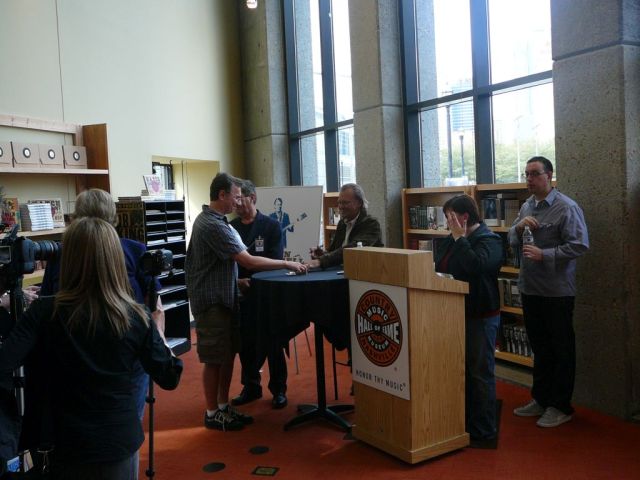 I was honored to meet Glen Campbell at a Country Music Hall of Fame interview session in 2008. At the time, he was celebrating his first “hip” record, Meet Glen Campbell, which featured covers of songs by the likes of Paul Westerberg, Tom Petty, U2 and Lou Reed.  It is a beautiful record, and producer Julian Raymond did for Campbell what Rick Rubin did for Johnny Cash, introduce his talents to a new generation. Campbell repeated this process a few years later with another LP in 2011. Its title track, Westerberg’s “Ghost on the Canvas,” is perhaps my favorite thing Campbell recorded just short of “Wichita Lineman.” Give it a listen.

Here is a photo I took of Glen at the Ryman in 2006. I was also there to see him there on his farewell tour in 2011. That latter show is featured prominently in I’ll Be Me, the bio film that documents that tour and the onset of his illness. It’s a must to watch although you should be warned that it’ll break your heart. 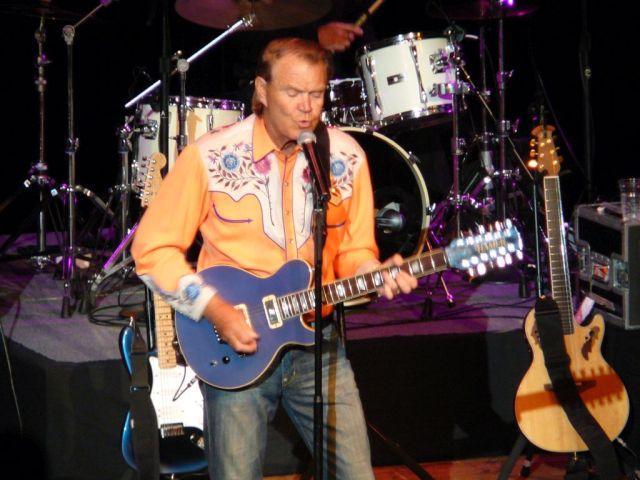