An Elvis Costello Tour of London: Part One “The Factory Tour”

Like with any major city, a trip to the great city of London can be greatly enhanced by taking a guided tour. They come in all genres, and rock music fans have several general ones to choose from as well as some specific to The Beatles. In all likelihood, I doubt that there will ever be a tour specific to Elvis Costello. However, there are many Costello-related sites to see in London: venues he has played, places he has recorded, and sites related to his personal life or those that have been the subjects of his songs.

The first installment of this series (which may take some time to finish since I just don’t get to London often enough) details a recent trip I made one morning to visit two factories: one the topic of a song and the other a place where EC once worked. 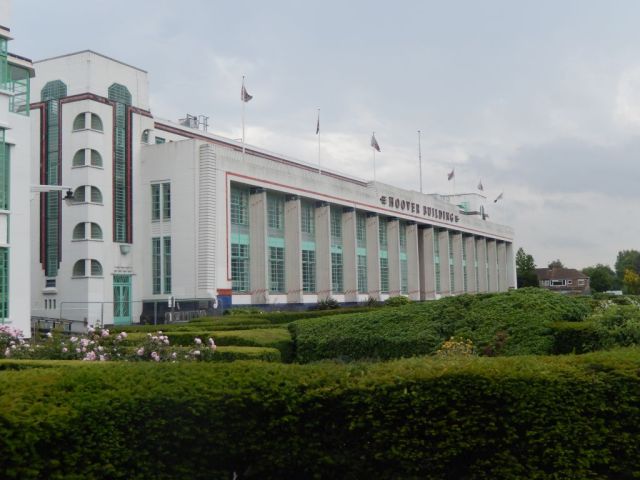 My first destination was the Hoover Building. This still-standing gorgeous abandoned factory was passed by a young EC on his way to work at the nearby Elizabeth Arden factory (the second part of this day’s adventure). Wikipedia provides a great history of the past industrial use of this building whose front part is now vacant. The rear has been converted into a Tesco supermarket and petrol station which surprisingly I found tastefully done. (Grab a coffee inside at Costa like I did.) 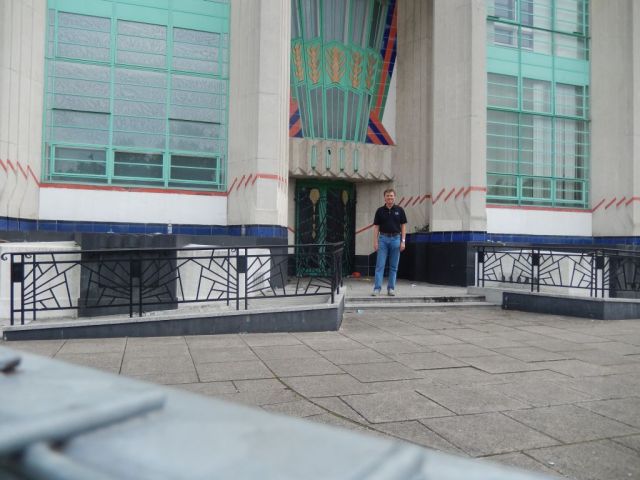 As told in the song’s opening line, you can find the building “five miles out of London on the Western Avenue.” It’s about a 30-minute ride west on the Central Line from Central London to the Perivale Underground stop. On your “way out” of the station, simply take a left on Western Avenue through the quaint neighborhood and then another left on Dawlish Avenue which will take you directly to the left side of the building.

While the front of the building grounds might be described at a little grimy, overall this art deco structure is still a wonder to see with its bright green-framed windows, vibrantly-ornate door, and overall clever unique design. 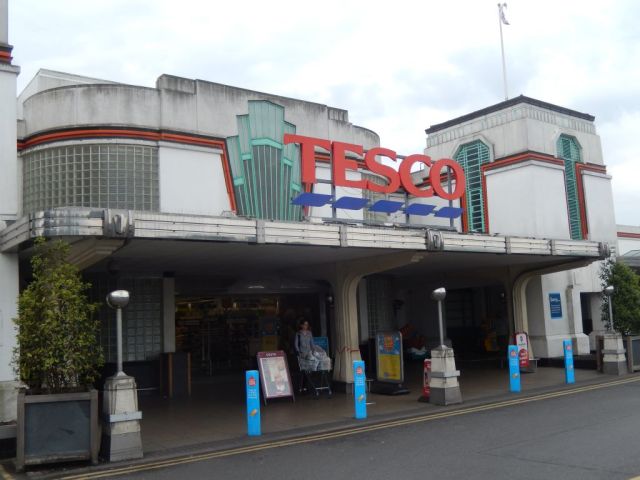 After leaving the Hoover Building, I took the Central Line back east two stops towards London to the North Acton stop. As you leave the station you will find directly in front of you what is today named “The Perfume Factory.” Now functioning as an office building (Record Collector magazine is among its tenants), this building was once home to Elizabeth Arden where EC was employed as a computer operator. Immortalized in “I’m Not Angry” as the “vanity factory,” this is reportedly where EC wrote most of his debut LP, My Aim is True in between loading tapes onto an IBM computer. 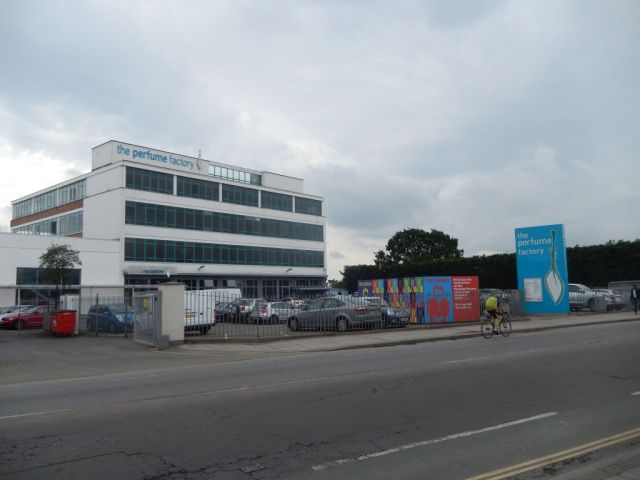 A visit to the factory today has been further enhanced by the addition of a small colorful monument to EC and his tenure in the building. On my way back, I wondered if young EC spent any time at The Castle pub across the street after work. 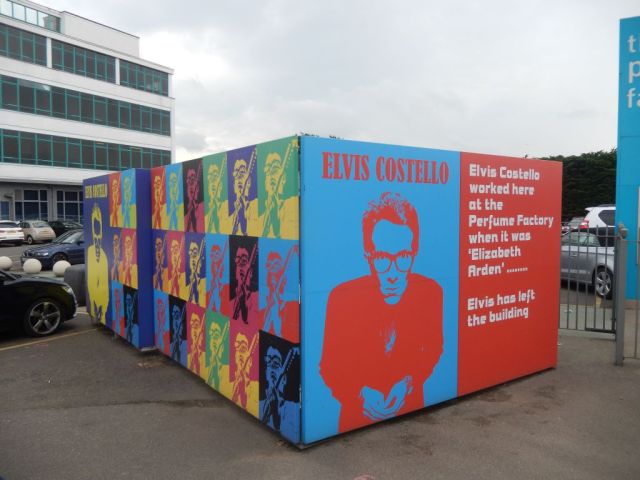 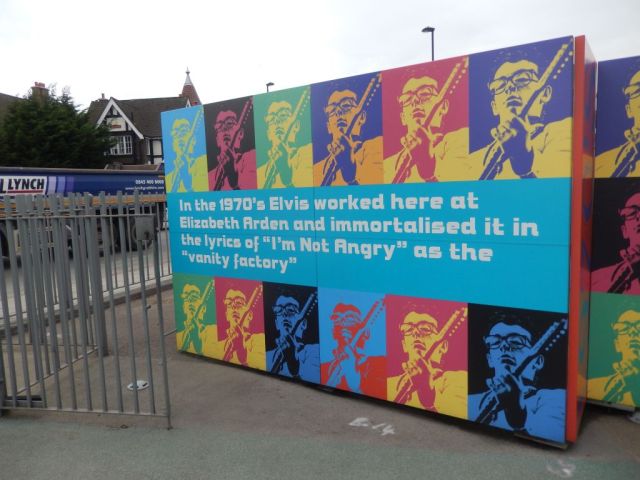 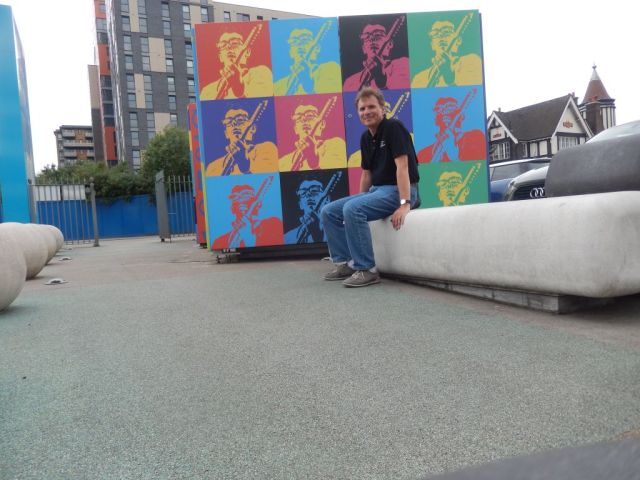 So there’s a brief guide to a quick and easy tour of a part of Elvis Costello’s London connection. I can’t wait to go back for my next installment.

Thanks to Nick Ratcliffe and John Foyle for helping guide me on this adventure.