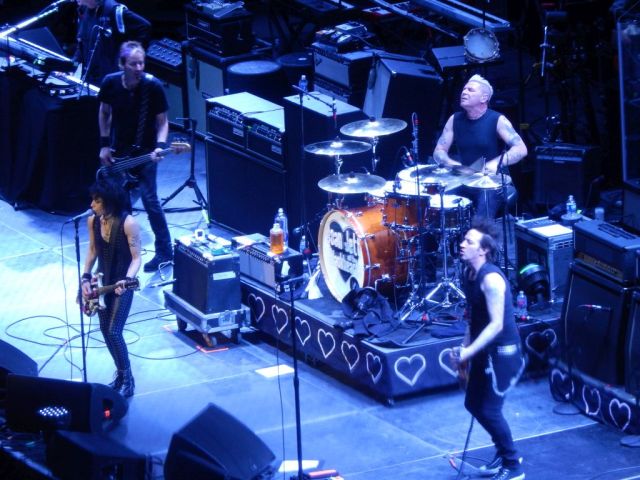 Seeing Joan Jett and her Blackhearts open for The Who at the Bridgestone may go down as the most pleasant surprise of my musical year. Song after song, Joan and her band rocked the Arena with crisp-and fresh sounding renderings of every recording of hers that you almost forget about. (How could I have not remembered that she was the first to sing Springsteen’s “Light of Day”?)

By Arena standards, the crystal clear sound made this set a true delight. However, the thought of seeing them return to Music City to play a smaller room kept running through my mind. Jett looked ageless as if she just stepped off of my MTV of some twenty years ago. The same however could not be said of the Blackhearts who may want to think about better dressing their age. With the band tonight on keyboards was Jett’s long-term musical muse Kenny Laguna. 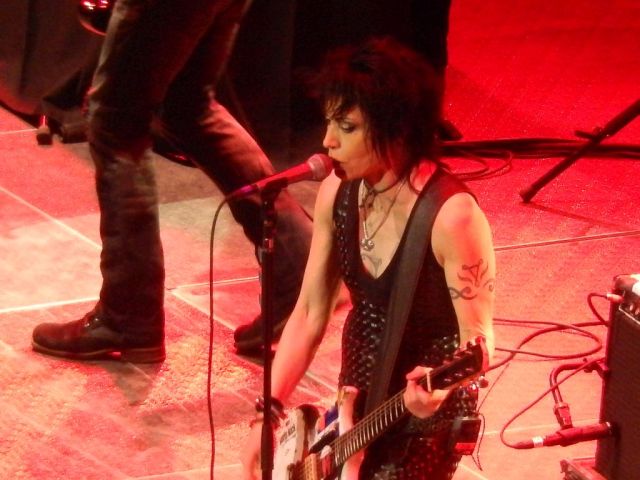 Reading the pre-show on-screen info, I learned of her past connection with The Who which helped better explain her selection as tour support. Seems the band helped a financially-challenged Jett finish the recording of her first record in England back in the day.

Finally, while my congratulations go out to Joan for her recent induction to the Rock Hall of Fame, it does grieve me that she went in before The Replacements. But the timing of her well-deserved election is not her fault. Her mention of the band in her induction speech makes me think that she’s hip enough that the current snub on The Replacements disturbs her as well.