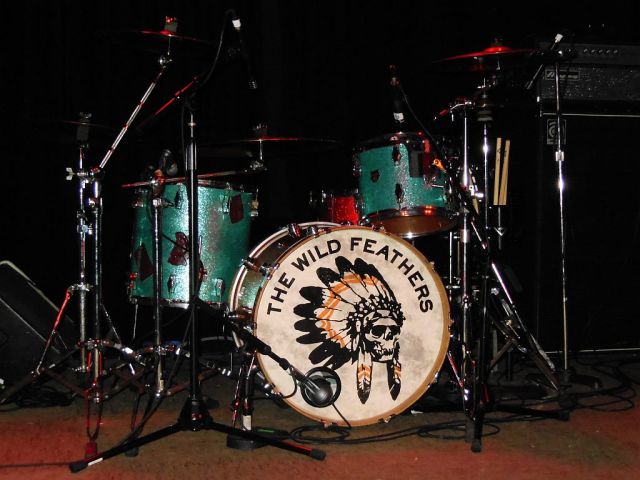 I was really taken with The Wild Feathers’ song “The Ceiling” which was getting heavy airplay in Music City on Lightning 100. It’s a well-crafted tune that can really get stuck in your head.  After seeing the Nashville-based Feathers at the Forecastle Festival in Louisville, I thought I’d just seen the next band to break big out of Nashville. Well, seeing their Nashville Sunday Night set at Third and Lindsley further convinced me that I was right.

The night was extra special for me because I took my 14-year old nephew from Texas to his first concert.  I played him “The Ceiling” after picking him up from the airport earlier that week and asked him what he thought. From that moment on, he requested the song every time we got in the car!  You can imagine his excitement when I invited him with me to see them play live. 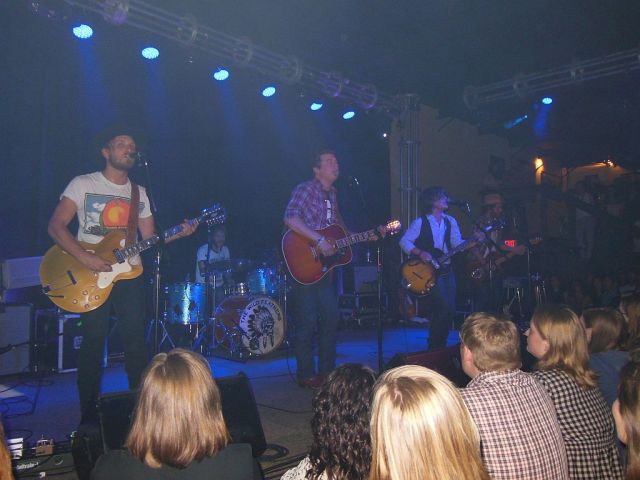 What makes these guys stand out are their brilliant four-part harmonies. If a band can successfully pull this off, it’s hard for them to miss. Seeing the four main Feathers line up across the stage slinging their guitars and singing together is a sweet sounding sight. Another thing that sets this band apart from others is their wide range of appeal. While Lightning 100 listeners embrace them as a rock band in a Southern style (Allman Brothers, Tom Petty, etc.), country fans can just as easily find favor with their sound.

This appearance on the regular weekly radio broadcast show turned out to be a big homecoming for the band:   It marked their first ever sold-out show. When the radio portion sounded off at 10:00, they let us all know with great exuberance how thrilled they were about the sell-out. It was amazing to me how many of their fans knew the words to the songs since their record was yet to be released.

For their set, they played their entire debut record which was officially released on August 13th.  The one-hour FM broadcast portion of their set, as expected, ended with “The Ceiling.” The encore that followed included some pretty cool covers, showing that these youngsters have great taste. I highly recommend that you check out their Truckstop Covers Series on You-Tube.  They were all self-filmed at some interesting locations while out on the road.

Things seem to be going quite well for the band while they continue to tour the country and appear at some major festivals. They return to Music City for the final Live on the Green show on September 12th. In addition, they now have my nephew telling everyone back in Texas that he has just seen the next big thing on the music scene!