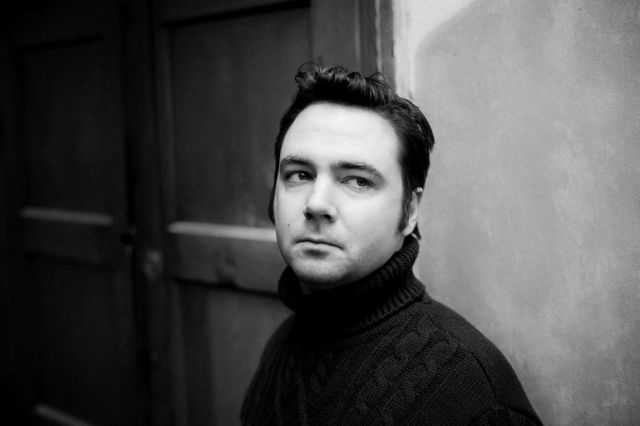 Singer-songwriter Nathan Kalish has just given the world his latest full-length LP of original tunes, “Songs for Nobody.”  After learning how to play guitar, bass and drums, in punk and hardcore bands, Kalish turned to songwriting and heavy touring with his band The Wildfire and later on with The Last Callers. Now a solo act, his work has continually received much-deserved accolades from publications like Rolling Stone Country and Americana Highways.

From a record full of diverse musical styles, the rip-roaring title track of “Songs for Nobody” is sure to put some spark in your shoes. (Think of Gram Parsons when he rocked.)  The cleverly hilarious accompanying video will also make for a much-needed laugh.

Like many other working musicians who are trapped during the COVID crisis, Nathan has taken to live streaming on Facebook to stay in touch with his fans. He has however given it a new twist with what he calls “Good Morning from My Van.” To see where he parks next to get some coffee and play some songs while you are having breakfast, tune in on Saturday, May 16 at 7:00am on his page.

Thanks, Nathan for taking the time to visit 11 Questions. Looking forward to seeing you play outside of the van!

I was born in Milwaukee but grew up in Vienna, Prague, Chicago, and Michigan, all for significant periods. I started working out of Nashville in 2010 as a touring drummer and moved here full time when my touring schedule slowed down a little back in 2017.

Last was Todd Snider’s Cash Cabin Sessions Vol. 3 digitally. The first was The Cranberries No Need to Argue. Probably Tower Records but I don’t know. There were so many music stores back in the ’90s.

Last was the Daniel Romano show at the Mercy Lounge. He played a rock set with his band The Outfit. It was awesome. It was his last show before the tour got canceled for COVID-19. The first one that wasn’t a local punk show would have been Counting Crows.

John Prine. He was one of the best songwriters in the whole world.

I get coffee at the Turnip Truck, which is not a coffee shop, but they have a great affordable cup. My favorite pizza in town is Two Boots. I’ve been wanting to try DeSano but I just haven’t gotten around to it.

Neil Young’s Heart of Gold or the part of Bob Dylan’s Blonde on Blonde they made here.

Dinos. I love their hot chicken and Animal Fries but I really just like watching the staff expertly navigate a ridiculous rush in such a small space. It inspires me to try harder.

Christy Hays because then we could drink together and maybe she would sing with me sometimes.

The new album, Songs for Nobody, came out on April 10. We did have a few months of a tour on the books for late April through September in the USA, and then Europe in October, but everything is up in the air as of now with all the COVID-19 cancellations. We will see soon enough. If we can’t get back to touring soon, I’ll just get a job at a factory and write another album in my off time.