11 Questions to a Nashville Musician: The TrueHearts 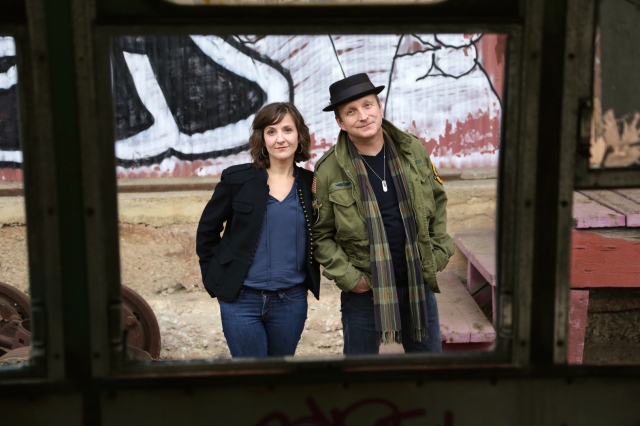 The TrueHearts are the happy loving Americana singer-songwriting couple of Steve McWilliams and Debra Buonaccorsi. The duo started out as the Hummingbyrds releasing an LP in 2016 called “Purgatory Emporium.” They are now set to drop their first record under their new band name, “Songs for Spike,” in just a few weeks, and will be playing locally to support it.

Steve and Debra gig around Music City quite often, and I was recently lucky to see them play a lively and engaging set opening a show for their fellow East Nashvillian, Tommy Womack. Tommy says a lot of nice things about his friends in his introduction to the band that you can find at their website.  The erudite Mr. Womack took the words right out of my mouth when he described their new record as “a rocking damn gorgeous eclectic set of songs about the never-ending fight to come out on top in life!”

Trading off on lead vocal duties and harmonizing on some, “Songs for Spike” is a collection of original tunes that cover different styles. From the poppy Americana sound of album opener “Won’t It Be Something” to the folk balladry of “PFC Frankie Walker” and the T.Rex vibe of “Mamzelle Marie,” there’s something to satisfy all of your musical tastes.

Thanks to The TrueHearts for answering the eleven questions which turned out to be a “times two” for a few of them. Looking forward to the June 21st album release and the show the next day at The 5 Spot. That same day you can also catch them at WMOT’s “Finally Fridays” at 3rd and Lindsley which the station also airs live at 89.5 FM.

We moved to Nashville about five years ago from the Baltimore/Washington DC area. We moved here to play music and live among fellow musicians. It’s inspiring to be surrounded by so much great talent. And, we love the vibe of the city. It was a welcome change from the DC area.

Steve: First was The Beatles Second Album (American LP) and the last was The Allman Brothers At Fillmore East. Both were on vinyl.

Debra: First was Pearl Jam’s Ten on CD and the last was Jon Batiste’s Hollywood Africans on vinyl.

Steve: First was Pat Benatar and the last was Emmylou Harris.

Debra: First was Peter Gabriel and the last was also Emmylou Harris.

For coffee, our house and for pizza, Five Points Pizza.

The 5 Spot, Dee’s, The Bowery Vault and True Music Room.

Steve’s brother in law, Jimmy Catlett (with Steve’s sister, Barbara of course. They live in Richmond.) But, I think you mean someone famous ha-ha!

We are releasing a new album Songs for Spike on June 21. We’ve got an album release show on June 22 at The 5 Spot. We’re doing a bunch of shows out of town and some radio performances. That’s all in the short term. Long term, we are hoping to expand our touring in the US, Canada and Europe.