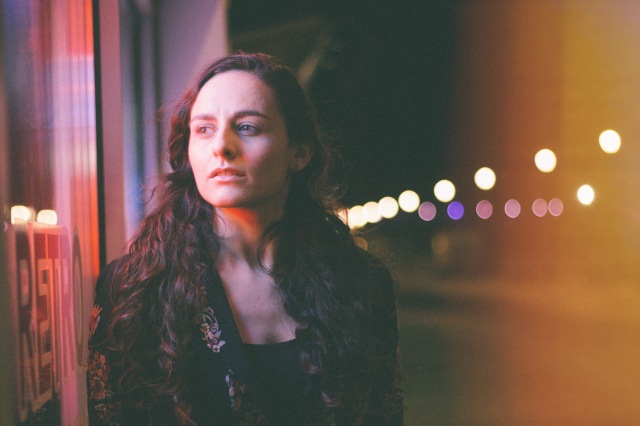 This coming Friday June 14, Americana singer-songwriter, Lucy Isabel will release “Rambling Stranger,” her first full-length record after having put out EPs in both 2016 and 2017. Raised on the Jersey Shore and educated at Yale, Lucy has rambled quite a bit, and her travels have given her plenty to write about.

Isabel’s angelic voice takes me back to classic sound of 60s folk-great Judy Collins. You can hear Lucy’s lovely vocals on the single “How it Goes” right here.

As for being a “rambler,” Lucy says “I was always looking for somewhere else to be. A rambling stranger is who I am to this day, even though I’ve now found a home for myself. My bed is in Nashville. My husband is there. But there’s always a part of me that’s looking to chase down something new, and it keeps me moving.”

Thanks to Lucy for a delightful 11 Questions. We look forward to seeing her tomorrow night, June 13, on the eve of “Rambling Stranger’s” release at the Cambria Hotel’s True Music Room. After this, she sets out on a short tour in support of the new record.

I grew up on the coast of central New Jersey in a town called Little Silver. It has a pretty quaint, small town, beach vibe. We don’t get a lot of tourists on our part of the beach, so it’s mostly locals and it’s ideal. But after college, I wanted a bit of a change. I had always planned to move to New York City when I finished school, but it didn’t feel right to me by the time I was graduating, so I changed plans. I had started writing music while I was in college, and I had been to Nashville a couple times before and loved it, so I ended up here.

What are the first and the last records you bought, and where did you buy them? Were they CD, vinyl or digital?
I’ll remind you that I’m a 90s baby, so, embarrassingly, my first record was a Britney Spears CD when I was around seven years old. The most recent record I bought was a digital copy of The War and Treaty’s Healing Tide. I first saw them perform at Americanafest in Nashville in September 2018, and they’re so unbelievably talented. If you haven’t checked them out yet, hit it up. And, if you can, see their live show.

First and last live concerts that you’ve seen?
Again, embarrassing, but the first concert I saw was an *NSYNC concert in 3rd grade. Actually, I take it back, I’m not embarrassed about that one. I would still go see *NSYNC if the opportunity presented itself. The last live concert I saw was The War and Treaty back in October. I’m on the road a lot, so I don’t often get to the shows that I’d really like to see. When I get a chance to see someone I really admire, I jump on it.

Whose star should be added to the Music City Walk of Fame?
Patsy Cline should definitely be added to the Walk of Fame. Honestly, I’m a little surprised she isn’t there already. She’s such an icon, and rightfully so. I can’t help but sing along any time one of her songs comes on.

Where do you go in Nashville for coffee and pizza?
I’m not a coffee drinker, but whenever I have a good deal of computer work to do I hit up The Well. I used to frequent their Granny White spot, which has a nice homey feel, but I moved to the Radnor Lake area, so I’ve been spending more time at their Brentwood location lately. Now, pizza. I’m a Jersey kid and pizza is very important to me. My top picks would be DeSano in Midtown, or Bella Napoli in Edgehill. Neither of those spots are the kind of places where you’d grab a slice and move along, but when it comes to the quality of the pizza, there’s no contest for me.

Where’s the best place to eat late night after a show?
I’ve got a serious sweet tooth, so no matter where I am in the country, I usually look for a solid dessert option after a show… even if I’m in the middle of nowhere and that means hitting up the candy or ice cream aisle of a Walmart on the way back to the hotel.

The Bluebird calls and asks you to host an “In the Round.” Pick three local songwriters to join you.
This is a tough one. I’ve met a lot of really talented songwriters since moving to Nashville, but I think if I could get any songwriter in town to join me for a round I’d go with Phil Vassar, Lori McKenna (she’s part-time Nashville and that’s close enough for me), and Brandy Clark.  I grew up listening to the only country radio station in New Jersey because of my mom, so anytime I hear a Phil Vassar song it brings me right back to my childhood. Lori McKenna has an amazing ability to speak really simple, yet moving, truths through her lyrics. And I loved Brandy Clark’s album 12 Stories. A lot of the lyrics are clever, and I really enjoy that in a song.

What are your favorite music venues to play in town?
I mostly play writer’s rounds when I am in town, and I’ve played a LOT of them since I moved to Nashville in 2015. The Idle Hour was a favorite of mine because it’s really a one of a kind dive bar. I met so many people there when I first moved to Nashville, so I’m looking forward to them reopening. I also like Belcourt Taps because you can count on a decent crowd, and it’s a fun set up.

Name a musician who you’d like to see move here?
I think Brandi Carlile would do well as a Nashvillian. She’s been here pretty often over the last couple years, and I think she fits right in. Her music is a big reason why I’ve made it this far. I wouldn’t be releasing Rambling Stranger if not for the inspiration I found in her career.

Finally, what’s in your musical future?
I’m looking forward to releasing my first full length album, Rambling Stranger, on June 14. From there, I’ll be hitting the road and playing in a few new cities. I’m excited to get to see some old and new faces in the audience!