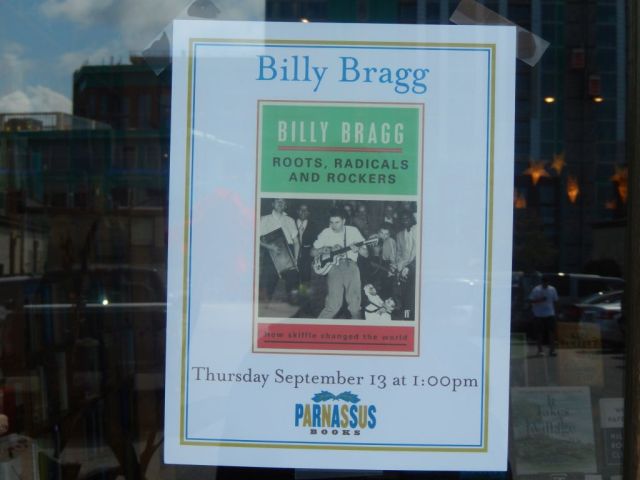 Americana week usually brings more with it than just over 300 artists swarming through the music venues of Nashville. Outside of the officially sponsored events, WMOT-FM has a steady schedule of artist interview sessions, and there were also several events at Country Music Hall of Fame. Another sideline happening was the lunchtime appearance of British singer-songwriter Billy Bragg at Parnassus Books in Green Hills.

As Nashville’s reigning top indie bookseller, Parnassus hosts about 300 book-signing events each year. They eagerly took the opportunity to allow Mr. Bragg to present his recent book, his third, Roots, Radicals and Rockers: How skiffle changed the world.

Before signing books, Bragg spoke for over an hour to a full room that included several local musicians. His presentation outlined the premise of his tome about how pivotal skiffle music and its dominant artist, Lonnie Donegan were. Billy laid a great case about how skiffle set in motion The Beatles, the British invasion and the impact that this new exciting music ultimately had on the world through its effect on teenagers.

Bragg’s journey even went pre-Donegan back to American blues, and his reference to a George Harrison quote summed it all up rather succinctly. “No Lead Belly, no Lonnie Donegan. No Lonnie Donegan, no Beatles.” 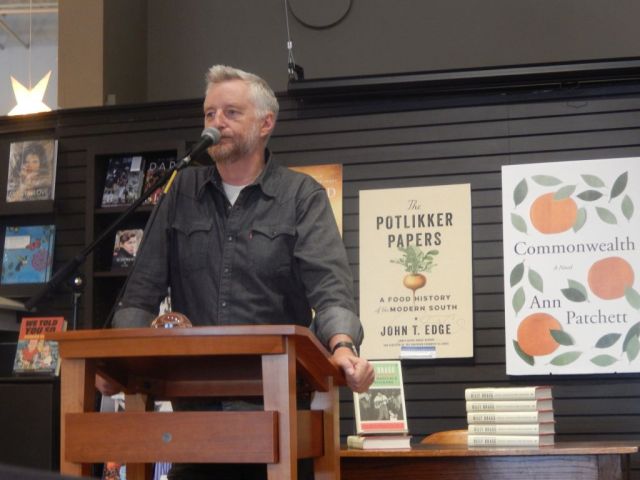 Although I am unable to properly review a book I have yet to read, if it is anywhere near as interesting and well-written as was Bragg’s erudite lecture, this book will be a cornerstone to understanding the dynamics of music history.

After taking a few questions, Bragg signed books before heading to the airport. In my turn at the signing table, in thanking him, I bestowed upon him the compliment that we consider him an honorary Nashvillian. Every time he comes to town, he touches us in a different way and today was no execption.