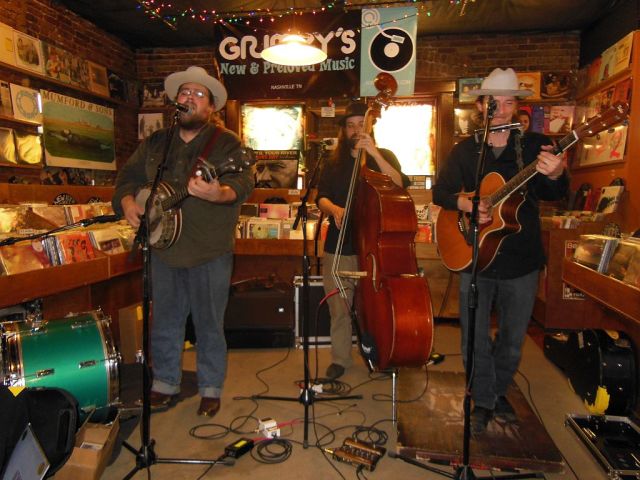 Last weekend, the stage at Grimey’s continued to be on fire, this time from a lively in-store by a trio of Nashville transplants, The Howlin’ Brothers. Having fine-tuned their live act playing around town, including a Lower Broadway stint at Layla’s Bluegrass Inn, the crowd-pleasing Brothers celebrated the release of their first major record, Howl. Just released on Brendan Benson’s Readymade Records, the Music City recording artist and sometimes Raconteur also handled the production chores. Promotion and distribution are in the hands of our friends at Thirty Tigers who keep shop just upstairs from Grimey’s.

The Howlins are a lively, take-no-prisoners band who have their musical feet in the doors of old-time country, bluegrass and blues—sort of a rougher version of The Avett Brothers. I mean that as a compliment. While these guys match the other brothers in musicianship, they do so in a simpler, down-home, fun style. Oddly enough, it’s also feet that drive this band. Their customized rhythm section consists of Ben Plasse’s stand-up bass, supported by guitar-picker Jared Green (a dead-ringer for actor Matthew McConaughey) stomping his cowboy boots on a wooden platform and by banjo-fiddle player Ian Craft pounding the foot pedal of a bass drum. 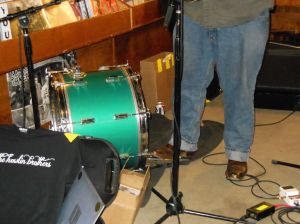 Things kicked off with Howl’s opening track, “Big Time,” a track co-written with Allman Brothers / Gov’t Mule guitarist Warren Haynes who also plays on the recorded version. “Big Time” now finds itself on my list of favorite local tracks of the year. What these guys may lack in number, they make up with their high-energy performance. The eight-song, thirty-minute set consisted of six originals and a John Hartford cover (“Julia Belle Swain”), all from the new record, plus a closing rendition of “Black-Eyed Suzie,” a traditional bluegrass number. The boys took turns sharing the lead vocals with Ian however carrying most of the load.

Currently making the rounds in Austin at SXSW, be sure to catch the boys this Wednesday (March 20th) for what will surely be a “big time” at the legendary venue that aptly suits their style–The Station Inn over in Nashville’s Gulch. Music City has another band to be proud of. 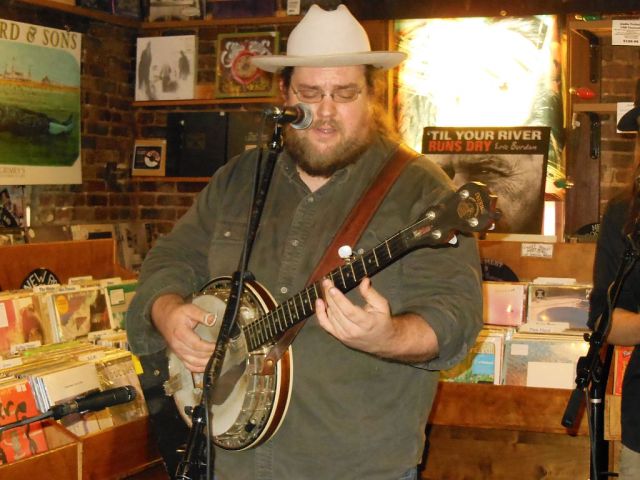