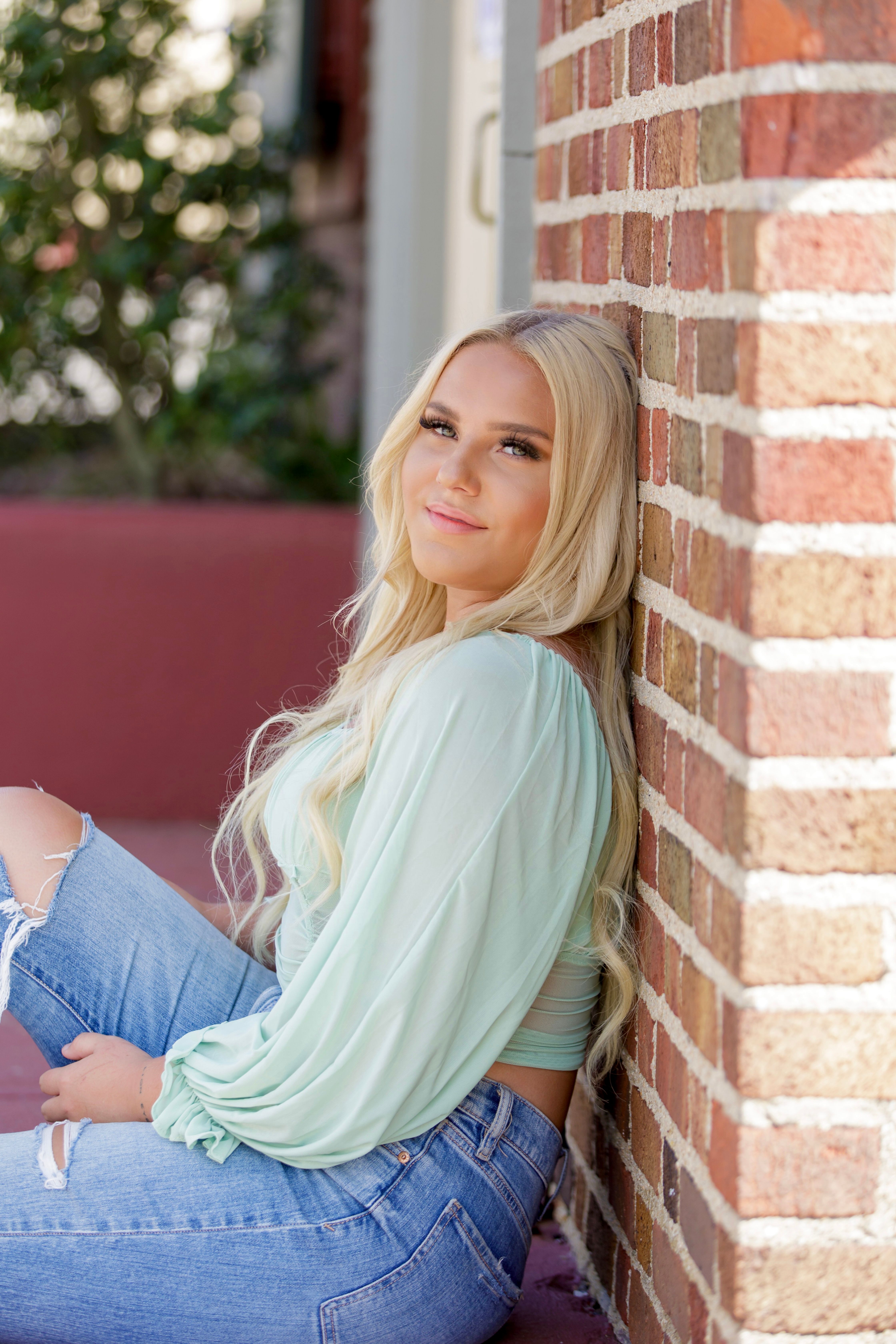 When I first moved to Nashville, I thought that for a musician, getting on a sign at the triple-intersection of Broadway, West End and 16th Avenue would be the coolest thing in the world. Well, it still is, and they have since dubbed it “The Nashville Sign.” Devon Beck, our latest “Eleven” recently got this honor to announce the release of her latest single “Homewrecker.” You can hear this killer song right here and right now!

Says Beck: “‘Homewrecker’ is about my own personal experience and about two people drawn to one another, but never single at the same time. I love the twist in the lyrics because it isn’t actually what you think it’s going to be about.”

The young Country music singer-songwriter’s catalog continues to grow, and she has now released three singles in addition to “One Sided Expectations,” an award-winning 2020 EP. Devon writes and sings heartfelt tunes that’ll make you curl up on the couch to listen and get comfy with lovely vocals.

Hurry on over and see Devon perform an acoustic show the next two Tuesdays (December 20th and 27th) at The Twelve Thirty Club over at the new Fifth + Broadway complex. Thanks Devon and keep the great music coming.

I am originally from York, PA. After graduating high school in 2020, I decided to make the move down to Nashville. Ever since I was sixteen, I have been packing my weekends playing local hometown bars, restaurants, and other venues. Having that gig experience, I was ready to take on something a little bit bigger and decided it was time to finally go for it. I am now playing acoustic gigs on Broadway and working on opportunities as a singer-songwriter.

The first CD I’ve ever “bought” (listened to) was Gavin DeGraw’s Chariot 2003 album. I fell asleep every night to that CD playing for years. I was always drawn to the rawness in his voice and loved the songwriting. I definitely feel that his style of music has influenced me heavily growing up. The most recent record I bought was Lainey Wilson’s Sayin’ What I’m Thinkin’ on vinyl. She is definitely a women of Country powerhouse. Again, she heavily influences my style of writing more recently. Her songwriting and lyrical approach are different than typical country. I am a big Lainey fan.

The first live concert I ever saw was Zac Brown Band at Hersheypark Stadium. My grandparents took me when I was probably about ten years old. My grandma opened my eyes to Country music, riding around in her car listening to Sirius XM’s The Highway.’ She took me to see Zac Brown and many other of our favorite country music singers. The most recent live concert I went to was Koe Wetzel in Franklin. I went to his concert with a couple of buddies, not really knowing who he was or his songs, but left as his biggest fan.

In my opinion, I think that Zach Bryan should be added to the Music City Walk of Fame someday. His songwriting is something Country music has not seen in a very long time. It is the most honest, truthful songs you will ever hear. They are written in the most beautiful way. He is only at the beginning of his career, and I cannot wait to see what he does in the future.

I’ll be honest I’m not much of a coffee drinker, but when I do, I really enjoy going to Elixr Coffee Roasters downtown on Fifth & Broadway. My favorite go- to pizza place is definitely Emmy Squared. So good and definitely worth trying if you are in town!

My favorite record to ever come out of Nashville would for sure be Ernest’s Flower Shops (The Album) His melodies and songwriting are insane. I got to see him perform Flower Shops last summer at Whiskey Jams’ 10th Anniversary show at the Ryman before it hit Country radio. He had the entire crowd awed with just him and his guitar. I have been a fan ever since.

I won’t lie, the best place to eat after a late night of playing gigs is definitely McDonald’s. I don’t eat it very often, but two Cheeseburgers and a Diet Coke tastes so much better after a long work night.

If the Bluebird were to call me and ask me to host “In the Round” I would for sure pick Nathan Wilson, Liam Coleman, and Cody Lohden to play it with me. Those boys are the next big thing, I’m telling you. I love hearing all of the songs they write together. Their ideas are just insane, and I love collaborating and playing shows with all three of them.

My favorite music venues to play in town are The Twelve Thirty Club, The Local, Dierks Bentley Whiskey Row, Live Oak, and so many more. I love having the opportunity to play at places I’ve always dreamed of playing. When I first visited here (probably four years ago), I always looked up to the people singing downtown and knew that’s what I wanted to do. I just didn’t know how. But all these years later, I’m finally doing it myself and all on my own!

Hopefully in my musical future I will continue to book shows and continue to work hard to make this dream a reality. I would love to do more co-writes with my friends and come up with some new songs to release in the future. Just keeping moving forward!