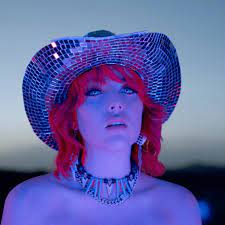 Kitty Coen has been called the “Psychedelic Rhinestone Cowgirl.” Now is that just a mad moniker or what? Well, it’s sure one that fits the fresh fullness of her exciting sound. Austin’s loss and Nashville’s gain has just released a stunning seven-song debut EP called “Disco Lemonade” that’ll just blow you mind. My song to share with my musical compadres has been the sonically mind-bending “Holy.” And it’s been unanimous that it ranks as the best un-Nashville sounding song to come out of Music City in 2021. Just let yourself go and give it a listen here!

There’s not much more to say about Kitty other than she just may be the best non-Country thing to come out of Nashville since hot chicken! I say that its time for you to dive right in and let “Disco Lemonade” add some musical flavor to your Holiday season!

While discovering Kitty ranks as one of my musical highlights of 2021, it also brings one of my biggest regrets in that I missed her November 13 show at the OG Basement. Please, Kitty, come back and do another! And thanks for this great music and for visiting 11 Questions.

I’m from North Texas, the Denton area, and I moved to Austin, TX for college and lived there until I graduated. I moved to Nashville a year ago to try and land a record deal.

The first record I bought was an Avril Lavinge CD and the last one I bought was Norman Fucking Rockwell! by Lana Del Rey on vinyl.

My first concert was Hilary Duff at the San Antonio rodeo and the last one was Miley Cyrus at ACL.

Coffee is Portland Brew and pizza is Five Points.

Slim pickings around Nashville, but I would have to say The Diner.

The Exit/In, Basement and High Watt.