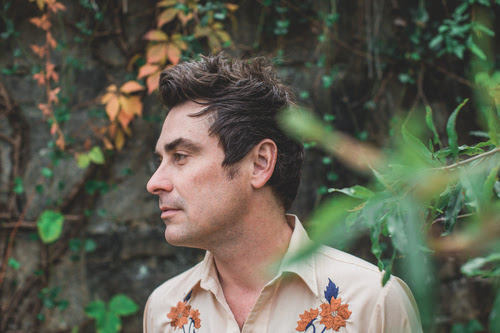 Music City singer-songwriter Eliot Bronson has delivered one fine Americana-friendly record with “Empty Spaces.” This release on New Pain Records is Eliot’s fifth and after working with the master Dave Cobb on the last two, he instead co-produced his latest with bandmate Will Robertson. Recorded in live full-band performances, this is a record that speaks loudly though its gentle intimacy.

We all know that breaking up is hard to do and Bronson looks at it in “Let Me Go” which you can watch and listen to here.  Eliot says, “The end of a relationship can feel like a car crash. There’s that moment right before impact, where time slows down, and you get this superhuman clarity on what’s about to happen. You also realize there’s nothing you can do to stop it.”

I’m so happy to have Eliot be a part of 11 Questions. He’s a frequent live streamer these days and if you hurry there’s one to catch tonight, August 29. It’s courtesy of Swallow Hall Live and you can find it through this link. Enjoy and here’s hoping I get the chance to maybe see Bronson at the Bluebird once we get normal again!

I moved to Nashville from Atlanta, my adopted hometown. I’m originally from Baltimore, MD. It was starting to feel like I had a four-hour commute, so it seemed like time.

The first album I ever bought with my own money was The Dead Milkmen’s Beelzebubba on cassette. The last one was Loretta by Loretta Lynn on Vinyl.

I went to dozens of little punk rock shows as a teenager. Maybe my first “real” concert was Ben Folds Five at the 9:30 club in DC, right before they broke up. The last (not including my own) was the Australian Bushfire Appeal at Mercy Lounge with Mary Gauthier, Nicole Atkins, Ruby Boots, Steve Poltz and lots more folks.

I don’t see how the Carter Family and Jimmie Rodgers aren’t on there yet.

Looks like lots of live streams for a while. Every Wednesday night at facebook.com/eliotbronson!