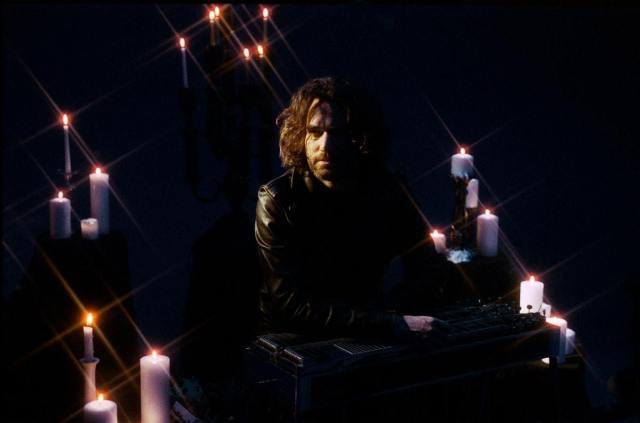 If you are a music fan who pays attention at local live shows, you have undoubtedly noticed the musical prowess of Nashville’s Luke Schneider on the pedal steel. Since working his way into the local scene, Luke’s expert playing has occasionally been heard with my favorite band, The Silver Seas, and more regularly supporting an impressive list of Americana up-and-comers (Margo Price, Caitlin Rose, William Tyler and Orville Peck) in the studio as well as on stage.

Luke has recently released a debut solo album of instrumental music on Third Man Records. And despite what your ears may think, all the sounds you hear are all coming from a vintage 1967 Emmons Push/Pull pedal steel guitar. Genre-wise, Luke’s record fits in the “New Age” section, and he has uniquely and remarkably reinvented what can be done with a pedal steel. Mysteriously soothing, Schneider’s sound is a wonderful listen to anyone’s ears, no matter where your musical allegiances may lie.

In true Third Man style, in addition to making “Altar of Harmony” available digitally and on record (the black vinyl LP drops on June 19), there are also some cool limited-edition alternate art cassette versions available now through Bandcamp. For a taste, watch the official visualizer video for “muundi tuum est.” (Yes, the titles of all eight songs on the record each caused me horrific flashbacks to my high school Latin classes.)

Luke also recently streamed a live performance from The Blue Room at Third Man. Let the sound and visuals dazzle your senses as you watch Luke recreate his magnificent music here. Thank you, Luke, for participating with 11 Questions, and we look forward to seeing you on the other side of this nasty current pandemic.

Born in Dayton, OH, grew up in Columbus, OH, and moved to Nashville in the fall of ’98 to attend MTSU.

The first record I bought with my own money was Nirvana’s Nevermind on cassette when I was 11 years old. Prior to that, I had been listening to my parents’ records and tapes. The most recent record I bought was Quiet Music 1, 2, and 3 by Steve Roach.

My first concert was Spin Doctors / Soul Asylum / Screaming Trees at Ohio’s Blossom Music Center in ’93. (I think.) My last concert was Black Lips at Lee’s Palace in Toronto on March 1.

I don’t drink coffee, but I like High Garden Tea. I like Five Points Pizza and Bella Nashville Pizza in the Farmers Market.

Tough to pick one but here’s a few:

The OG Basement and the Ryman Auditorium.

← Ranking Records—The 10 Best LPs of 1980
11 Questions to a Nashville Musician Who Moved Away: Jill Sobule →