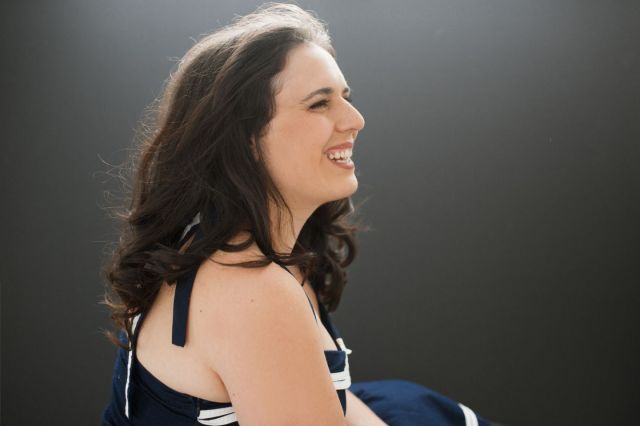 I just love it when 11 Questions introduces me to some great new music that I might have otherwise missed and gives me the chance to share it with others. Well, one of the snappiest and freshest-sounding songs I’ve heard so far this year is the title track to singer-songwriter Tai Shan’s “Travelling Show” LP. Check out the cool vibe Tai and her husband, Austin Garrison create on this live version here.

A Cornish College of the Arts- trained classical and jazz composer, Tai’s been busy since moving to Music City making music, giving lessons, and playing events and house concerts where she also displays her gift of bringing new life to the songs she covers. While some of this has of course quieted down during the current pandemic, she is maintaining an active live presence on Facebook.

My thanks go out to Tai for making some fine new music and for sharing some time with 11 Questions.

I was born in Santa Rosa, CA, a bustling town one-hour north of San Francisco nestled in Valley Oak trees, sweet grass, and vineyards. When I was a young girl of five, I saw Crystal Gayle perform. She wore a red sparkling dress and her hair touched the ground. I wanted to be her, so I grew my hair out and I started singing constantly. Often my hair would turn into one big dread, but the singing started to become my life.

My mom put me in a choir at the earliest they would let me in at seven, and I learned to read music, to harmonize and started writing my own songs. During all of this, I had a jar on my shelf that said, “Someday Nashville.” Extra dollars would be stashed in the jar and the money later became my first savings account.

Years passed and I kept writing songs, then recording albums, then touring. On my 2015 tour, I first visited Nashville and fell in love. It took another three years but in 2018 my husband and I moved across the country, touring along the way. We donated and sold most of our stuff to keep things as easy as possible, traveling across the states in a 13-foot vintage fiberglass trailer. I came here to learn to be a better songwriter. At the time, I had three albums under my belt and this new one on the way. I took the songs of this album out to writers’ rounds, to songwriting groups and started working on them. This town has been so friendly and supportive, and we gained work within a few months of arriving. Up until Coronavirus broke out I had about two shows a week.

The first was Alanis Morrisette’s Jagged Little Pill and Nirvana’s In Utero. The last album I bought was a vinyl of Life and Times by Jim Croce. Jim Croce’s softer music like “Time in a Bottle” has been a huge inspiration for me.

First was Crystal Gayle and last was the “Songs of Bravery” showcase at the Bowery Vault which features local artists presenting unreleased songs.

My first choice was DeFord Bailey, but he just got Inducted into the Music City Walk of Fame on October 22, 2019. How cool! My second choice would be Willie Nelson. I am pretty surprised he is not listed there. He of course wrote Patsy Cline’s famous hit “Crazy.”

Sip Cafe in Madison and Two Boots Pizza are my personal favorites.

Jesse Correll, Emily Ann Peterson and Bradford Loomis. They are some of my favorite friends and local songwriters.

The Bowery Vault is one of my favorites. It’s a small hole in the wall that is a vintage store and a cute venue. I mean the stage is decorated with rows of cowboy boots. I also love playing at the Tin Roof on Broadway and at the Live Oak.

Tekla Waterfield, a talented songwriter from Seattle. She is a fellow friend and musician who is on the verge of choosing to move.

Well, the release of Traveling Show is up next in my musical adventure but I am truly looking forward to getting back on tour when the Coronavirus is contained, this time traveling with my husband and my little girl who is seven months old at the time of this writing. But until then, we are live streaming daily on our Facebook at facebook.com/taishanmusic.