Robyn Hitchcock living here in Nashville has become one of the major reasons I love this city. It almost makes me forget about having to drive through Downtown behind a slow-moving pedal tavern hosting a bachelorette party. After witnessing a varied mix of his special hometown Nashville shows since Robyn left England for Music City in August 2015, my lone regret is all the years I did not pay enough attention to the fascinating work of this rock legend.

I try to use the term legend lightly, but in addition to owning the coolest collection of hip mod shirts on the planet, Hitchcock boasts a strong catalog and carries a confident charm that elevates him high amongst his peers. His love of said peers and his appreciation of their work is sincere, and his covers of songs by Dylan, The Beatles, etc. are respectfully delightful.

Now 66, he still plays and sings as good as he ever has. And his mind is sharper than a tack and his off-the-cuff bizarre between-song commentary is unmatched. His clever banter has become so natural that he could change careers and be considered a comic genius. Remarks which at at first seem somewhat non-sensical, later reveal themselves as being extremely witty. Seriously!

As the pre-show advertisements promised, Robyn’s set was career-spanning and included his new single “Sunday Never Comes.” As also promised, the main set of his songs was followed by a Beatles encore. What he didn’t tell us was who would be singing the Beatles songs. Surprise! 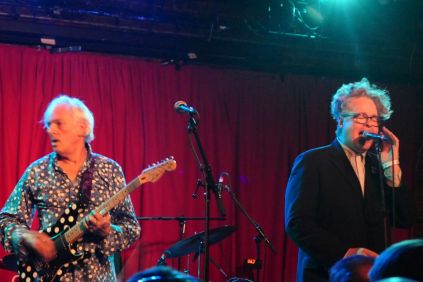 Without leaving the stage, the “encore’ began with a brilliant Power Poppy “You Won’t See Me” sung by Hitchcock’s long-time friend and the night’s opening act, Sean Nelson. While a part of me wanted the Beatles’ selections to continue in this peppy vein, the pace slowed down a bit for three of their more tender songs. Their singers were three young ladies with past musical ties to Robyn: Tristen, Lilly Hiatt and Robyn’s life partner Emma Swift. Delightful!

But it would be Mr. Hitchcock himself who would bring the night to a close, and he did so with an “I Am the Walrus” that sounded so authentic that it was scary. Closing my eyes, I thought that when I reopened them I would John, George, Paul and Ringo themselves. Adding to its genuineness was Sean Nelson’s recitation of the text from King Lear as heard on the record. Fab! 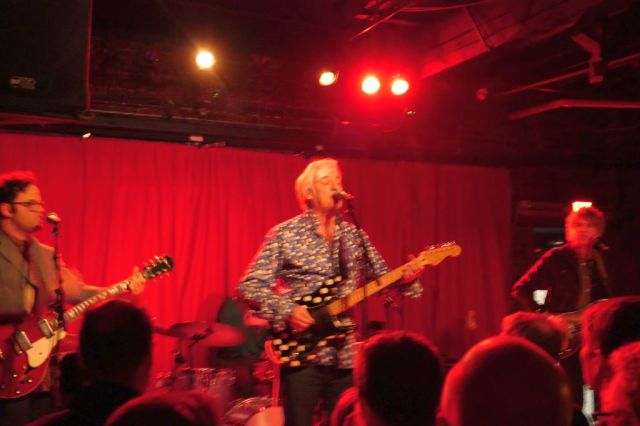 I know that we here in Music City must share Robyn Hitchcock with the rest of the world, and it was quite cool to see him recently join Wilco in Chicago for a Beatles’ song and one of his own. However, we are thankful that we get to see him play here as often as he does. And with the variety in the shows he has performed, I for one don’t plan on missing a single one. Amen!