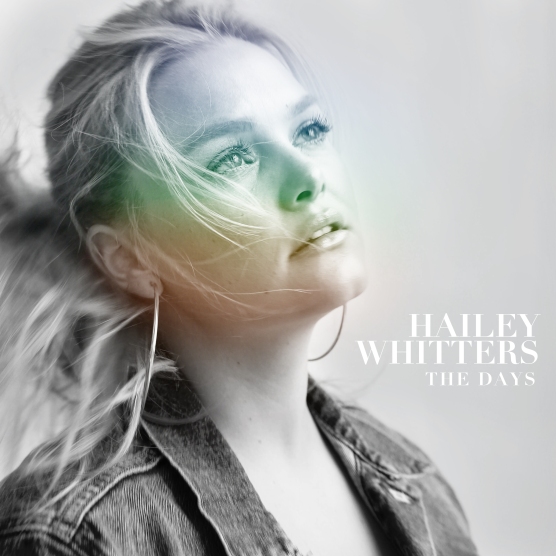 Singer-songwriter Hailey Whitters has just released her new single “The Days”  from her forthcoming album “The Dream” which will drop later this year. “Instead of counting up the days, I just want to make ‘em count” sings Hailey in this hopeful tune about slowing down, smelling the roses and not wishing your life away.

“The Days” is the second great original song from the upcoming record following the release of “Ten Year Town,” Whitters’ first new music since her 2015 debut LP “Black Sheep.” Co-written with Brandy Clark, earlier this year, Rolling Stone Country named “Ten Year Town” one of the “10 Best Country, Americana Songs of the Week.”

The delayed stardom Hailey sings about in “Ten Year Town” is soon to be a thing of the past with songs as strong as these two recent singles. And although Hailey is an Americana artist to be reckoned with in her own right, as a writer she has written songs with Little Big Town (“Happy People”), Alan Jackson (“The Older I Get”), and Martina McBride (“Low All Afternoon” & “The Real Thing”).

Thanks Hailey for joining in on the 11 Questions. For now, her calendar only has a few shows with Maren Morris scheduled for later this year. Here’s hoping for something local around the record release.

I was raised in Shueyville, IA. I moved to Nashville at seventeen and didn’t know a single soul. I just went around and started knocking on doors, asking people to write and asking bars to book me.

The first record I ever owned was the Spice Girls’ Spice record and the latest was Lucie Silvas’ E.G.O. “Black Jeans” is my jam.

First concert was LeAnn Rimes at a county fair back in Iowa. I saw Susto play a private event lately. Really dig their music.

They’re all worthy so hard to say, but I pick Dolly. I can’t believe she’s not already on it!

I go to Five Points for pizza and Retrograde for coffee.

The original Basement on 8th is my favorite place to play and Grimey is the man. Would also have to say Station Inn or the Bluebird.

I would die if the Dixie Chicks lived here.

Releasing my new record, The Dream and touring in support of it this fall.