11 Questions to a Nashville Musician: Marc Copely (J.D. and the Straight Shot) 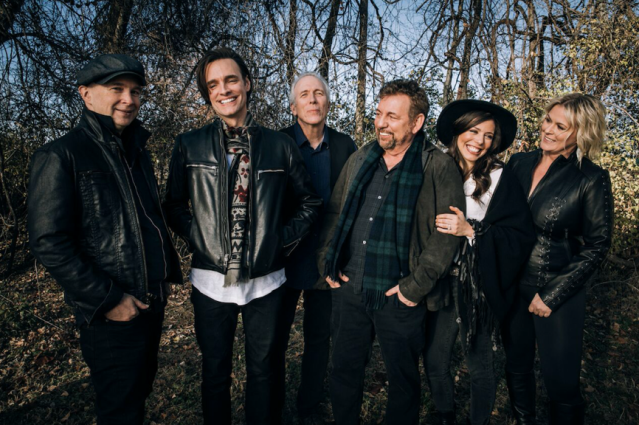 Marc Copely (second from the left)

Lately staying somewhat shy of the solo spotlight, guitarist and songwriter Marc Copely has made a quiet name for himself around Music City as both a successful writer and an accomplished sideman and musical director. A sampling of what he has done in addition to recording on his own includes writing for Willie Nelson, playing alongside B.B. King and appearing on TV and film. “When I reflect on the various things I’ve done, what ties everything together is respect for the music,” Marc says, “for me, it’s all about serving the music.” His 2009 record “Harp & Plow” was pre-nominated for a Grammy Award in the “Best Americana Album” category.

One of Marc’s recurring projects is his role as guitarist for the Nashville/New York based Americana band J.D and the Straight Shot who have opened tour dates for the likes of Don Henley, The Doobie Brothers, Chicago and the Eagles. On March 15, they released their third LP, an all-acoustic affair titled “The Great Divide” which was recorded here in Nashville and produced by Copely. The title track, which was released earlier as a single, thoughtfully touches the tough topic of the politically-divided America we live in today. Watch the striking video here.

We thank Marc for sitting down with the 11 Questions. J.D and the Straight Shot will be touring this spring.

I’m originally from Worcester, MA. I moved to Nashville in 2014 after 15 years in NYC. Nashville certainly lives up to its name as “Music City!” My publisher had a growing office in Nashville, and I had been coming down to write with different songwriters and always found inspiration there. So, it was “Nashville here we come!’

My first records were given to me by my babysitter when I was a kid. Led Zeppelin IV and Queen’s News of the World were the first two. The last two were a Music of Mississippi CD set and Ry Cooder’s Paradise and Lunch which is the third time I bought that CD. It’s legendary for sure.

First concert was Aerosmith and the last was Florence + the Machine.

I’m going to go for Buddy Miller. His own music and the Buddy and Julie music are purely beautiful music, and his work as a producer is equally inspiring to me.

I’m from New York, so I skip the coffee and pizza. But on the BBQ front though, Nashville is the best!

The first was probably Nashville Skyline by Bob Dylan. There have been so many since it’s hard to say. One under-appreciated one in my opinion is Cedartown, Georgia by Waylon Jennings.

My buddy Adam Levy. He’s one of my favorite guitar players alive and also a great songwriter.

I love playing and making music, and as long as I’m doing that, all is well.