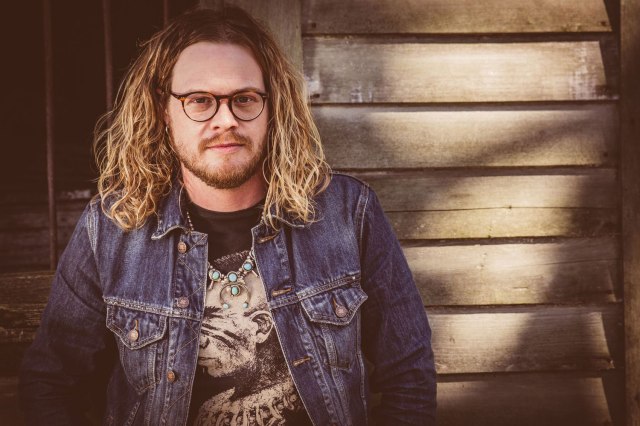 Back in April, Rolling Stone magazine included Kyle Daniel in its list of “10 Country Artists You Need to Know” along with our friend Andrew Leahey.  Daniel’s 2018 self-titled debut EP was a killer and later made Rolling Stone’s list of 2018’s Top Ten EPs. I bet it also had guys like Chris Stapleton and Jamey Johnson looking over their shoulders. If you don’t believe me, just give a listen to the barnstorming “Hangover Town.”

Well, there’s more great music coming from this gutsy Americana rocker with a classic country voice. Glide recently premiered “Born to Lose” from his upcoming “What’s There to Say?” EP. You will also hear some fine guitar work from Kyle who has served time playing with among others, Motor City’s Bob Seger and Music City’s Miranda Lambert and Jimmy Hall.

Thanks Kyle for doing the eleven and we all look forward to hearing you live at The Basement on February 28.

I’m originally from Bowling Green, KY. I moved to Murfreesboro in 2005 to pursue a degree in Music Business at Middle Tennessee State University (MTSU). While in college I formed a band called The Last Straw that toured, and we all moved to Nashville at the same time to chase the dream. We stayed together for a few years after we moved here, but then all decided to go our separate ways and explore other opportunities.

The first record I ever bought was Dookie by Green Day. It was the gold CD, and I’m not positive, but I believe that was some sort of limited release. At any rate, I LOVED that album. The last record I bought was digital and it was the new Rival Sons album Feral Roots. If you don’t know about those dudes, I highly suggest checking them out. Jay Buchanan is a MONSTER vocalist!

First show was Lynyrd Skynyrd and The Allman Brothers Band at Starwood Amphitheater back in the 90’s (GREAT Allman Brothers era). The most recent show I’ve seen was The Cadillac Three, because we just started their “Country Fuzz Tour” with them. Those dudes are ROCKSTARS!

Five Points Pizza because that habanero cream sauce pie is insanely good, and Portland Brew because they’re my favorite!

Cage the Elephant’s debut record. I went to high school with those dudes, and I’m so proud to see all of their hard work paying off. Matt is one of our generations best rock n roll writers and performers. He is one of my favorites.

Dino’s all day! They have the best burger in town.

Jaren Johnston, Jason Isbell and Seth Rentfrow because he would absolutely lose his mind.

I love The Basement and The Basement East. Both venues have something special about them, and Grimey has been a huge help in getting this project off the ground.

Lukas Nelson, so we could collaborate.

We are about to drop a new record on March 15 called “What’s There to Say?” We are extremely excited about it and the shows that will follow. We have some secrets up our sleeves for the year, but I can’t give it all away just yet! Stay tuned!