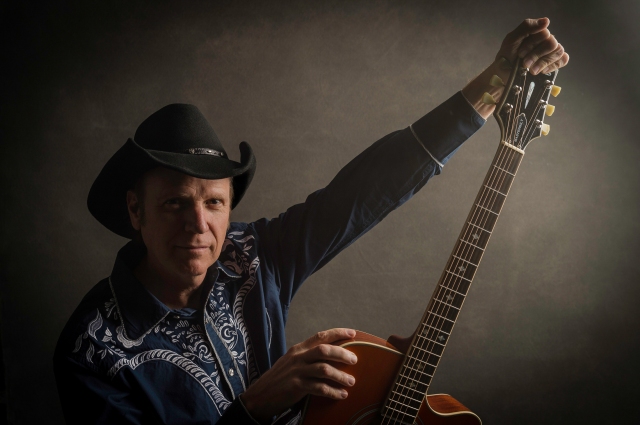 It is an incredible honor to have Jason Ringenberg participate in 11 Questions. The impact that this man has had on melding the worlds of Rock and Country music is undeniable. In a just world, his band Jason & the Scorchers would be in both the Rock and Country Music Halls of Fame. They are also one of those bands that get more respect in Europe than they do in the United States.

Call it cow-punk or alternative country, Jason & the Scorchers wrote the book on it, and Jason with his long-brimmed cowboy hat was there front and center as their dynamic lead singer. With the band not as active as they once were, Jason also works as a solo performer for both grown-ups as himself and for children in his loveable Farmer Jason character.

Jason has just released a new solo record, his sixth, called “Stand Tall” that was fan-funded to record a new batch of songs he wrote while serving as artist-in-resident at the Sequoia National Park. He’s also one-fourth of the way through a 6pm Thursday night February residency at East Nashville’s 5 Spot. It’s a show that you will regret missing if you don’t spend the measly $5 cover charge and get yourself over there.

So, thanks again Jason, not only for this, but for all the great songs and shows over the years, and for being one of the nicest people you could ever meet in Music City.

I was born and raised on an Illinois hog farm that bordered the Rock Island Line Railroad.  I moved to Nashville on July 4, 1981 to become a guitar-pickin’ music man.

The first record I bought was an 8 -track tape of John Denver’s Greatest Hits.  My most recent purchase was a vinyl version of Shovel & Rope’s Little Seeds.

My first concert experience was Ozark Mountain Daredevils and Pure Prairie League in the fall of 1977. I was a college student at Western Illinois University in Macomb, Illinois. Coming from a farm and small town, I had never seen so many people drunk and stoned in one place. It was quite an eye opener.

The last concert I attended and truly watched was Fats Kaplin and Kristi Rose in Champaign, Illinois at a house concert there.  Hmmm, obviously I have some pretty serious Illinois connections.

Wow, that is such a tough question. So many behind the scenes and out-front people deserve to be there.  But I will go with Jack Emerson, the founder of Praxis International who managed the careers of so many 80s and 90s non-country artists in Nashville. He more than anyone is responsible for making Nashville truly MUSIC CITY, not just COUNTRY MUSIC CITY.

That is easy. Bob Dylan’s Blonde on Blonde.

As it has been from the beginning, for all scruffy hungry rockers and pickers: White Castle on Broadway/West End.

The Five Spot in East Nashville for solo shows. The Exit In for rock shows.

Pontus Snibb, the drummer for Jason & the Scorchers. He lives in Sweden but would shine if he ever moved here.

I am completely focused on promoting and touring behind my new Stand Tall record.