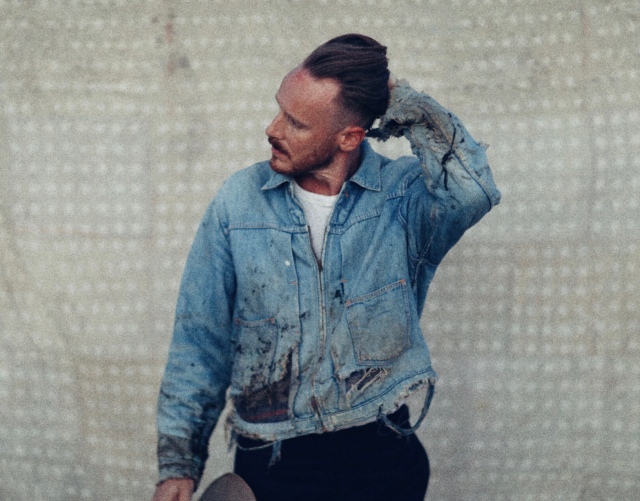 Welcome to the Nashville scene, indie/Americana artist Daniel Daniel who In May, released a debut record, “The Lonesome Hollow,” that “No Depression” called “raw cut close to the bone roots music.” Daniel has also released a self-directed video for the title track.

As a follow-up on June 29, he released the song “Black and Blue” as a tribute he penned to celebrate the life of the recently-departed celebrity chef and author, Anthony Bourdain. The song premiered and can be heard here at the “It’s Psychedelic Baby” blogsite.

Daniel performs this Friday, July 13, with a full band at the OG Basement as part of the 9pm show. We thank Daniel for giving us his 11 as well delivering such a promising musical debut.

I am originally from the D.C. area, but I moved here in 2015 to be closer to the music scene. It helped that I had a good base of friends already living here, so it felt like home almost right away.

The first I bought was the CD soundtrack to the motion film, Rudy, at Tower Records, and the last I bought was a beautiful jazz record by Blossom Dearie which I found at an estate sale.

I like Dose for coffee. It’s unpretentious, friendly, and they make a great cup of coffee. For pizza, I love DeSano Pizza & Bakery and Folk which recently opened.

Man, that is a tough one. There are so many great ones, but one that sticks out in my mind is Bob Dylan’s Blonde on Blonde.

Nashville doesn’t have a lot of late-night options so beggars can’t be choosey. But thankfully, there is the great dive bar called Dino’s Bar in East Nashville that is a great landing spot.

My buddy Philippe Bronchtein is a great writer and steel player. My pal, Winston Yellen who has one of the prettiest voices and an innate sense of melody. And lastly, Val Steele who a lot of people don’t know about yet.

Jay Bellerose. Just because I love his playing so much and selfishly, I would want to play around town with him.

Hoping to get on tour to help promote my new record. Also, I’ve been writing a lot and gearing up to get back in the studio.