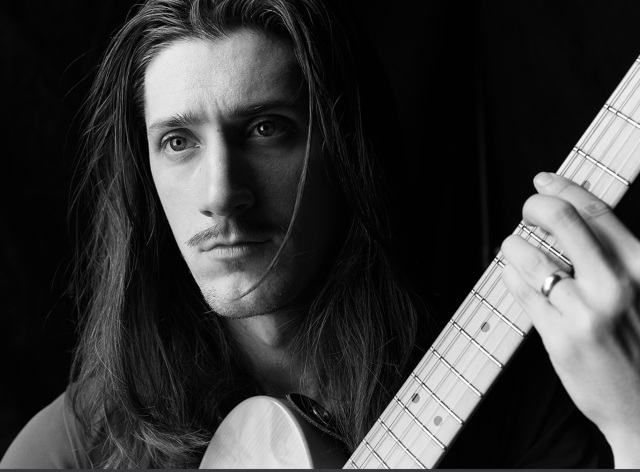 Back in 2009, the producers of “American Idol” told a young Reuben Bidez “We don’t think you have a voice that’s going to wow audiences.” Not that I even care that they are wrong, but let’s just say that Reuben’s singing wows my ears a lot more than Scotty McCreery’s. And that’s beside the fact that Reuben is a complete artist who not only sings, but plays and writes as well.

Well, Idols’ loss was Nashville’s gain, and Reuben has just released his “Something to Say” EP, a follow-up to a 2016 EP, “Turing to Wine.” Available at the usual digital outlets, it’s well worth a listen. Bidez slides into the Americana bandwagon through its vintage country-rock door. The title track is a hook-laden radio-friendly tune that sends a topical message to today’s “grandstanding from the sofa” generation.  This six-song EP is strong top to bottom and includes a  duet with our friend Molly Parden on “What You Really Wanted.”

There’s no forgetting this tall gentleman if you’ve seen him playing around town or perhaps even last year at Bonnaroo. His fresh-sounding songs will hang with and linger in your head. Thanks Reuben for giving us your eleven!

PS What a guy! He’s out there recommending East Nashville’s new spot, Folk, even before The Pizza Snob gets to publish his upcoming favorable review!

I’m originally from a little town called Fayetteville.  No, not that Fayetteville! There’s few of them, and I’m from Fayetteville, GA which is about 30 minutes south of Atlanta.  I later went to college in Atlanta and decided to make that home.  About four years ago, I felt the pull to Nashville.  The music scene in Atlanta wasn’t really doing it for me, so I chose Nashville.  It seemed not too far away, and I had already been making trips to write for several years. The community was what really drew me.

I was raised in the church, and took a liking to a kid’s show called McGee and Me!.  They put out a cassette of all the music from the show, and I wore that thing out. The last record I bought was George Harrison’s self-titled 1979 album on vinyl.  It was a Brazilian pressing in really-good condition that I found at Vinyl Tap in East Nashville.

I honestly can’t remember the first concert I ever saw.  But, I feel like it was in middle school.  It was this grungy old grocery store that did punk shows. I think I saw a band called Cool Hand Luke play that night! I was really into punk and ska when I was in middle school. My friend David Erikson introduced me to that world.  Last concert I saw was Kris Kristofferson at The Basement East here in Nashville.

Michael Grimes.  That guy has had his finger on the pulse of the Nashville music scene for years.  He’s given new artists like myself opportunities to play, willing to take chances on us.  His venues have also provided opportunities to collaborate with other artists that you wouldn’t normally cross paths with.  He’s played such a pivotal role in developing the Nashville music community.

CREMA is my go to for meeting a friend for coffee.  The best pizza in town is at a new spot called Folk.  Dat dough tho…

Robert Plant & Alison Krauss’ Raising Sand would win it for me, but, it wasn’t completely recorded in Nashville.  So, I gotta give the nod to Bob Dylan’s Nashville Skyline.

Andrew Combs, Lera Lynn, and Dylan Leblanc.  I respect these folks so much as songwriters, and they each have such unique voices.  They also know how to write an emotional song.  The show would need to be sponsored by Kleenex.

I like to have some room on stage to stretch my legs, since I’m 6’4″, ya know.  So, I love playing the Basement East.  I’ve also had some of my favorite shows at The High Watt.  It’s got a nice rock club vibe to it.

Son Little would be a fantastic addition.  I love his melding of soul and pop.  Also, Lily Costner is always welcome to return.

Hitting the road to tour my new EP.  I also have a whole batch of new songs and would love to get back in the studio in early 2019.

← Little Steven & the Disciples of Soul @ CMA Theatre at the Country Music Hall of Fame and Museum / Nashville TN / May 15, 2018
11 Questions to a Nashville Musician: Dawn Landes →