11 Questions to a Nashville Musician: Kellen Wenrich (Kellen of Troy) 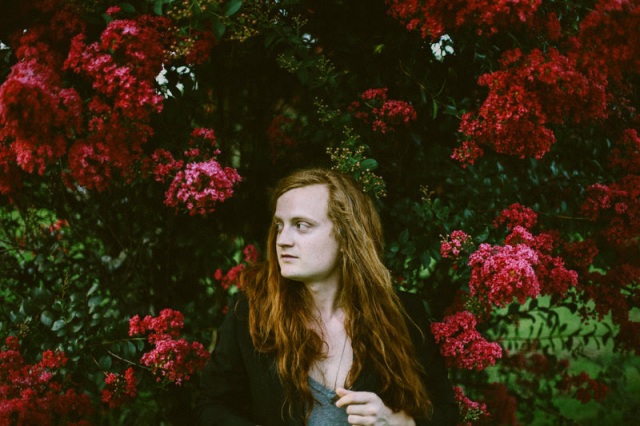 There’ve been quite a few good bands who came together out of Belmont University, and the late Apache Relay was one of my favorites. Hearing that their former fiddle player was releasing a record of his own created visions of the kind of backwoods Americana sound you might expect from a fiddle player.

But, surprisingly, Kellen Weinrich and his band, Kellen of Troy, are about to release a debut record “Posthumous Release” which is gonna rock your socks off. (Kellen had earlier put out an EP, “The Sad Bastard” in 2017.)

Kellen has written some clever songs that he sings above a passionate driving sound. He also covers some interesting lyrical territory on my two choice cuts:  religion (“Chosen Kind”) and relationships (“So You Found Yourself a Rockstar”).  Repeated listens will have you rattling off this guy’s many and varied influences.

Still in quite demand as a fiddle player (or violin if you’re a serious artist), multi-instrumentalist Kellen spends time touring and on local stages with a wide variety of artists. Out of necessity, this record was remarkably recorded at his home. Kellen had this to say about that: “It’s a cliché by now, everyone has made a record at home, or in a cabin somewhere, but it was out of necessity, and it was nice to be able to work on parts without time constraints.”

Thanks Kellen for seeking me out and putting together 11 answers for us. See you all at Dee’s for the record release!

I moved to Nashville in 2008 from Pennsylvania to study violin at Belmont. I was born in Philly and raised in and around Reading/Lancaster, Pennsylvania. Though I loved it, as soon as I turned 18 I knew I had to get out of the Keystone State. I was either gonna go to Boston or Nashville, and the latter seemed much more inviting.

What are the first and last records you bought, and where did you buy them? Were they CD, vinyl, or digital?

The first record I bought was either 98 Degrees and Rising on cassette by, well, 98 Degrees, or …Baby One More Time on CD by Britney Spears. I definitely bought both, not sure which one came first. The most recent record I bought was Hallelujah Anyhow by Hiss Golden Messenger. One of these is not like the others.

The first concert I somewhat remember seeing was James Taylor at a stadium in Hershey PA. I was really young, it was rainy and cold, and I fell asleep (sorry James). In retrospect it was a pretty cool first concert…much cooler than my first records (sorry Britney / 98 Degrees). I’m currently on the road playing fiddle with The Devil Makes Three, so the last concert I’ve seen was their show on the songs I’m not playing on. Beyond that my wife’s family and I went to the Opry when it was at the Ryman for the holidays and we got to see the awesome Jeannie Seely and Alison Krauss, amongst other greats.

Truth be told I don’t know whose names are or are not on the Music City Walk of Fame, but if Pekka Rinne isn’t on there yet he ought to be!

It’s hard to beat Nashville Skyline, but I think A Friend of a Friend might take the cake for me. I somehow was lucky enough to meet Dave Rawlings at Edgefield Sports Bar and Grill and knew I was in the presence of a genius.

The Bluebird calls and asks you to host an “In the Round”. Pick three local songwriters to join you.

I’ve had the privilege of playing the Ryman a couple times, which is emotionally humbling and acoustically breathtaking. Beyond that, I really enjoy playing The Five Spot. I’ve done a couple nights on Derek Hoke’s $2 Tuesday and recently played a gig there with That’s My Kid, Chance McCoy, and Stationwagon, who are all fantastic. The Five Spot seems to be the best club in town for a walk-up crowd looking to hear original tunes, which in my experience is pretty hard to come by in Music City.

Immediately, finishing up this fiddle-swinging gig with The Devil Makes Three (coming to Marathon Music Works Friday February 2nd!). Beyond that, Posthumous Release comes out on February 16th, which I’m beyond excited for; it’s been a long time coming, and I’m stoked to finally share these tunes with the world. We’re playing a release show Feb 15th at Dee’s Country Cocktail Lounge, and I hope to see everybody reading this there, even if just to hang at the coolest new-ish bar in-ish town. And beyond that, I’m gonna keep on making records I’m passionate about and hope that someone’s on the other end to give them a listen.