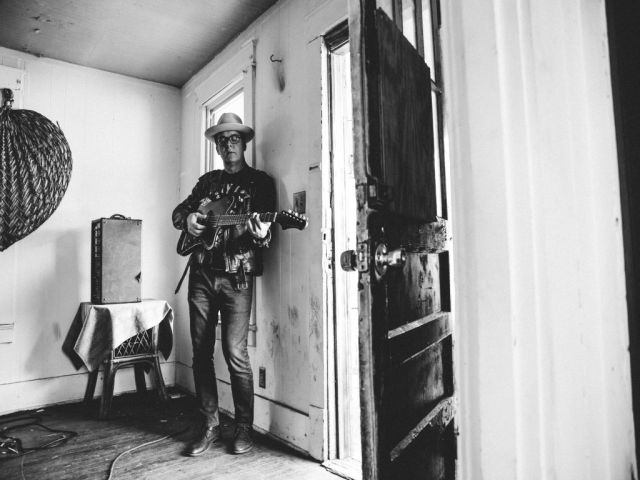 There’s a lot of ways to make great Americana music. Singer-songwriter Derek Hoke comes at it in a laidback sultry style with smooth vocals and a mellow electric guitar. To me, he’s the Roy Orbison of the East Nashville music scene.

Over the years, Music City has become blessed with some regular weekly events that provide something special on any given night of the week. If it’s a Tuesday night and you’re not at The Basement for “New Faces Nite,” you need to be at “Two Dollar Tues” at The 5 Spot. Hosted by Hoke for seven years, this weekly event has been a showcase for many notable up-and-coming artists as well as a great time to hear Derek’s music.

Hoke had this to say to NPR about the $2 cover charge and $2 beer night: “I call it a speed showcase. Everybody plays five songs, and I tell them to play the ‘best of’ — you know, get up there, kill and get off. There’s somebody coming up right after you, and we have to plow through this thing.”

In addition to his Tuesday night gig, Derek plays festivals and tours in support of his fine musical catalog. 2016’s “Southern Moon” received high praise from both Rolling Stone and the Nashville Scene and his latest, “Bring the Flood” has just been released.

11 Questions thanks Derek for taking the time to visit with us.

I was born in Brunswick, GA, but raised in Florence, SC. Florence is kind of a “pit stop” town. You know, you grab a bite to eat and fill the car up on your way to Myrtle Beach or Charleston. In the late 90’s, I had a few friends that moved to Nashville. I visited once and loved the town. In ’99, I followed suit. No dreams, or aspirations, I was just looking for a fresh start. In my life at that time, I needed one. Best decision I ever made.

The first record I ever bought was Harvest by Neil Young. Got it at a record shop in Columbia, SC. Original vinyl pressing. Decent condition. Still a favorite. Last record was probably the newest The War on Drugs album. I can’t stop listening to it! It’s just so good.

First concert was The Rolling Stones with my Dad when I was in high school. Last show I saw was probably The Pixies.

I’m pretty much a fixture at The Post East here in East Nashville. Great little coffee shop. Sadly, I quit pizza a couple of years ago. I put myself on a rather strict diet. When I was riding the pizza train, it was Five Points Pizza in East Nashville. Killer slices. (I miss them so.)

We used to have places like Bosco’s (RIP) and the Sunset Grill (RIP). Now there’s food trucks and the like. Gets harder to find good late-night food, but Five Points Pizza and The Treehouse are good options.

Well, I obviously love The 5 Spot (I’m there ever Tuesday night), and I can crank out some loud tunes or keep it mellow. It’s a great room for that. For the intimate type sets, nothing beats The Bluebird or The Basement. My favorite venue though, is Music City Roots. It’s the best of both worlds. They’ve got a great thing going there.

The band Illiterate Light. Two dudes that live in the woods of Virginia, but their music is ready to take on New York, Los Angeles, and everywhere in between. Some of the most exciting music I’ve heard in a long time. We’d be lucky to have them.

Mainly to keep growing as an artist. See what I’m capable of. Stretch the boundaries of what “Americana” and “Country” music could be.