It was “Jason Week” at the Ryman, and I would not have missed every moment of it for the world. In fact, the common thread amongst the contingent of faithful fans like me who showed up every night for all six shows was just that it just wouldn’t feel right any other way.

After successfully completing a mad dash for tickets some seven months ago (plus a repeat in August for the late-added opening Monday night show), anxieties turned to looking ahead to a week of parking downtown every night and of late nights providing insufficient sleep during a work week. With all of shows starting at 8pm and the openers getting 45-minute sets, Jason and the 400 Unit did not take the stage until 9:20pm and their 1:50 long show made for an approximate 11:10 dismissal.

Each night found most of the faithful arriving at 6pm, an hour before the doors opened, to secure each night’s limited-edition Hatch Show Print. As with prior years, Jason’s nightly Hatchs were all different, and this year’s run featured six instrument sketches representing each band member with scattered symbols that collectively represented a song from the new record, The Nashville Sound.

Once inside, we all received a complimentary card listing the opening acts on the front and providing space on the back to write down the songs played. Sadly, in this smartphone era, I doubt anyone had a pen! The nightly pre-show mix-tape was mostly songs that could have come from my record collection (e.g. The Replacements, T-Rex and The Faces). The sound eventually cranked up for The Rolling Stones’ “Monkey Man” as the band took the stage to a loud applause. It was then “I’m Jason Isbell and this is the 400 Unit. We’re from Muscle Shoals, Alabama, but we all live here in Nashville now!”

After the first night of music, all the week’s worries turned into joy. Watching 38-year old Jason Isbell command the stage with such confidence and poise and fronting perhaps the best band playing live today is an easy thing to watch for six nights. In fact, as the week went on, the collective anxieties of the faithful turned to “What (meaning how many nights) will he do next year?”

And that’s a good question. While Isbell made his lengthy stand at the Ryman, his Americana contemporary, Chris Stapleton, played two nights on the other side of Broadway at the Bridgestone Arena. Stapleton got his career boost by winning a CMA Award and gaining favor with the “un-Americana” country crowd. With Jason receiving a CMA nomination this year (The Nashville Sound is up for Album of the Year), one wonders if a similar larger and diverse fan base will be possible to avoid?  But, on the other hand, Jason could have played the Bridgestone this time around, but instead played multiple nights at the room he called his “favorite place to play anywhere in the world.” 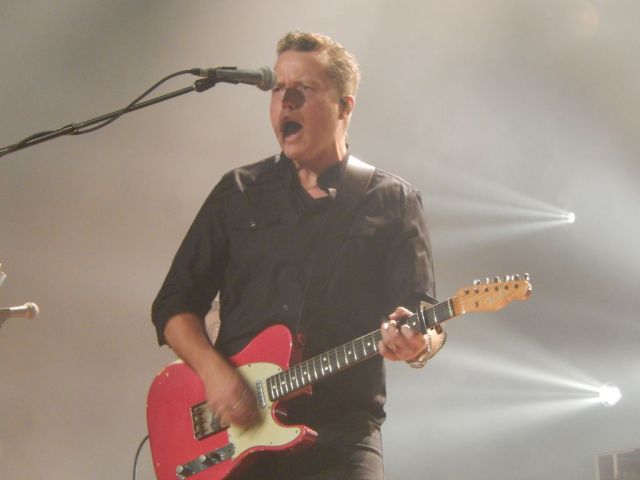 All said, it may be inevitable for Isbell and his 400 Unit to play a larger local venue. But, maybe perhaps he could still squeeze in a few Ryman dates? Why not do a deal similar to what Billy Joel does at Madison Square Garden in New York City and play a show at the Ryman each month?

Well, whatever he does I plan on being there. Seeing Jason and his band play multiple nights is a fantastic experience that starts with his hand-picked opening acts. This year’s theme was women and included: The Secret Sisters (would you believe they are from Isbell’s hometown of Green Hill, Alabama, est. population 550); Julien Baker (an up and coming songstress who won over the crowd with a quite different ethereal-sounding set); Betty LaVette (a delightful throwback to Jason’s Shoals roots); his wife Amanda Shires (joined by Miss Margo Price for a show-stopping cover of the Allman Brothers’ “Midnight Rider”), Lydia Loveless (a great set from someone who I expect to see headline the Ryman someday)  and The McCrary Sisters (a joyful reminder that the Ryman originally was a house of worship.)

Opening night for the 400 Unit pretty much followed the standard set from the tour they started around the release of their latest record. However, moving forward, not only did the set order change dramatically each night, new songs were added resulting in a total of 53 different songs heard over the six nights. Over the run, we would get to hear the entire new record and all but three songs from its two career-changing predecessors. In addition, spread over the week were 11 songs form Isbell’s three earlier solo LPs and five from his Drive-By Truckers’ days

Each show also included the special bonus treat of a different Tom Petty cover song. Offering up these tributes to the recently-departed rocker was the buzz of the week with the speculation of what song we would hear next. When I caught Jason briefly after Monday night’s show, he confirmed my hunch that there would be a new one each night adding “We know all these songs and don’t have to learn them!” The Petty songs were all in the first encore slot except for a fiery “American Girl” which Jason used as a closer calling it “the perfect Friday night song.”

To me, seeing this young man and his band for repeated shows at this stage of his career draws a parallel to my time spent following Bruce Springsteen and the E Street band for 15 shows on their 1978 Darkness on the Edge of Town tour. For both, you not only could have relished the fact that you were seeing an artist and band at their peak, but every night was different and special, with different songs flowing through the set list. Again, you were part of a strong-bonding fan community, and you simply did not want to be in any other place on earth.

I’ve said this before, but the cohesiveness and musical skillfulness of the 400 Unit line them right up with the E Street Band. And, of course, Isbell is proving himself to be as sharp a writer and as slick a guitar-player as Springsteen. While he does lack Bruce’s extreme stamina and uber-showmanship, he nonetheless provides a well-thought out and executed stage presentation that is more than just music. Interesting though is the fact that Jason has never been one to debut new songs through live performance which is something Springsteen did throughout that 1978 tour.

Which brings us to the “elephant in the room” about the current Mr. Springsteen and ruminations about what young Jason’s career could look like in 30 years’ time. Despite his continued remarkable live shows, it’s been an awfully long time since Bruce made a decent record. He also is currently on his “Springsteen on Broadway” run where he is not only offending many fans like me with obscene ticket prices, but is playing the same 15 songs every night. For this longtime Springsteen fan, this is just a kick in the gut that is hard to lightly dismiss.

Getting back to Jason’s recent Ryman run, there were many memorable moments including the nightly performance of “Cover Me Up.” For some of us among the faithful, although we may have heard it too often and slightly groan when we know it’s time in the set has come, we eventually realize that we never tire of it. Each time I heard it this week, I found myself focusing on a different aspect of Jason’s tour-de-force performance, from how he backs up at the mic before powering his vocals, or how brilliant the stage lighting looked when he shared the stage only with Amanda on fiddle and Sadler Vaden on guitar. This painfully personal number has become his signature song, and I suspect we may never see a Jason Isbell show without it. And that’s only fair to the “non-faithful” who in seeing him for the first time, deserve to see this brilliant piece played out live.

Sitting on different sides of the stage on various nights, I got a great chance to experience the playing of the different band members. They truly are a “unit” and each has rightfully earned their place in this fabulous band. This is a fact that Jason truly takes the time to savor and appreciate through his endearing introductions to them as well as those moments they share playing at close proximity: trading licks eyeball-to-eyeball with Vaden, Hart and Amanda or standing on Gamble’s drum riser or de Borja’s keyboard stand. To see this band at its absolute best, watch them play “Never Gonna Change.” This barnstormer from Isbell’s days with the Truckers has become their “Jungleland,” and deserves to be played nightly.

It is also such a bonus to have Miss Shires as a member of the Unit for these hometown shows. Not only does her “fiddle-playing” add musical color, her dynamics with Jason and the rest of the band work so well. And, of course Jason is happy to be with his wife, and their relationship stories provide fun fodder for his whimsical between-song banter.

Wednesday night’s show featured a guest spot with friend-of-the-family John Prine, a night after his 71st birthday. Playing one of John’s big old guitars that wife Amanda bought for him, the trio sang Prine’s “Storm Windows” which was followed by a “Happy Birthday” which made me laugh since Prine was caught singing the congrats to himself!

On Friday night, the whole world was treated to free live video streams of both Amanda and Jason’s sets. Both can still be viewed on-line at YouTube.

Sunday’s encore included an appearance by “Nashville’s best musician” Jerry Douglas who joined in on the twangy cover of Petty’s “You Got Lucky” and later wove his remarkable dobro playing into the band’s high-powered workout on the week’s finale of “Children of Children.”

Before leaving the stage, Jason told us he’d see us again at a December residency at the Country Music Hall of Fame. This initial cause of fan anxiety was flushed out the next morning when the Tennessean reported three Tuesday night shows at the intimate CMA Theater would be on sale soon. The good news my friends, is the tickets at this theater, which is about the same size as Broadway Bruce’s, are only about one-tenth of his price. See you there! 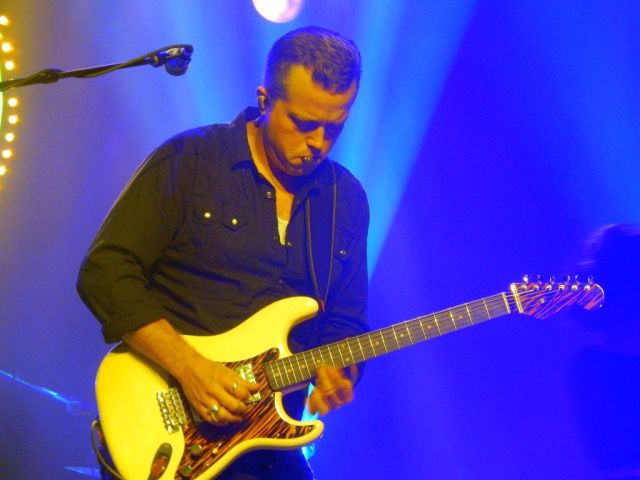