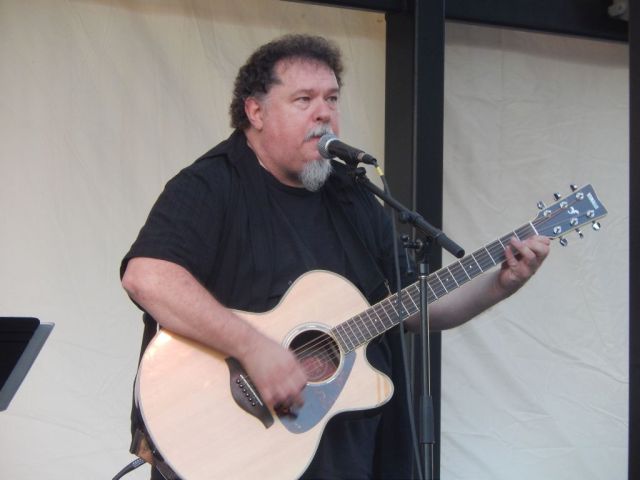 Nashville’s Bill Lloyd is regarded as a noted maker of great power pop music and has released a solid catalog of solo records to prove it. He is also held in high regard as leader and founding member of Music City classic album re-creators, The Long Players. About once a month, you can hear Bill, the band, and an assortment of guest singers faithfully cover classic albums as diverse as The Byrds’ Sweetheart of the Rodeo and Pink Floyd’s Dark Side of the Moon to packed houses.

But, I wonder how many know that Lloyd had four top ten country hits in the late 80’s as half of Foster and Lloyd? Recently, I saw a quote from a fan describing this duo as a mashup of Nick Lowe and Dave Edmund’s Rockpile with country music! Lloyd’s rock and pop roots certainly contributed to Foster and Lloyd’s success, and greater recognition of their influence on today’s Americana scene is long overdue.

Bill himself is a passionate music fan who is often seen about town watching his heroes playing live or interviewing them in his gig at the Country Music Hall of Fame. He has also been blessed in getting to work with many of them when they come to town to play or record. Luminaries that Bill has worked with include The Kinks’ Ray Davies and Squeeze’s Glenn Tilbrook. And if that isn’t enough, Bill still loves to do the co-writing thing and has penned some great tunes that he loves to showcase in the round at the Bluebird.

So, it’s an honor to present these questions to the man who I have seen perform in the music venues of Nashville more often than I can count.

I primarily grew up in Bowling Green, KY, but have also lived in Texas, Tokyo, Nashville and New York as well. I moved to Nashville as a semi-adult in late 1982 and have been here ever since.

First non-Disney album I got as I youngster was a Rick Nelson album called Rick Nelson Sings “For You” on the Decca label. That was in 1963. I don’t know where my mom bought it but it was a request! I still buy music in all formats. I recently bought Cheap Trick’s new CD called We’re All Alright!. I bought a bunch of old singles at Hound Dog Hoover’s shop in Kingston Springs just yesterday.

I think first of folks like Charlie McCoy, Mac Gayden, Wayne Moss…hometown boys who made music for the world.

Coffee…I’m not so much a connoisseur as it’s much like a street drug to me. Quick-stop or fast-food coffee to jolt me awake when it’s too early in the day. My friends make good coffee. I write songs with Andrea Zonn and her coffee is amazing. Brad Jones makes a good cup too.  Pizza Perfect makes a good pizza and they are in my ‘hood, but I like Manny’s House of Pizza in the arcade for New York style.

The Everly Brothers “Cathy’s Clown” cut in RCA Studio B.

Athens on 8th Avenue. Greek and breakfast at any hour.

Old friends like Kim Richey, Don Henry, Beth Nielsen Chapman all of whom are great and dear to me.

The Long Players really love playing at 3rd and Lindsley. Fits what we do and our audience. I have a long-standing working relationship with the Mercy Lounge/Hi-Watt and The Family Wash where I like to play with a band when I do my own rock-stuff. I’ve been playing the Bluebird since mid-80’s as a songwriter even before the in-the-round concept became the norm. I like the 5 Spot and Basement too. Hard to pick.

I’d like to see Amy Rigby move back! I miss her being around. Now she’s married to Eric Goulden (Wreckless Eric) and it would be wonderful for the both of them to be here. Don’t think that will happen though as they’re happy where they are!

I have two albums nearly finished of my own nearly done…one is more singer-songwriter-acoustic and one is more electric pop-rock as I’ve done before. I have started writing songs for a musical of sorts but that’s still more in the pipe-dream category. I have a fake band with several well-known friends, and we have about eight songs recorded that may see the light of day sometime. I am still writing a lot of songs and still playing shows (SEPT. 9 at FAMILY WASH). That is the same day as I host the Country Music Hall of Fame’s Nashville Cats series where I’ll be interviewing Mac McAnally for the series that I have hosted for over ten years now. The Long Players are doing Dylan’s Time Out of Mind album on SEPT.30. I am still the musical director for Ken Paulson’s Freedom Sings that travels around doing songs that illustrate the importance of our First Amendment. I feel very fortunate to be kinda’ busy at my age!