After releasing a few notable records, Swedish indie-pop band Shout Out Louds went away from the music scene for a few years. The quintet is now back together, and prior to a Friday festival appearance in Brighton, the band warmed up with two low-key shows at tiny London venues. The first night was at a small 600-capacity music venue called Thousand Island in Islington, and the second, for which I found myself lucky to find someone dumping a ticket, at a much smaller venue, The Lock Tavern, a pub on Camden High Street. 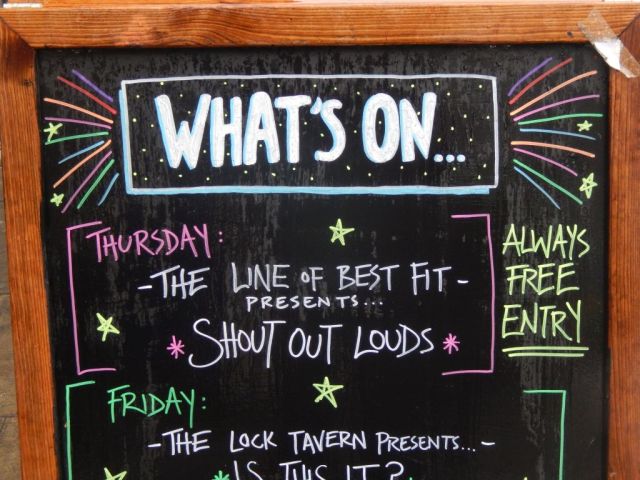 It was no surprise that tickets sold out in a flash since the Lock’s small upstairs music room held no more than fifty or so people. With a stage tucked in one corner and a long bar at one end of the room, there wasn’t much space left after the crowd slowly filled in for the 9pm show time. Assisted by the mass of a large video camera, the band’s bass player made way for the band through the audience as they took the stage just a few minutes behind schedule. 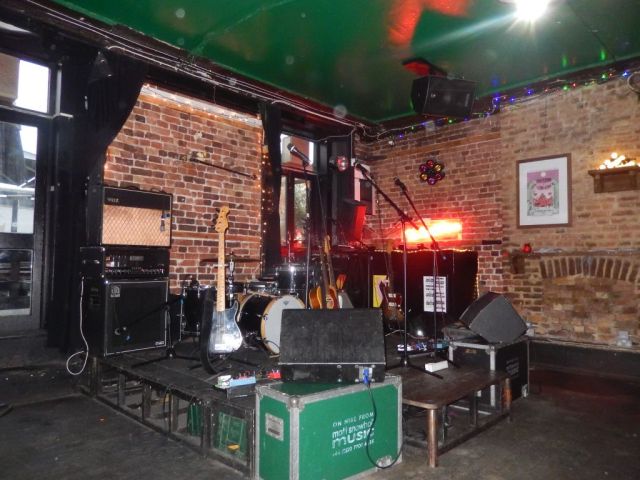 Opening with a number from an upcoming record, the band continued with a mixture of old and new. This is a pop band bent on melodic guitar riffs that at times reminded me of The Feelies from New Jersey. Most songs also tended to have extended instrumental breaks, and the singer’s English was so good that you’d never think that this was a band from Sweden.

The packed room for the most part contained feverish fans making the few disinterested in the crowd stick out like a sore thumb. The full force of the band too however was a little too much for the tiny room, and the bass and drums tended to overtake the mix. The scantily lit stage was accented by a rotating disco ball. 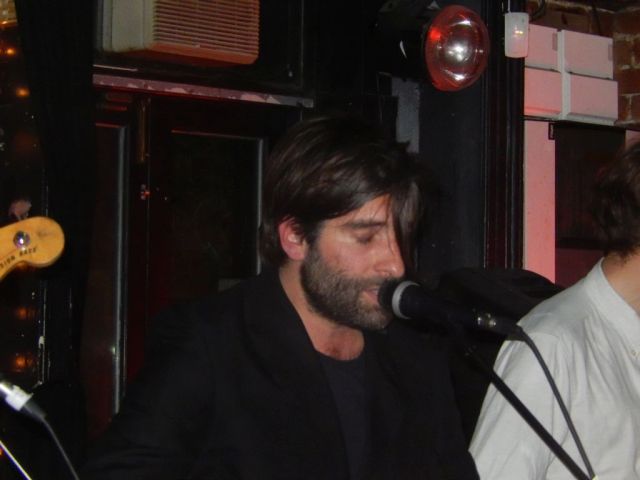 Nonetheless, it was a solid set that ended in an hour with the band announcing the end of their set. Remaining trapped on stage, they took a brief nod and then concluded with an encore song.

My interested was certainly piqued, and I now count myself as a fan of this delightful pop band. 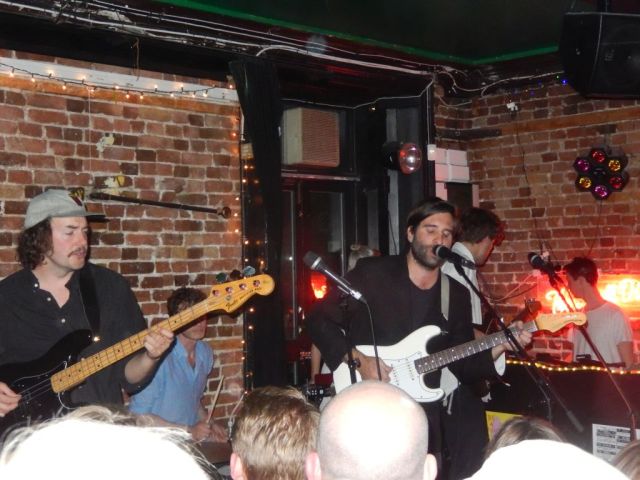 This was my first taste of music in a British pub. It got me thinking if this was what it was like back in the pub-rock days of bands like Brinsley Schwarz and Dr. Feelgood—a small crowded bar room of music fans having a great time!