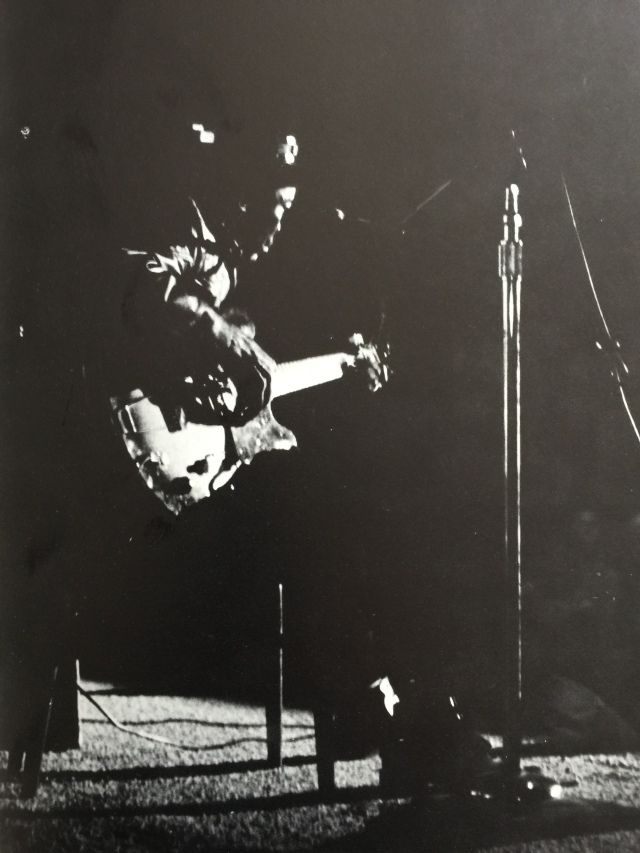 I was once a young college student on an often easily-distracted quest for knowledge. Courtesy of my school’s Student Programming Board budget, I was also offered the opportunity for some additional free non-accredited independent study in music. While the school did bring in some big touring acts to its big gym which cost a few bucks, there was a steady stream of free shows in the student lounge. In my years there, a wide eclectic range of artists were presented, some of whom I would not have paid to see due to my marginal interest and my meager concert budget. One of these shows that taught me a lot was by the legendary bluesman, John Lee Hooker.

The Lounge was a rather large room that during the school day was a quiet place where you could study or find a comfy couch to take a snooze. But, when the occasion arose, a short platform was erected in the rear to serve as a stage, and folding chairs were arranged to create a small makeshift concert hall.

Still a blushing freshman, this night was my first concert adventure at my new school, and I was eager to hear Hooker. Despite not being much of a fan of the blues at the time, his name was one that I had heard and respected. Looking back, its remarkable to discover that at the time I saw him, John Lee was as old as I am now (61).

For the event, I invited an old friend who in turn brought along one of his musician friends who I also knew, but had not seen in sometime. We all made the road trip from Bayonne to South Orange, perhaps celebrating a little too much along the way. Unfortunately, this lead to the friend of my friend getting a bit detained in the men’s room that evening. Why do I digress with this nonsense? Well, I’m just looking to say that in the next century, this young fellow would find himself inducted as a member of the Rock and Roll Hall of Fame. 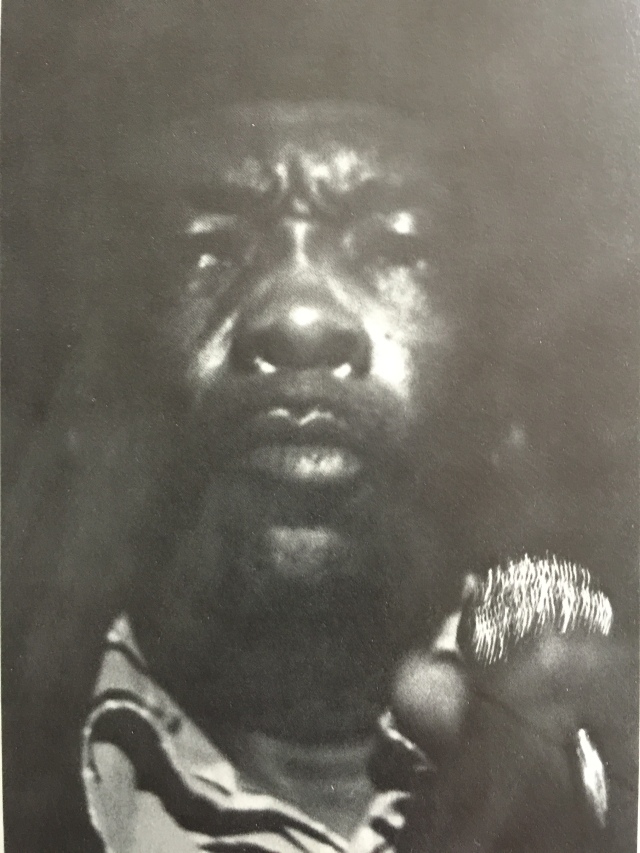 We arrived early enough to be in the front row for Mr. Hooker and his band. In a review of the show from the school’s yearbook, reviewer Dorothy Monomy said “By the end of this relatively short concert, John Lee had the audience on its feet clapping and “boogie-in’” with the Hook.” With this show being so long, ago, that too is the part I remember most—being up front wildly stomping and getting down just inches away from the man.

It was an exhilarating experience, and if I close my eyes I can still put myself back into that magical moment of “boogie-in’ with the Hook.” In retrospect I wonder what he thought of us strange young kids having such fun, and if he saw that we were sincerely enjoying his infectious music. 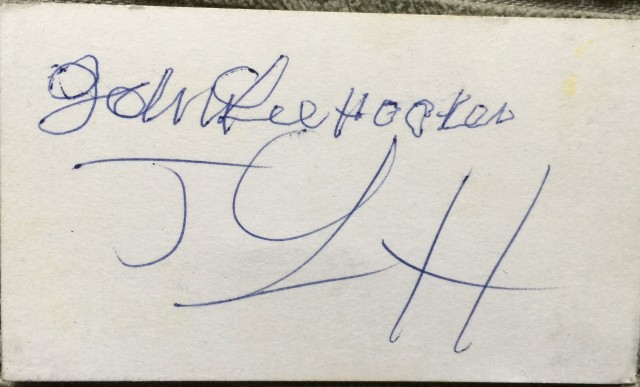 My lesson for the evening was complete in that I somehow managed to recover and get John Lee’s autograph after the show. I followed-up this class by doing my homework and remain a fan of his to this very day.