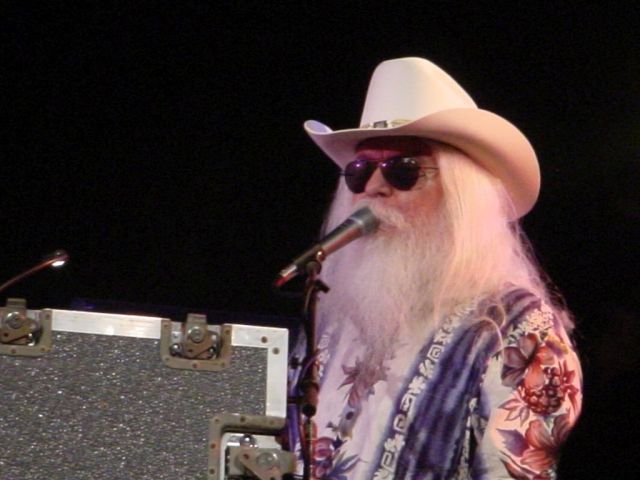 My thoughts about Leon Russell’s passing took me back to my college days when I wore out an 8-track tape of his 1972 album Carney. I also reflected upon his remarkable role in musical history as a session player with the Wrecking Crew and as a live performer and bandleader with Joe Cocker’s Mad Dogs & Englishmen and George Harrison’s Concert for Bangladesh.

Leon spent the final years of his life in the Nashville area, and I was fortunate to take in a solo piano show he gave at the Belcourt Theatre on June 2, 2004 (see photo). Hidden behind dark shades, long white hair and beard, he furthered this mysteriousness by not uttering a single word all evening. He simply let his music speak for itself and didn’t have to.

My final time to see him was with Elton John in 2010 at New York City’s Beacon Theater as part of the Speaking Clock Revue. A few months later, Elton would deservedly induct Leon into the Rock & Roll Hall of Fame.

Truly one of rock’s great composers, these lines of his caught my ear today as I listened to some Leon:

His body of work will never let is forget him.