March 5, 2016 · by mbodayle · in Concert Reviews, Uncategorized · Leave a comment 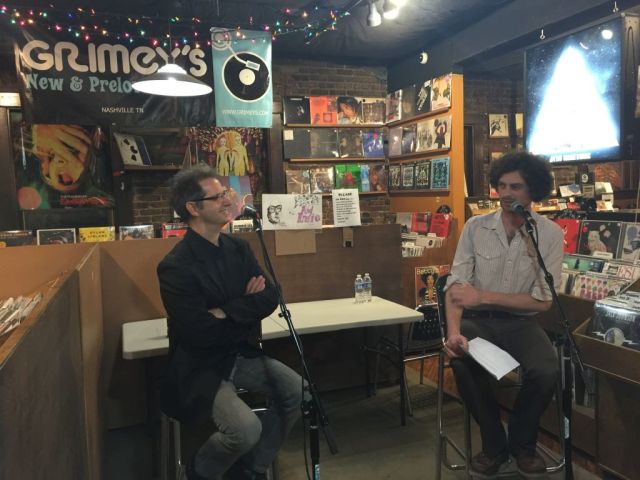 E Street Band bassist Garry Tallent, who has witnessed more live Springsteen shows than anyone other than Bruce himself, came back to Nashville during a break between River Tour shows in Milwaukee and St. Louis. In addition to catching up on his laundry, Garry managed to squeeze in a record release Friday appearance at his hometown record store.

Dropping his debut solo record, Break Time, was a long time in waiting for the 66-year old Rock & Roll Hall of Famer. It was also somewhat of a surprise in that Garry rarely sings backing vocals for Bruce and has only sang on rare occasions with his other band, Nashville’s classic-album re-creators, The Long Players.

The event was announced only the day before in the store’s weekly newsletter. But still, Grimey’s vinyl room was packed with about 75 fans for the 20-minute interview by Grimey’s staffer and Springsteen-nut Tyler Glaser. On hand to listen were several of Garry’s musician friends: fellow Long Players Steve Allen and Bill Lloyd as well as Chuck Mead, Jimmy Letser, Fats Kaplin and Kristi Rose.

Garry arrived early carrying a box of Break Time on vinyl—a relief to all since the limited pressing (that comes with a digital download) had already sold-out through mail order. (A CD release is expected to follow.) Everyone buying the record received a Break Time poster (expertly-designed by local artist-musician Bob Delevante) and a “Garry Tallent” branded 45rpm record spindle. 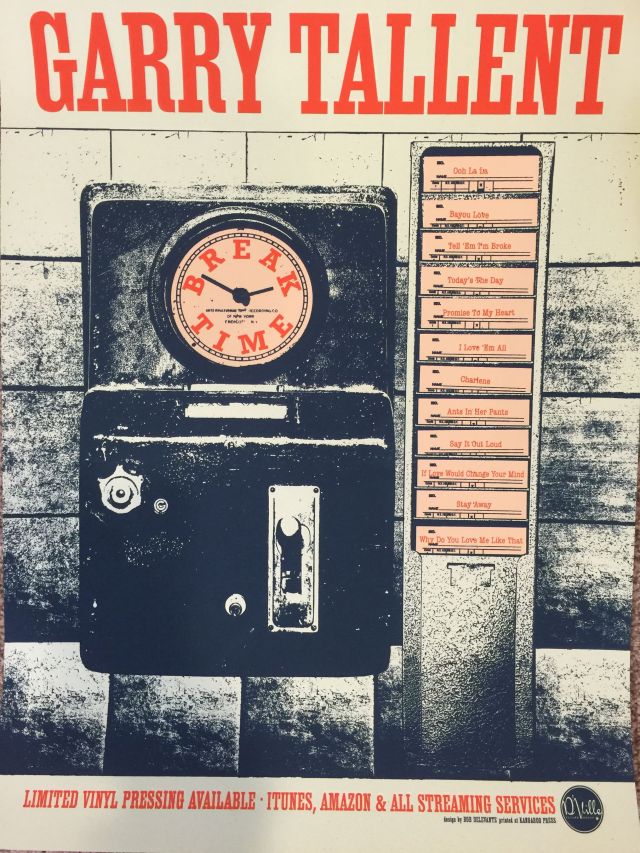 Young Tyler had a great list of questions prepared and also took some from the crowd before Garry starting signing LPs. Still carrying a fairly-strong Jersey accent, here is some of what Garry had to say.

In comparing New Jersey vs Nashville musicians, he called the Jersey guys “very competitive in a healthy way” while Nashville players were more open to helping other musicians. He saw the Jersey guys as unwilling to share with you what they knew.

He spoke of the early Jersey bar scene as being pretty much all cover bands. While a little kid, he befriended bouncers who let him in to listen. He shared a funny story about making his way into an afternoon Danny and the Juniors (60s doo-wap band) sound check at Mrs. Jay’s in Asbury Park. “They stunk,” and what followed was a feisty little Mrs. Jay telling them not to come back and hiring another band for the evening. 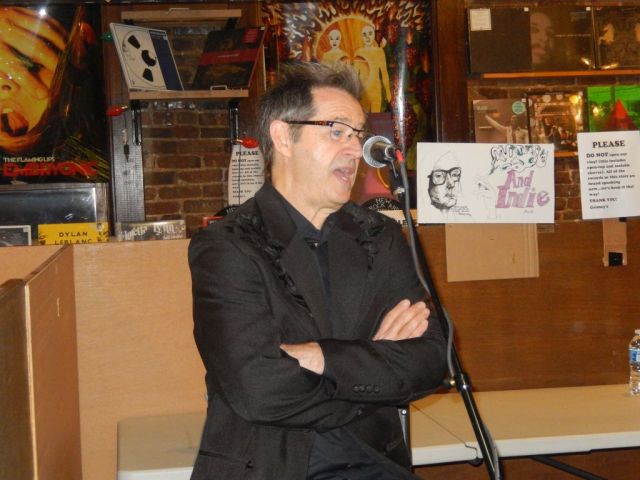 Garry also told how a bunch of Nashville friends getting together to lovingly share vinyl records led to the formation of The Long Players. His fave record they performed was The Pretenders (“All the women got to sing!”) and the hardest was Who’s Next (“Trying to copy Entwistle, since he was such a unique player.”)

As to his singing on the record, “It was terrifying.” He did not learn until just a few years ago that he was a backwards breather (“I would get light-headed doing backing vocals”). After working his way through this, he discovered that although he didn’t have a great voice, he enjoyed singing.

Making a record was a lifelong dream of his. Growing up “I wanted to be Elvis,” but when he realized he couldn’t, he decided that “being Ringo wouldn’t be too bad either.” As for making Break Time, it was recorded very quickly, but took a few years to complete. After knocking out six songs the very first day, it eventually got put on hold for further recording and finishing touches until after the last Springsteen tour ended.

The first fan question was tongue-in-cheek asking if the Long Players would be doing The River as their next record. “Not with me they’re not” laughed Tallent. He then noted that his initial rules for the band’s repertoire insisted on no Springsteen or Fleetwood Mac, without explaining his disdain for the latter.

The most interesting fan query was about Garry’s audition for The Rolling Stones when Bill Wyman retired around the same time Bruce had let the band go.  Tallent was at the top of the list (“That was nice.”) and the only one of the 50 hopefuls who got a phone call from Mick Jagger to come by to “just play and jam,” not audition. Garry then flew at the Stone’s expense to New York City in a first class cabin that to everyone’s surprise was full of bass players! As for the “jamming”, having not played in three years, “the guys really stunk.” And since the E Streeters did get back together, I am sure Garry prefers his current E Street status as opposed to being someone “off to the side in the dark” and not a real member of a band.

There were plans to do some live shows in February to promote the record. Strangely, it was in the process of working with a booking agent that Garry first learned of the River Tour. The agent returned his call saying “Do you know that other band you play with? The one that makes money? They have these dates booked.” When Bruce’s office confirmed (“Yeah, we were getting around to telling you that.”) Tallent’s tour was postponed. Garry did say that the possibility remains that there will be some club dates using the local players from the record. Let’s hope so—that would be big fun.