I guess it was fitting that my first concert at Nashville’s newest outdoor music venue would be my favorite artist and the one whose 1987 concert (with the Confederates at Vanderbilt) caused me to make my first visit to Music City. It was also somewhat strange since aside from a 2007 unscheduled slot as a solo opener at the Ryman for Dylan, it would be the first time I would see Elvis Costello, currently on tour supporting the “Mighty Dan of Steel,” as a planned opening act.

Starting his career in 1977 on the smash success of his debut LP, My Aim Is True, Costello has had the fortune of not really having to play second fiddle to anyone on the concert stage. Outside of a few notable odd dates as an opener, this tour with Steely Dan marks now only the second time (the first was for The Police in 2008) that he has gone out on an extended jaunt with an act whose record sales made them a bigger draw then he. I certainly take no offense with this as I am sure the money and the exposure are great. And as EC’s old mate Nick Lowe used to say: “Being a support act is great—thirty minutes and then I’m at the hotel bar! “ 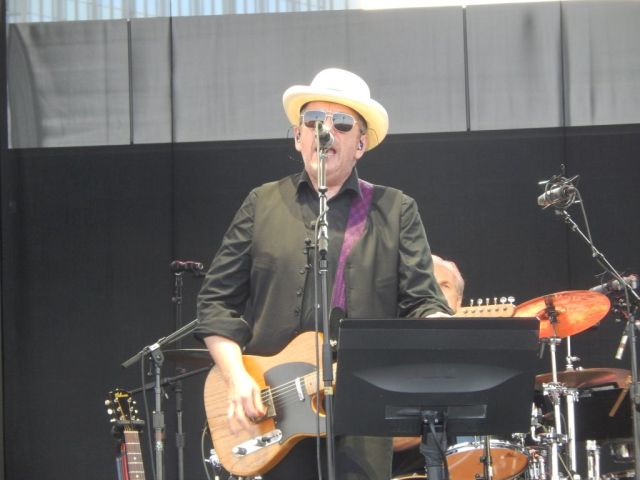 Well, tonight was a lovely pleasant summer night at my home town’s fab new shed on the river. I got to see two of my favorite bands share the same stage for the price of one show—albeit it a rather pricy one that set me back $180 to sit up front. (And Live Nation couldn’t even afford to put numbers on the folding chairs despite that $25 service fee that I paid as a part of my admission!)

Costello and his Imposters greeted the stage a few minutes ahead of their scheduled 7pm start. Fortunately, the late seated crowd was just about all there and seemed genuinely receptive throughout the Imposters’ hour-long romp through a “greatest hits plus a few others” set.

“Saturday night in Nashville, what could go wrong?” said the man when he took his first pause after a barrage of opening rockers. Well just about nothing as Costello’s set would prove to be nearly flawless with his voice strong and the band sounding sharp. As for the possibility of this being a too-Steely Dan leaning crowd, he joked that “People in the back are taking bets who we are.” Nothing could be further from the truth as he had folks standing and dancing throughout the set.

A few songs in, EC said it was time for a ballad and played a staple of this current tour, the somewhat unfamiliar “Flutter and Wow” from 2008’s worthy of your revisit LP, Momofuku. Keeping in slow mode, Elvis said “This one’s for Billy” and followed with the country classic, “Too Far Gone,” written by legendary producer Billy Sherrill who passed away this week. Could it really have been some 35 years since Costello & the Attractions came to Nashville to record an album of country covers (Almost Blue) with Sherrill? I suspect that Billy never truly got what that record was all about, but it sure opened a lot of country doors for a lot of young rock fans. 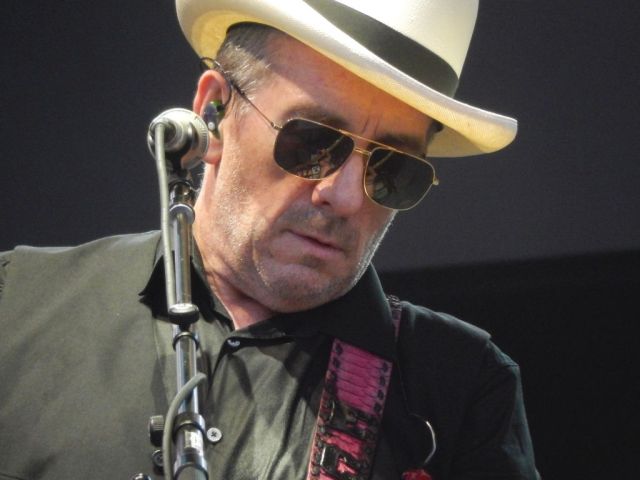 A rendering of “Clubland” took a brief detour when Elvis followed its line “There’s a piece in someone’s pocket to do the dirty work” with “I’m a fool to do your dirty work” from Steely Dan’s “Dirty Work.” Later on in the evening, my heart stopped when Donald Fagen introduced that tonight the song was going to be sung by ……… one of the backup singers! For that brief moment I thought that tonight we would see the first collaboration of this now month-long tour. Fagan earlier had given a nod to Costello’s set with an unoriginal “His aim is still true” remark.

Just before the customary set close of “Pump” and “Peace,” we got perhaps the only song tonight that really didn’t work for me. Despite the recording’s success, EC was never really pleased with the “pop” version of “Everyday I Write the Book” and has recast it several times live throughout his career. Tonight’s off-tempo version was layered with a rather sand-papery lead local that just didn’t do this great song justice 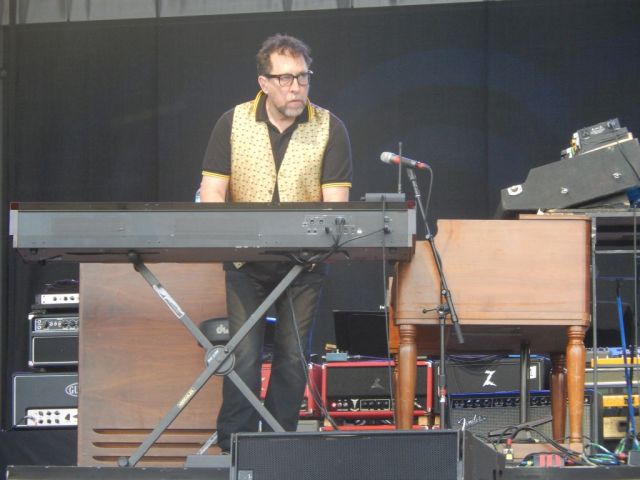 Spotted in the crowd tonight were two recent musical transplants to Music City: Bebe Buell and Robyn Hitchcock. Bebe and Costello were of course a couple back in the 80’s, and not knowing on what kind of terms they split, it was nice to see Bebe coming out from a back stage visit along with her current hubby. As for Robyn, I always knew that he had good taste in music.

One final note, I was thrilled to see Costello resurrect his green Magnatone Typhoon guitar with its “ode to Minnie Pearl” price tag still hanging from its neck. It was a pre-show visit to Gruhn Guitars before a Ryman show in the late 90’s that put that weapon into his arsenal.

Sadly the set was over all too fast, but I will nonetheless welcome Elvis Costello to town under any circumstances, Next time however I am hoping for a rocking full band set with an opener this time picked by EC.