I was initially disappointed at the quality of this year’s lineup for the Forecastle Music Festival. None of the three headliners caught my fancy, and where in the past I had seen the likes of Bob Mould, Robert Plant and The Replacements, this year there were simply no bands specifically geared to my generation.  However, in the end, I decided nonetheless to make my fourth consecutive trip to this class event.

While Day One had some great musical moments, the elements got an equal amount of attention. Starting with the sweltering near triple-digit heat, the already swollen banks of the Ohio River eventually got  drenched from a severe storm that forced an complete evacuation a mere 30 minutes before night’s end.

Here’s my Day One musical run down:

I arrived in time to catch all of Cold War Kids. A powerful and enjoyable set that absolutely packed one of the smaller stages. Loved the sound of that amplified acoustic piano.

Next was a brief visit to the main stage for the hyper-soul of St. Paul & the Broken Bones. 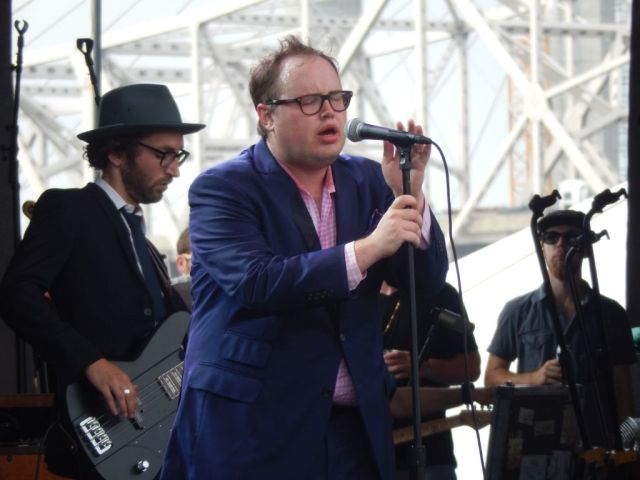 Still just feeling things out, a visit to the WFPK stage introduced me to the exquisite sounds of Brooklyn’s San Fermin. Even with two days to go, I expect that this outfit will win the prize as the band whose records I buy as a result of seeing them at the Festival. Sax and violin together in the same band? Nice. 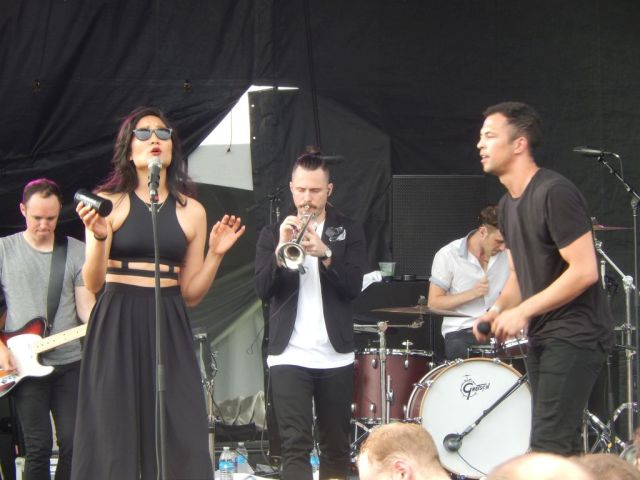 The act I looked forward to seeing most tonight were tattooed Jersey Boys, Gaslight Anthem and they did not disappoint. This was my first, but after tonight, hopefully not my last time to see them. Loved how they wrapped one of their songs around Springsteen’s “I’m on Fire.” 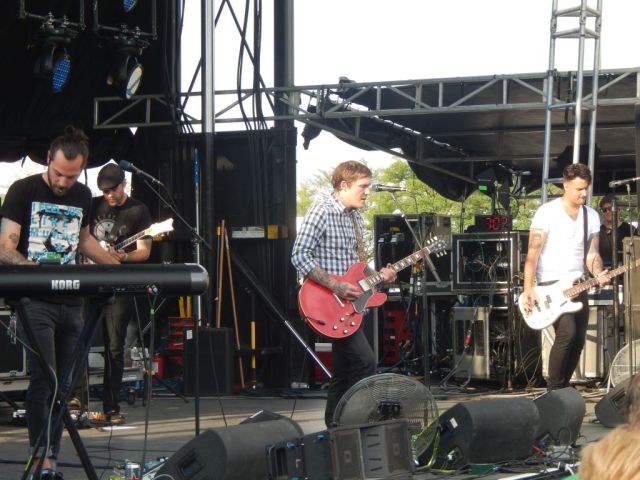 At set’s end. I had a brief encounter with Louisville’s Cage the Elephant. At least the lead singer had it right shedding his shirt for the performance. His shirtless wild stage antics however, made me for a moment think I had somehow stumbled upon an Iggy Pop set.

Another local band were the lively and soulful Houndmouth. They drew such a crowd to the smaller stage that my late arrival ruled out any chance for a decent viewing area.

Finally, it was the main stage headliner Sam Smith. While I had trouble working up any pre-show enthusiasm to see him, I must say that I was truly taken by his vocal prowess and his crack band. I was also surprised to learn that this was his first show after throat surgery three months ago. And man, do those young females in the crowd love this guy and know every word to every song. 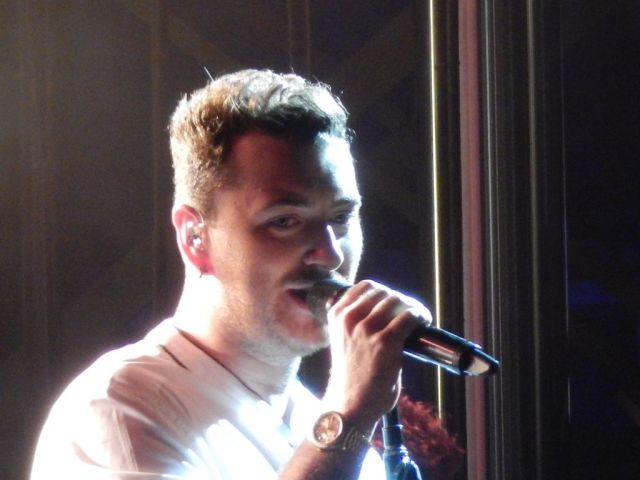 With 30 minutes left in Sam’s set, things got real scary as a severe storm came in like a flash. The 60 mph winds made for a complete evacuation of the festival site, and thankfully we all seem to have made it out safe. I will forever remember the look on Sam’s face as he bolted off stage which was my first sign that something was not right.

Hopefully the stages and tents will all still be in one piece, and we will be back tomorrow for Day 2.