I previously used this space to praise the exciting new music being made by Ms. Bebe Buell after seeing her and her crack band at The Basement last July. After a few unfortunate misses, I finally had the pleasure of seeing Bebe and her Aces again—this time at Music City’s hallowed Bluebird Cafe.

Since that debut at the Basement, this show marked Bebe’s third sold-out appearance at the ‘Bird. Rocking out this intimate room, better known for having four sensitive country songwriters singing in a circle, Bebe also poured out love for fans as well as respect for this treasured Nashville institution.

Starting with her Jagger-esque entrance to the strains of the Ace’s smooth-groove intro of the Stones’  “Monkey Man,” Bebe took a command of the room that she never lost. She then treated us to a 90-minute magical musical evening with her self-described “alto” voice fronting one of Nashville’s best assembled new bands. Sitting up close this time, I really appreciated the melodic guitar frills from Jimmy Walls and the solid rhythmic guitar styling from Jon Tiven.

The night’s collection of her fabulously-penned new tunes included a few newer ones added since the Basement set. One of these is “By a Woman” which we will soon hear Bebe duet with Crystal Gayle on an upcoming DVD release.

Since the show sold-out in just a few minutes the week before, no one in attendance was there reacting to the recent Steven Tyler sightings around town. For the uninformed, Bebe and Steven were once a couple and together are proud parents to actress Liv Tyler. (Tyler is in town writing songs.) 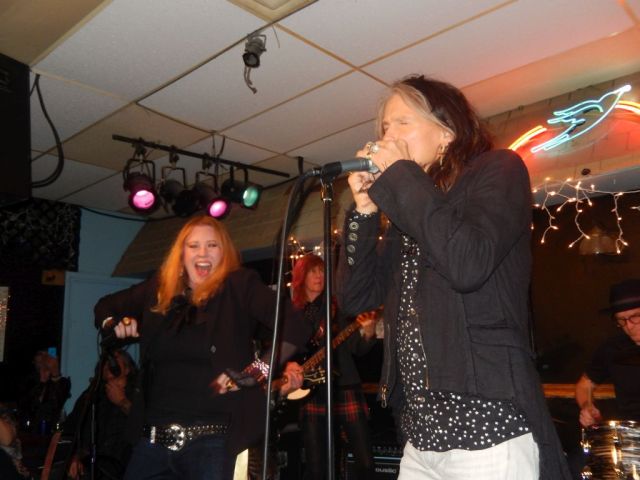 Well, it didn’t take long for everyone to spot the Aerosmith front man sitting at a table acting fan-like snapping photos on his IPad. I could sense that the buoyant Bebe knew Steven was in the room. She eventually acknowledged his presence referring to him as “My Baby Daddy.” But, it wasn’t until her penultimate song that she boldly took the risk and asked him to play some harmonica.

While it was only for a few minutes, it’s now on the list of my most exciting concert moments. How cool it was to sit just a few feet away from this former loving couple reuniting on this small stage. Steven can sure play the harp (see the video shot by my tablemate below). He even went freestyle with a few trademark vocal growls. And despite his less-than-candid remark about how he and Bebe “hadn’t had sex like this in so long,” it was a heartfelt and loving reunion that was a joy to see.

Earlier in the set, Bebe had shared the stage with another “Stevie,” the famed poet and Beach Boy collaborator, Stephen Kalinich, who provided a brief intermission with a poetry reading. 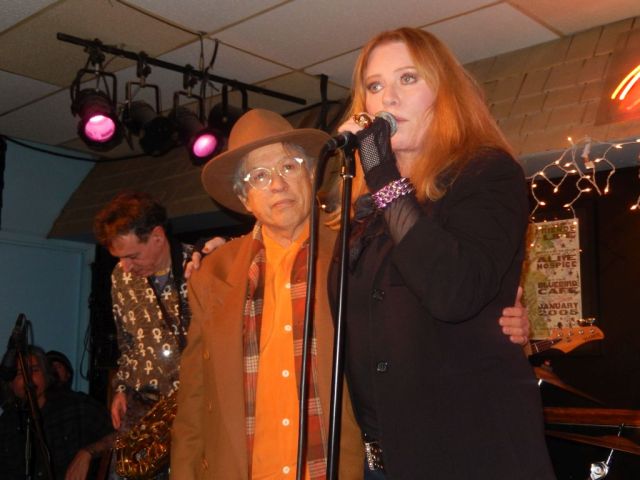 I know that anyone who was in the room with me this night will agree, Bebe and her band are well worth seeing. She has a true rock and roll heart that draws you in. Like my friend said as we left, this is a band we want to see every time they play. It’s a fun evening even without the special guests that we saw tonight.