In the late Seventies, I closely followed the releases of England’s Stiff Records. One of Stiff’s best-selling artists was the late Ian Dury who amassed major stardom in his home of England. In fact, I believe that his only tour of the States was for his debut record in 1978, opening for Lou Reed. (Yours truly caught a show at the Capital Theatre in Passaic, NJ.) Although Dury passed away in 2000, his musical memory still survives today in Britain through the continued efforts of his backing band, The Blockheads.

On this pleasant Friday evening in a small room in Central London, a band featuring three original Blockheads performed a spirited set of old and new songs while heralding their new release, Same Horse Different Rider. The Dury-esque title is an obvious reference to the band’s presently performing with a new lead vocalist.

I must admit that I arrived with slight trepidation from not knowing what to expect of the Blockheads without Dury. Delightfully, I am pleased to report that this was no mere tribute band. I would even go so far to say that it is one that even crotchety old Ian Dury would approve of. 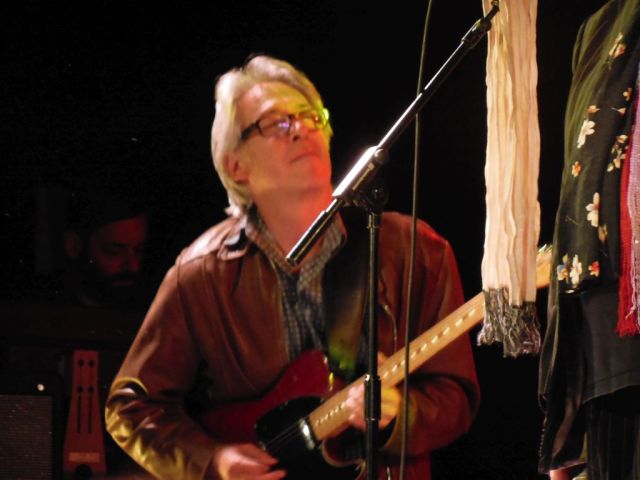 The key surviving Blockhead’s are Dury’s main man and musical co-writer, Chaz Jankel, the highly animated and motivating bass player, Norman Watt-Roy, and keyboardist Mick Gallagher. New and on center stage with lead vocals is Derek Hussey. As the man who would be in the spotlight, Hussey was the perfect choice since he is no stranger to the band, having served as Dury’s right-hand man and travelling companion for many years. 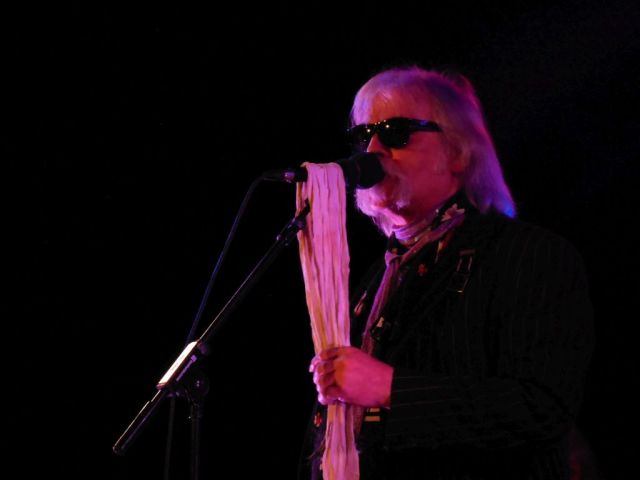 Today’s Blockheads sound as musically brilliant as they ever have, and Hussey’s vocals are a perfect fit. Close your eyes and you barely will notice the difference. Without trying to mimic Dury’s bawdy on-stage manner, Hussey instead stands rather firm and rigid onstage. But his deep Essex accent respectfully recreates Dury’s unique vocal styling.

The night included a sampling of new songs which all had that old Blockhead’s feel. And for the nostalgic-frenzied crowd, the group did not miss reprising any of Dury’s big hits. Things really gelled for me midway through the set when Jankel kicked into the frilly piano opening for “Wake Up and Make Love with Me” followed by Watt-Roy’s thundering dance beat on the bass. There was no doubt this was the real thing–pure bliss. 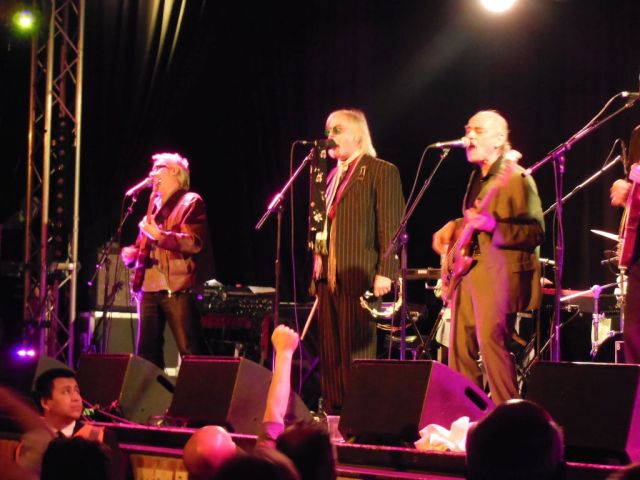 The main set closed out with the two biggest Dury numbers (“Reasons” and “Rhythm Stick”) which made me wonder what their encore would be. Foolish me, how could I forget that they had yet to do their namesake number “Blockheads!” The show ended with a classy finish with each band member exiting one at a time until the rhythm section remained to shut things down.

What a great walk back in time this was to hear these Ian Dury songs sounding as fresh today as they ever have. Judging by the rowdy room of hardcore fans, dancing, singing and shouting their way throughout the entire evening, the Blockheads could find a home every Friday night at the 929 in London.