“Willie Nile is so good I can’t believe he’s not from New Jersey!”

Since his 1980 self-titled debut, I have loosely followed and enjoyed East Coast singer-songwriter Willie Nile’s recorded output. Nineteen eighty was also the year I left Jersey. It took me over thirty years to finally see him live and understand what Little Steven was talking about. On this cold wintery New Jersey night, I joined an enthusiastic throng of Willie Nile believers at a church in Montclair. I left that night a believer, too.

Outpost in the Burbs is a great non-profit concert series held in a Unitarian Church just off of downtown Montclair. It is one of several regular programs of “concerts for older people” on which I always check for my trips back home. They present great acts at a reasonable price in a comfortable, fine-sounding room filled with friendly and respectful fans. You really can’t ask for more. 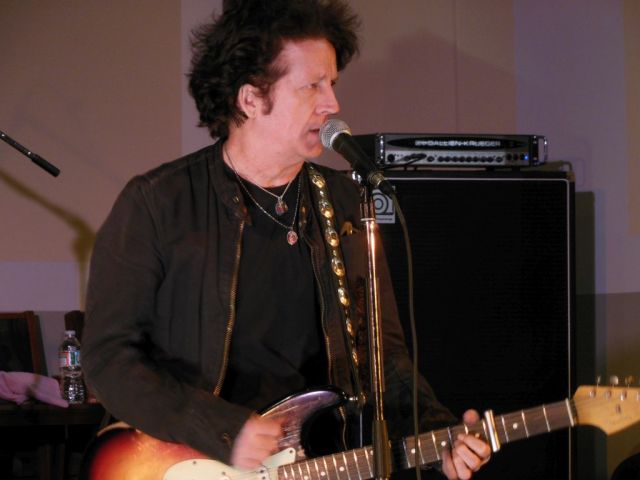 After a fun opening set by Jerseyite Joe D’Urso, Willie Nile and his rock solid quartet took to the stage strong by ripping right into “This Is Our Time,” the opening track of his latest record, American Ride. The night featured much from Ride which was no disappointment since it ranks as perhaps Nile’s finest efforts.  It also ranks as one of the best records of 2013.

Willie Nile’s live set was an in-your-face, high energy, Springsteen-esque blast of guitars, bass and drums. He was an expressive, emotive and energetic live performer who kept me on the edge of my seat. His band was led by young lead guitarist, Matt Hogan. A skillful and flashy player, Hogan was at times guilty of getting carried away with his showmanship–as if he had watched one too many Eddie Van Halen videos. Underneath this mighty wall of sound, though, Nile showed that over the years he has remained a gifted and poignant songwriter. He showcased this sensitive side during a brief mid-set solo stint at the piano. 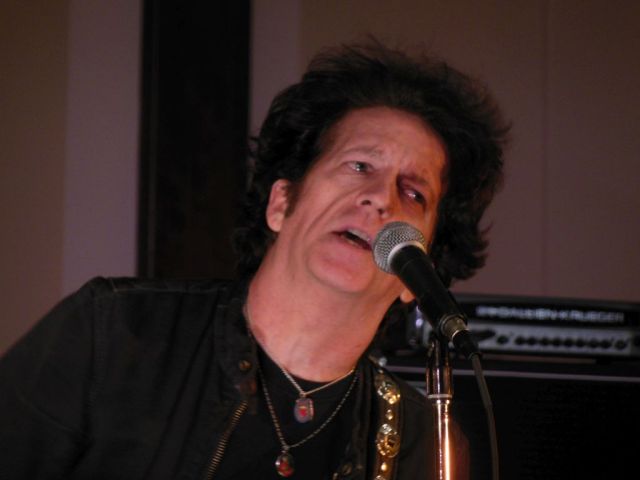 A minor theme for tonight’s show can be found in Nile’s cover of the late Jim Carroll’s “People Who Died,” which also appears on his latest record.  He paid tribute to the recently-departed Phil Everly, Levon Helm, and Lou Reed. For Levon, he played the new “When Levon Sings” and politely asked the audience to keep it off of YouTube until it is released. He honored Lou with a version of The Velvet Underground’s “Sweet Jane”–perhaps the best cover of the song since Mott the Hoople.

The show ended strong with added vocal support from opener D’Urzo and his excited pre-teen daughter. Nile’s anthemic “One Guitar” led into a rocking cover of “A Hard Day’s Night” before he sent the congregation home with “You Gotta Be a Buddha (In a Place Like This).”

I am hopeful that Willie Nile will follow the footsteps of his fellow East Coast friends, Garland Jeffreys and James Maddock, and pay a visit to Music City. He told me after the show that he plans on coming to town later this year to write. I’m sure that Grimey will make the Basement available if he’s up for a show!

with:
Joe D’Urso—guitar and vocals (“A Hard Day’s Night)