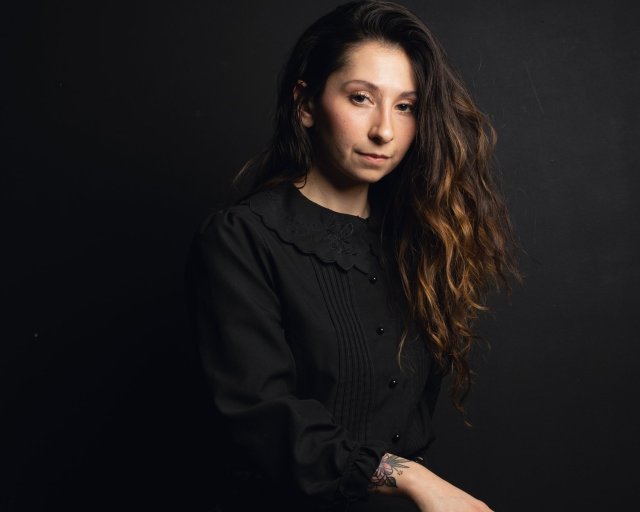 Time for a refresh from another 11 Questions’ alumni. This one is courtesy of Jess Jocoy, a gifted singer-songwriter with one of Nashville’s loveliest voices. Jess has recently released her sophomore full-length LP “Let There Be No Despair” recorded at Cabin Studios here in Music City with co-producer Brandon Bell and a cast of East Nashville’s best players.

Jess has a knack for crafting heartfelt song narratives and “The Gardener” from the new record is one of her finest. Give it a watch and listen here.

Loved across the pond in England, late last year, the readers of “Americana UK” voted Jess as the winner of “The Twang Factor 2.” Here’s the video that got her the prize.

Thanks, Jess, for coming back to 11 Questions. Your new record has been a lovely backdrop to the start of this long hot summer. Hope to see you soon!

What have you been doing since your first “11 Questions” interview?

A lot! Drumming up new songs, playing shows, and now, getting ready to take this road show across the Pond to the UK!

Anything you said in your last interview that you now want to change?

I love the idea that a city with so much history and local culture can grow and be shared with new scores of people. Nashvillians are proud to be Nashvillians, even if they’ve transplanted from somewhere else (myself, included). I don’t really love that every new building being built seems like just another glass box. It gives a kind of staleness to the skyline, a trait much cherished of Nashville.

What was the most recent record you bought, where did you get it, and what format was it?

This will coincide with my last “11 Questions”! It’s been a hot minute since I’ve had time to buy anything recently, but I was at the Dripping Springs Songwriter Festival near Austin last October and went to Waterloo Records and bought three Gregory Alan Isakov albums (This Empty Northern Hemisphere, The Weatherman, and The Sea, That Gambler). I’ve become even more obsessed with his work since we last spoke. I probably listen to This Empty Northern Hemisphere about once a day, if not a couple times a week.

What was the most recent live show that you saw?

Gregory Alan Isakov at The Ryman… It was stellar! (Told you, obsessed!)

What Nashville musician are you currently jealous of?

Jealous is a hard word. Old Jess has really struggled with jealousy, which rears its head as self-doubt, but over the years I’ve been learning to turn that into pure admiration. I really admire artists like Drew and Ellie Holcomb and such, but I also love keeping up with my local artist friends like Ellie Turner, Stephen Dunn, and Kyle Trask – all artists worth checking out!

What is your favorite new music venue in town and which one that’s gone do you miss the most?

Dare I say, I haven’t had a lot of time to check out new venues, especially since/with the pandemic. I have yet to see a show at Brooklyn Bowl, but I hear great things and the talent they bring in is bar none. While not “gone” per se, I’m sad to hear of the Cannery Row closure.

What do you listen to in the car?

A little bit of everything! In one drive I can go from instrumental think music like Lama House to Trad Irish Folk Songs to a Feel-Good playlist of Jackie Wilson and Sam Cooke.

Tell us the last TV show that you binge-watched.

I just binged a series on Prime called The Outlaws with Stephen Merchant about strangers who are forced to come together to complete community service and end up bonding in a way they never would’ve thought – it was hilarious! I love Merchant’s dry sense of humor; as a writer he’s one of the best.

What do you really think of Nashville hot chicken?

I don’t eat hot chicken enough to have a proper opinion. After the pandemic started, I went vegan for a time, and while no longer vegan, I do try to eat “healthier”, so I haven’t had fried chicken in ages! To be honest, though, I couldn’t stand the real heat, even if I wanted to ha-ha!

Finally, like I asked you last time, what’s in your musical future?

Releasing Let There Be No Despair this month, followed up by going to the UK for an eight-week tour, which I’m over the moon about! From there, come back and keep spreading the music like a wildfire. From there? Hopefully go back to the UK and make the cross to mainland Europe. Folks over there have been so generously kind to my music, it would be amazing to bring it to them in person!