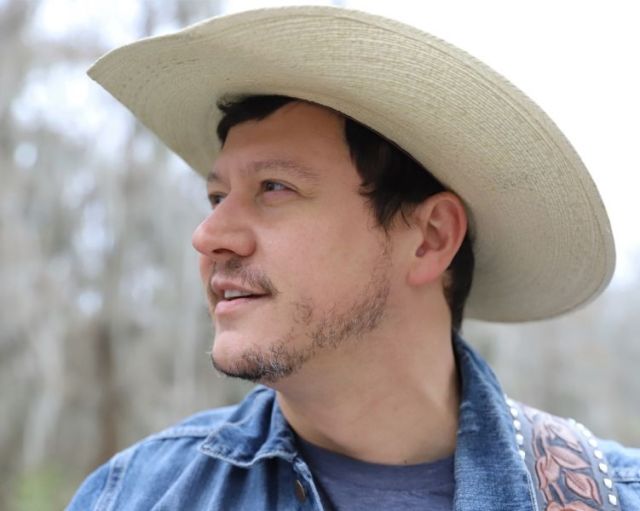 Looking for some new solid traditional-sounding Country that you can sink your teeth into? Well, then I suggest you check out “Honky Tonk Ways,” the fourth LP from Music City singer-songwriter Daryl Wayne Dasher. I’ve been digging the title track which you can listen to right here. Follow that sweet pedal steel and hear Daryl sing his heart out like they used to in the good old days of Country music. It’ll make you reminisce of moments past.

Daryl is the real deal and I’m excited to see that radio and reviewers are also enjoying his new record. You can get your physical copy at dwdasher.com.

Thanks, Daryl, for sharing some cool stuff in this 11 Questions edition. Sorry we missed your Bluebird show the other night, but I am so stoked that you got to showcase your songs there. I’m sure we will all get to see you in your hometown again soon.

I was born in Paulding, OH, a small town in the rural northwest corner of the state.  Paulding County is one of the flattest in the United States and is surrounded by lush farmlands of mostly wheat, soybeans, and corn.  We always had musical instruments in the house.  My dad played the guitar, and we would always sing songs around the campfire on family campouts.  My mom is a great singer and painter and taught me a lot about singing harmonies.  My sisters are both musically inclined, as well.  My Uncle Jon is a great guitar picker and was in a local Bluegrass band called The Bottom of the Barrel Boys.  As a child, I was active in Scouting and achieved the rank of Eagle Scout before heading off to college at Bowling Green State University, where I enrolled as a Jazz Performance major.

In 1997, in the summer after my second school year, I packed up and moved to Nashville to start chasing my dream of becoming a singer-songwriter. I got a job as a security guard for Opryland Security, where I sometimes got to work backstage at the Grand Ole’ Opry, and at the TV show Prime Time Country.  Being so close to many of the folks who had influenced and inspired me to play music was intense, to say the least.  I also worked at a western wear store called The Boot Coral in Goodlettsville, TN, where I met several musicians and artists, such as Garth Brooks and Roger McGuinn.

From the time I was three years old, I was always stationed right in front of the record player.  We had an eclectic selection of records and tapes, from Hawaiian music to Roger Miller to Diana Ross to Kenny Rogers.  When I was four, I was given my first records by a family friend.  They were Kiss albums: Alive! and Destroyer.  I was immediately drawn to the imagery on the album covers, the Hard Rock sound of the music, and the reaction of the live audience.  When I was six, I started making allowance money for chores. I couldn’t wait to save enough to buy my first record.  It was Prince & The Revolution’s Purple Rain.  I wasn’t allowed to watch the movie, but I spent hours listening to the soundtrack, reading the lyrics that I really didn’t understand, and looking at the cool poster that came with it.  That started me into the realm of Pop Music.  My next purchase was my first tape, and it was Madonna’s Like a Virgin.

I still buy vinyl records when I find something that I really love, and I’m still all over the board with genres.  My last three vinyl purchases were The Mavericks’ En Español, which I bought from Ernest Tubb’s Record Shop (Nashville), St. Vincent’s Daddy’s Home (Central Square Records in Seaside, FL), and Dallas Moore’s The Rain (from his website).

My first official concert was on June 25, 1989.  It was Metallica and The Cult at the War Memorial Exposition Center in Ft. Wayne, IN., followed by Kiss the next year.  The last two shows I saw before the pandemic were Joan Baez at the Ryman Auditorium and Billy Don Burns at the Nashville Palace.

I like Caliber Coffee on Lebanon Road in Donelson and Angelo’s Picnic Pizza in Antioch.

There is nothing good at that hour! It depends on where I’m at, but you can usually count on some consistency at Waffle House.

If I was dreaming? Rodney Crowell, Dolly Parton, and Emmylou Harris. In reality, I would call two of my contemporary co-writers who are trying just as hard as I am to improve their writing craft, and who would understand the gravity of the opportunity to play at the Bluebird.  I’m actually going to play my first round there on September 11, 2021, the day after my new record is released! I’ll be in a round with my buddy and label mate, Scott Southworth, and Marc-Alan Barnette.

It’s been a long time since I’ve played regularly in town, but my favorites have always been 3rd & Lindsley, 12th & Porter, and I love playing at Papa Turney’s Blues & BBQ on Percy Priest Lake.  My absolute favorite is a house concert venue/series in Lebanon called Hillbilly Haiku.  I have seen many of my favorite writers there and have been honored to play there a few times.

I’m releasing my fourth solo record on September 10 this year, called Honky Tonk Ways.  I co-wrote four of the eight songs on the record with my dear friend Linda McRae (A Juno award-winning Folk artist from BC, Canada).  We started a weekly co-write via Zoom during the COVID-19 quarantine, which led to some real gems.  We are scheduling some shows together this fall.  I started my current tour with several make-up shows (from COVID cancellations) out west in California, Washington, and Utah.  With the current uncertainty looming around a possible flare up of the pandemic, it’s hard to say what the rest of the year will look like.  If I can’t tour, I’ll go back to doing weekly Facebook shows like I did throughout the last year and a half.  No matter what, I’ll be promoting this new record.  It is by far the best thing I’ve done so far in my career and I’m excited for these songs to take flight.  My ultimate goal is to be able to book the majority of my tour schedule in theaters and continue to release new music every other year.