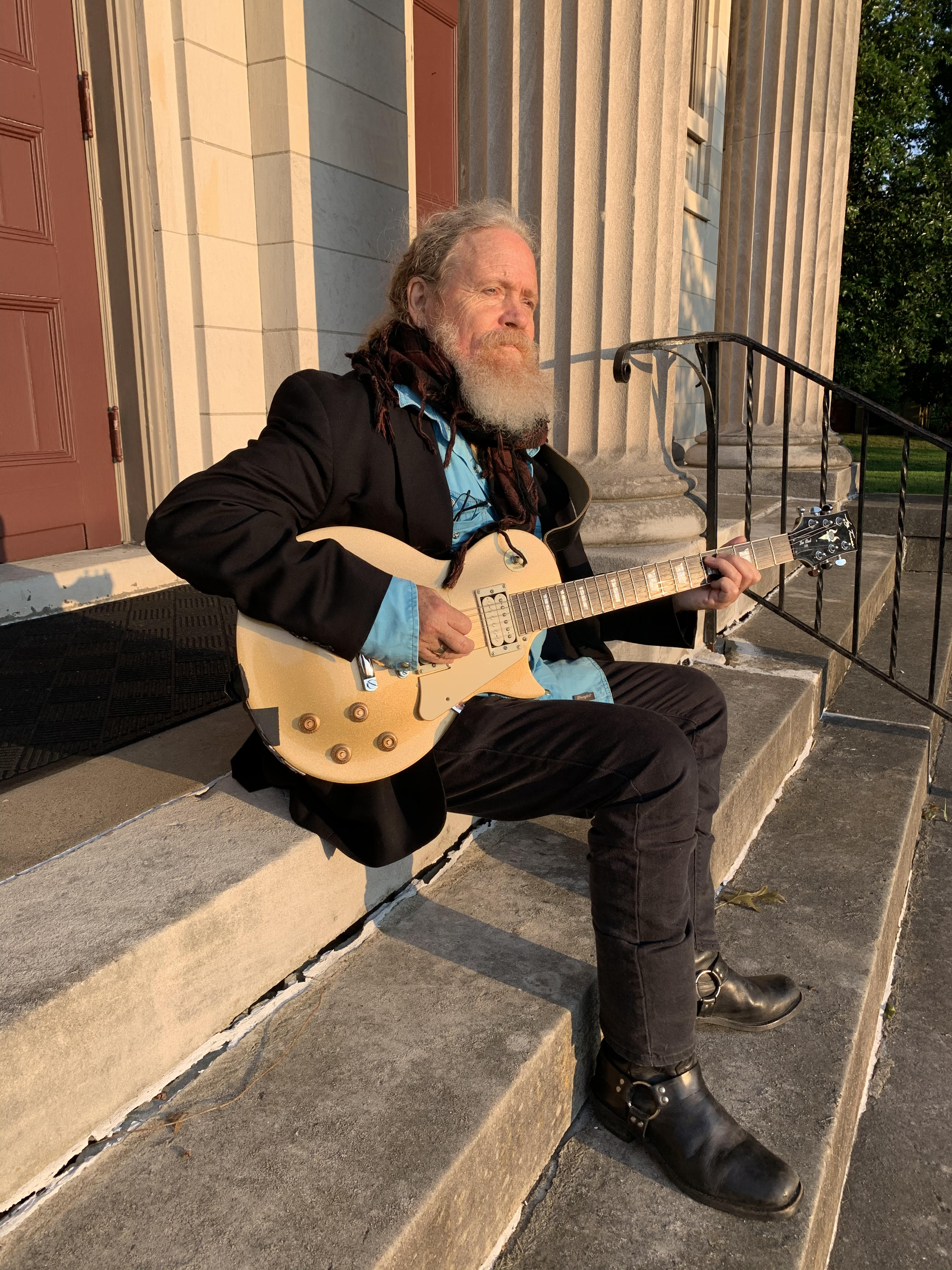 A Music City songwriter friend once told me that Music Row starts to look for new Christmas songs for its Country artists in June. These days it also seems that Christmas songs start spinning right after Halloween. It was never too early for Tom Mason’s third holiday album and tenth release, “Under a Mistletoe Sky” to get me going in the holiday spirit.

Also an actor, Mason is quite a musical character splitting his time between solo shows and Tom Mason and the Blue Buccaneers, his band of pirates who perform their original sea shanties at folk, tall ships, and pirate festivals around the world.

With the pirate ship currently under quarantine, Tom had time to visit 11 Questions and we thank him for that. Looking forward to hearing the new record in this year’s Christmas rotation!

Minneapolis-St Paul, MN. After a few years in Chicago in the early nineties, I landed in Nashville in 1993. I was writing so many songs and Nashville still had a thriving songwriting scene, the new Tin Pan Alley, so it seemed like a logical move. Even though the opportunities to pitch songs to commercial artists don’t seem to be here, I love the way the Nashville music scene has evolved.

A lot of my favorite musicians and writers were from the south but I’d never lived here, so when I moved to Nashville, I found all kinds of books about its history and culture and did a bit of exploring. One weekend I was determined to rectify the fact that I’d never been to New Orleans, but I also needed to do laundry, so I drove to Louisiana to wash my clothes.

The first album I bought was Aqualung by Jethro Tull, and I was worried sick about spending all my allowance money on it! However, I was the youngest of five so my brothers and sisters had everything from classic Blues to the Beatles and Stones to Doc Watson and to the Velvet Underground. The last record I bought was John Prine’s The Tree of Forgiveness at Grimey’s record store. I knew a few Prine songs when I first started and have been a fan ever since. I’ve also bought downloads recently but haven’t gotten around to buying a turntable. I have a stack of 45’s I released in the 80’s with no way to play them.

Johnny Winter at the St. Paul Civic Center. He was great! I think I was in 8th or 9th grade. The last concert I attended was actually David Olney’s memorial in March. David was an inspiration, and it was good to hear his music and life celebrated.

John Prine! Hoss Allen, the deejay who did so much for Nashville’s R & B scene. David Olney. Earl Scruggs and Harlan Howard are missing. There’s a whole constellation of stars missing, and yet somehow Kid Rock is there.

Bongo Java East and Five Points Pizza. (I don’t get off the island enough!) Before I migrated East, it was Pizza Perfect or Guido’s (RIP) and Bean Central or Bongo/Fido.

That’s impossible! “Help Me Make It Through The Night”, “Til I get it Right”, “He Stopped Loving Her Today”, NGDB’s Will the Circle Be Unbroken album, Blonde on Blonde, and one that’s being made in someone’s basement right now.

Aww. Out, foul plague! We want to eat out again! (This is being written during the pandemic, so there are neither traditional gigs nor restaurants.) In normal times, Hermitage Cafe, Cafe Coco, Athens, and Prince’s before the fire.

Anana Kaye, Kevin Gordon and R.B. Morris. I’m lucky to know a lot of others who would be great.

Places keep closing! I haven’t played there yet, but the Bowery Vault is cool. The 5 Spot, Basement East, Dee’s, Exit In. I play out of town much more frequently lately.

I want them to stay where they are! We’ll visit them!

A musical! I started writing a musical about pirates and got sidetracked, forming Tom Mason and the Blue Buccaneers and actually getting gigs in the process. I’m working on a Blues record and a new Blue Buccaneers CD. In the summer of 2021, I’ll be in Nashville Shakespeare Festival’s outdoor production of Twelfth Night, playing Feste the Fool and composing the music.