Yes! The OG Basement is the latest venue to host safe socially distanced concerts in Music City. After finally securing the proper license, Mike Grimes has resurrected the old parking lot stage once used by his record store for special events at its former location above the famous music room. COVID shuttered the indoor Basement in early March.

After an inaugural show by local Jeremy Ivey, the e-mail announcement that Katie Pruitt would be doing a 3pm Saturday show on October 24 led to a rapid sell-out. Yours truly, who missed out, was sure glad a second show was added for the next day. But as things sometimes go this time of year, the Saturday slot was rained out and rescheduled for November 14, thus making the Sunday show the first of two for this young rising Americana star.

Tickets were a reasonable $20 but could only be purchased in pods of four. For the show, the lot was nicely fitted with 88 white folding chairs safely spaced apart. While I suppose it can be hard to find three friends to do anything, I found that I was the not the only one with two empty seats in my pod. However, there was sure a happy buzz on this pleasant Sunday afternoon knowing that we would all be hearing some live music again. 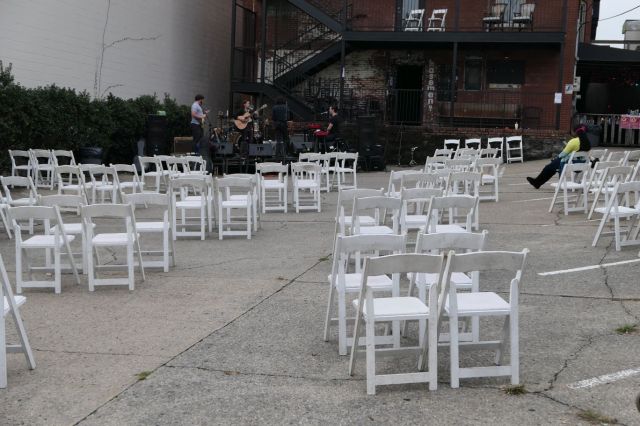 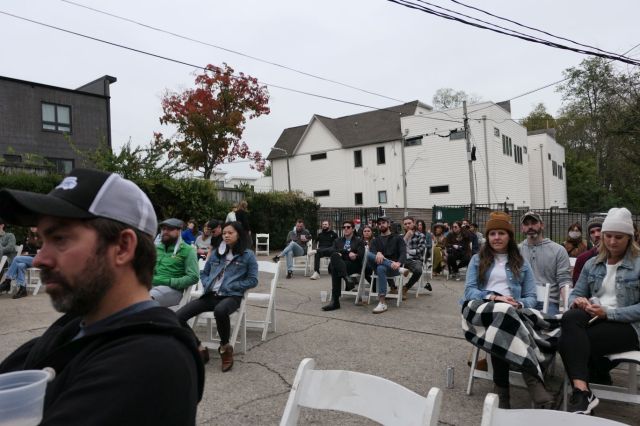 Things started “Basement Time” which was just a few minutes late with entertaining opening sets by two young Nashvillians: Annika Bennett and Lauren McClinton. Annika’s music is in a similar vein to the headliner while McClinton’s was more akin to the styling of Chaka Khan whom she covered during her set. Both artists were unknown to Pruitt prior to today, but she too enjoyed their sets enough to invite the pair to join her during her set for a cover of “Bridge Over Troubled Water.” 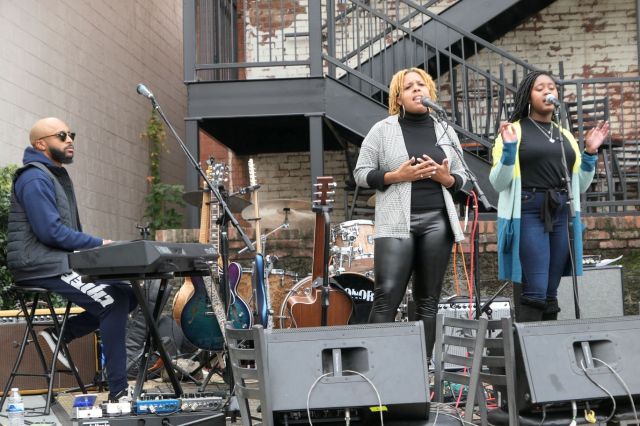 Katie and her band then took to the stage and it was only a matter of moments before we knew that they were going to blow us away. While her debut LP, Expectations, is for sure a winner, it just didn’t prepare me for the sonic onslaught of the big band sound, her powerhouse vocals and the brilliant arrangements. This afternoon’s set included eight of the LP’s ten tracks. And just as it always does on the inside, the sound mix was just as fab on the outside.

Happy as much to be there as we all were, she still made sure to make mention of these tough times and her sense of care was evident. Her best outreach came through her cover of Neil Young’s “Ohio” which she followed up with “After the Gold Rush.” (Studio versions of both have since been released as a new single.)

Katie Pruitt is young and on her way to bigger things. It’s a shame that she lost the chance to tour this summer behind her fabulous debut record. If she had been able to, I suspect that this show might have been at the Ryman instead of here. My thanks go out to her, Grimey, and everyone at the Basement for helping us get back to safely enjoying some music like we all did today.