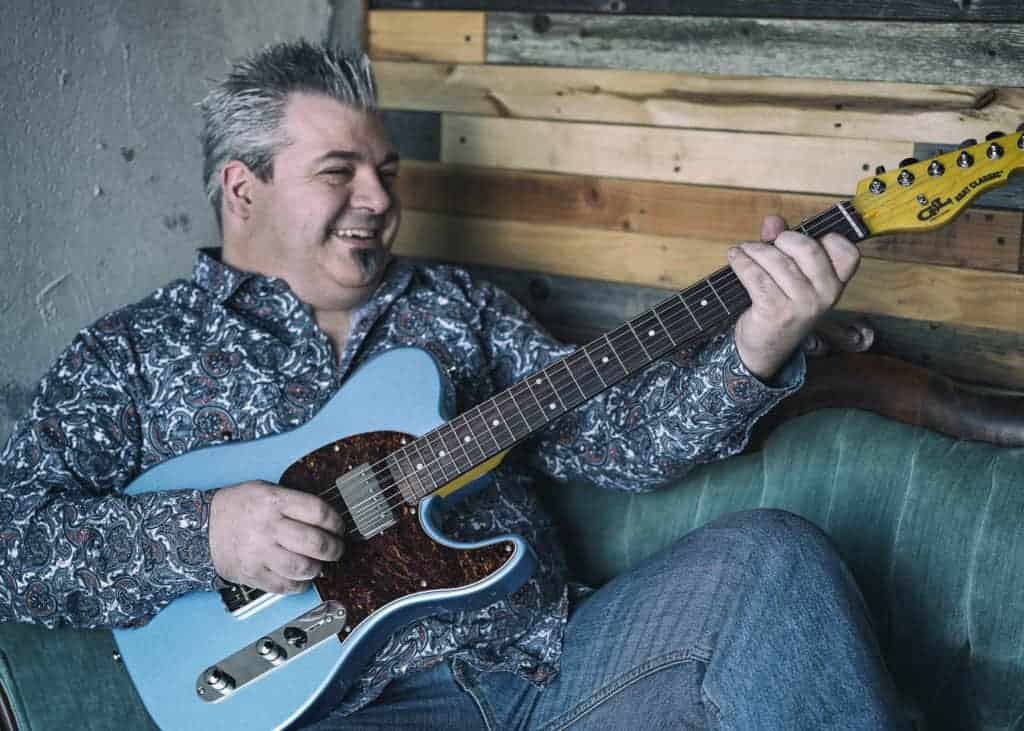 Two things that I am thankful for are that Eddie Heinzelman made his way to Nashville and that I have finally discovered him. I get my leads for this space in all kinds of ways, and Eddie was brought to my attention by a friend who is one of his guitar students. Eddie is just one of those guys who while not a household name (yet that is) is vital to our musical community. In addition to being one of Music City’s top Country/Americana session guitarists, Eddie also has served duty as a tour manager and is currently active as both a guitar teacher and a luthier.

Lately, I’ve been digging his 2018 sophomore LP “Wherever You Go.” On it, Eddie shows us that guitar playing isn’t his only musical talent since he sure can write great songs and sing them. Give a listen and get into the groove with “Medicine” from the LP.

Thanks, Eddie for having fun with 11 Questions. Maybe I will pick up my guitar again and come see you for a lesson! Until then, I’m gonna keep on listening to your great LP and look forward to the next.

I’m originally from a small town in southeastern Indiana called Brookville. I went to the College Conservatory of Music at the University of Cincinnati and moved to Nashville in 1996.

The first album I ever bought as a kid was The Beach Boys Endless Summer compilation for the song, “In My Room.”  The most recent albums I’ve bought were Robin Trower Live (I have the vinyl as well) and Jim Lauderdale’s Patchwork River from iTunes and a vinyl copy of an early compilation of Eric Clapton tracks from his first couple solo albums as well as Delaney & Bonnie & Friends – On Tour with Eric Clapton. I still buy CDs and pay for downloads and vinyl when I can find it. I listen to music all the time.

First arena concert was AC/DC in 1986. Last concert was last year when I saw Blackberry Smoke.

So many that need to be there: Bill Monroe, Marty Robbins, Steve Earle, Jason & the Scorchers, Charlie McCoy, Reggie Young, Merle Haggard, Waylon Jennings, Diamond Rio and Joe Diffie. Do I keep going?

I really like Fido for coffee and breakfast. We had Sal’s Pizza delivered during my last album recording sessions. But can we go for sushi? I developed a gluten allergy a few years ago, but if you know a good gluten-free pizza place, I’m in.

That’s a tough one: Guitar Town by Steve Earle and Diamonds & Dirt by Rodney Crowell. The Whippoorwill by Blackberry Smoke is a real gem, too. There are so many.

I wish there were more late-night breakfast options. Back around Cincinnati, there were always all-night place to go after gigs. I used to play a club that closed at 2 a.m. then reopened at 4 a.m. to serve breakfast. In Nashville, Hermitage Cafe is good, otherwise, you’re looking at Waffle House. I wish we had breakfast tacos on handmade corn tortillas like they do in Austin and San Antonio. (Hint, hint to anyone with a food truck!)

I’ve played the Bluebird many times with some awesome writers, friends, and some of my idols, but it has been awhile. A dream round for me would be Emmylou Harris, Matraca Berg, Steve Earle and Charlie Starr.

The Grand Ole Opry at the Ryman is always special and one of my absolute favorites to play. 3rd & Lindsley is a fun room. I really like the City Winery and the Franklin Theatre. It’s so tough at this point because Douglas Corner Cafe was the first club I played when I moved to town and it’s now gone for good due to the virus.

I wondered if Dale Watson was going to end up here instead of Memphis. But who else hasn’t moved here already? But honestly, Marc Ford and Waddy Wachtel. I’d love to be able to see them more.

Touring is on hiatus right now. My last show was February 28 and all the rest of this year’s shows have been cancelled due to the virus. I just opened One Louder Guitar Service, a repair shop in Green Hills. I’m teaching some more and have a YouTube channel, recording session tracks in my home studio, and writing songs for my next EP project. It’s definitely a shift in learning to adapt.