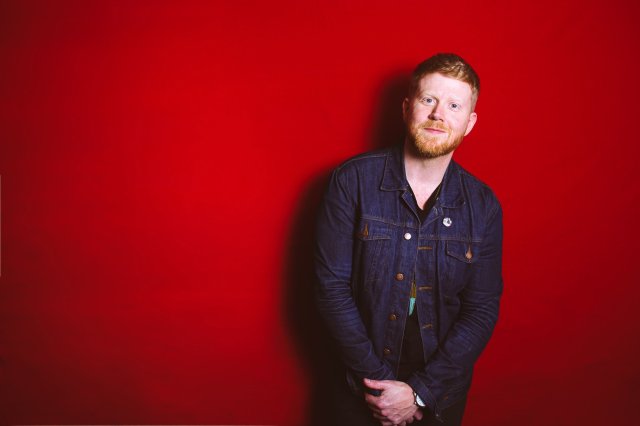 Florida non-profit Rock By The Sea  releases its second collection of songs, “Write By the Sea Vol. 2,” on June 26. Among the artists who congregated in a St. George Island, Florida house to write, produce, engineer and record the 11-track album were Music City’s Michael Logen, Brian Fechino and the subject of this edition of 11 Questions, Steve Everett. Proceeds from the record are earmarked to benefit brain cancer research.

It’s a mighty fine compilation of new original music and Steve contributes to three tracks. Two are collaborations, one of which carries some local flavor, “Yankee Girl in Nashville” with J.R. Moore. On his own, Everett has three solo LPs to his credit, each of were nominated for “Album of the Year” at the Independent Music Awards. Now that’s quite a distinction. His last record was 2018’s “Honest Graft” from which you just gotta hear “LMNOP.” (How long did it take you to reference the title?)

You can keep tabs with Steve and catch some live streaming at his Facebook page during these COVID days. Also support the cause and pick up a digital or CD copy of “Write By the Sea Vol. 2,” here at Bandcamp. Thanks Steve for your generous heart and taking the time for my 11 Questions.

I was born in Albany, GA, left when I was three (Can you say ambition?) and then grew up in Greensboro, NC. It was cool, but I was way shorter then. I moved to Nashville in 2011 after college at Appalachian State University and a year in Charleston, SC playing four-hour sets, six nights a week. I showed up with forty-three cents in my bank account. For real! I had to borrow $20 for gas from the guy that ran the Jet’s Pizza that I delivered for. You’ve probably never heard this before, but I came out here for music. It’s going really well. I’ve written some of my mother’s favorite songs.

The first was Toto IV on cassette. I got it at a Peaches’ music in Winston-Salem, NC and remember it being a beautiful day. Anybody with the last name Porcaro is royalty to me. The most recent record I bought was the new Butch Walker, digitally. Gah, Butch would hate that. Sorry, man.

The first one I remember was DC Talk in the early 90’s. I just remember there being upwards of 15 people on stage. Even as a kid, I was like “that’s a lot of mouths to feed.” They never did seem to run out of loaves of bread or fish though. Last one was The Brown Goose at the OG Basement (the “b8THsment”) in early March. I had tickets to David Ryan Harris in April that got “Corona-ed.” I was stoked on that one.

Let’s go ahead and get Isbell in there. Man, I’m reading through the list of people on it already. Trace Adkins beat a whole bunch of folks to this. Is he the one running it?

My go-to coffee shop is Frothy Monkey in 12 South. I just love that you can kind of choose your own adventure. Oh, you wanna be outside? Boom. Inside, but with outside weather? Boom. Fully inside? WE GOTCHU! Pizza-wise, I really love what happens at Dolce Vita. I know it’s geared towards college students that want pizza at 4am and there’s no options, but I love it.

I’ve never really been one to pay attention to WHERE records get made. I believe in people more than places, I suppose. I’ve always read liner notes and closely kept tabs on WHO played on records, who wrote the songs, but just never took an interest in where. Anyway, it’s Blonde on Blonde.

Dino’s, now that Café Coco has gone the way of the buffalo. Also, The Red Door Saloon in midtown’s menu can surprise you. Don’t be afraid.

Great prompt. I actually LOVE putting bills together. David Borne from Baton Rouge, LA is an incredibly stirring singer and writer. He’s undeniable. SUCH a great hang, too. Stephen Hunley, from Knoxville originally, has one of my favorite voices on the planet and just writes songs that I would never think of. His brain should be in an East Tennessee museum someday. I’d round it out with Bre Kennedy. She’s originally a left-coaster, but she really belongs to the whole universe cause she’s a star (wink).

I really love playing Mercy. The staff is always great, the stage is just big enough to throw down and just small enough to get sweaty. The Basement is special, too. Standing at the front of that stage, blinded by lights, scared of shocking yourself on the mic cause of the dirty power, sweating through your jean jacket that you shouldn’t have worn. But, it’s the Basement, you know?

I know this is aiming high, but I would absolutely love it if Clapton was around. I just think he’d instantly bring so many people in to collaborate and I’d just selfishly get to see him more.

I had the great misfortune of launching a month-long crowdfunding campaign just before the COVID-19 shutdown happened. It was stressful, and I felt terrible asking for support, when other folks needed it more, but my people came through in SUCH a big way. I’m thrilled that I’ll be recording my fourth full-length record this summer.