Cruel to Be Kind: The Life and Music of Nick Lowe by Will Birch 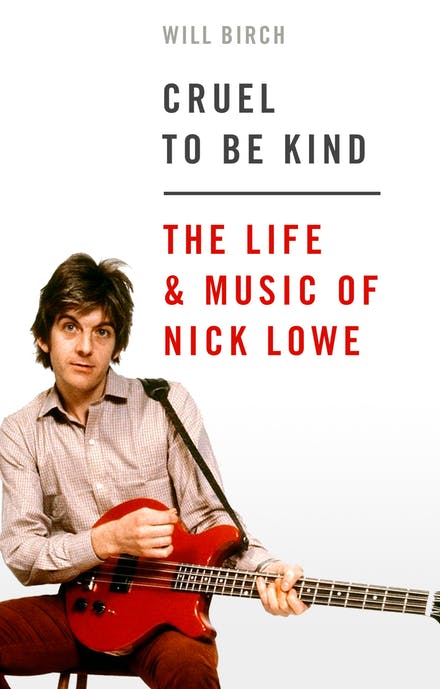 The recent rash of biographies of my contemporary musical heroes is sure making me feel my age. Self-written tomes by Bruce Springsteen, Elvis Costello, and Squeeze’s Chris Difford were three that I had a hard time putting down. Having lived through the cycles of their record releases and touring, I was able to slot my personal life within the pages and enjoyed colliding with their careers through “I was there!” moments.

Next in line is the new bio covering the life of British singer-songwriter and record producer, Nick Lowe. Lowe’s music is not familiar to all, and many only know him for his two most-famous songs: “Cruel to be Kind” and “(What’s So Funny ‘Bout) Peace, Love, and Understanding.”

But, like Mr. Difford, his talents are not fully appreciated. In fact, it’s a crime that Lowe has yet to be inducted into the Rock & Roll Hall of Fame, if only for his extraordinary career as a record producer (Costello, Graham Parker, The Damned and The Pretenders). Unlike the other three artists I mentioned, Lowe chose not to write his own story, and the chore was dutifully handled by Will Birch whose background duly qualified him as the best candidate for the job.

Birch was once a drumming songwriter and musical contemporary of Lowe. He has since been a crack music journalist as a frequent contributor to Mojo. He also has previously written two necessary music books that have become definitive works. His 2000 debut, No Sleep till Canvey Island: The Great Pub Rock Revolution documents that British scene of late 60s/early 70s, and his follow-up was a biography of the late British artist and onetime Lowe labelmate Ian Dury.

While Birch is no doubt a skillful writer, he also brings to the table the fact that as a music fan himself, he comfortably writes from that perspective. When I first met him in 1984, I was so surprised to find a musician who collected records and liked talking about rare B-sides and forgotten albums.

To finish the resume on Mr. Birch, he also holds the distinction of having co-written the greatest Power Pop song of all time, “Starry Eyes” with his band The Records. Like Lowe, Birch also worked back in the Pub Rock days (Kursaal Flyers), and post-Records, he served time as a record producer (The Long Ryders, Dr. Feelgood) before devoting most of his time to music journalism.

Some ten years in its making, Birch’s book is rock solid in accuracy and detail and chock full of the author’s enlightening insights. It’s a book that all Nick Lowe fans will cherish.

Birch begins his tale with the bio-requisite background on Nick’s grandparents. He follows with some interesting and well-researched pages about his father Drain Lowe’s fascinating career as an RAF pilot and young Nick’s world travels as an air force brat.

With a character as lively as Lowe, there was no shortage of colorful material. From his first professional band, Kippington Lodge, through his Pub Rock days with Brinsley Schwarz, Nick’s early days are well-chronicled. And, as he did in his Pub Rock book, Birch delivers the most in-depth telling of “the great hype” of the Brinsleys failed attempt to vault directly to superstardom through the tragic and comical failure of their much ballyhooed 1969 appearance at the Fillmore in New York.

There’s much for Birch to recant about Lowe’s early days as house producer for Stiff Records, one of the most fruitful record labels of our time. We hear much first-hand from Elvis Costello, an early Lowe admirer whose career owes a great deal to Nick’s production. Likewise, Costello’s meteoric rise paved a path for Lowe to set his own solo recording career in motion that led to his partnership with Dave Edmunds in Rockpile. That quartet evolved into perhaps the best live band many of us have ever witnessed.

Although Birch reveals Lowe’s occasional indifference towards the book, in the end, he was more than generous in granting interview time to the author. Lowe’s personal insights were candid and frank, and he was forthright on both his substance struggles and his “perfect on paper” but otherwise failed marriage to Carlene Carter. To this reader’s delight, Birch reprints many of Nick’s quotes intact revealing his subject to be intelligent and articulate.

Birch was also blessed with interviews from most of the key family, friends and musicians in Lowe’s life and career. Costello’s contributions were significant and insightful, and as expected, the reclusive Edmunds was not an active participant. The tales of Lowe’s interactions with Carlene’s mother June Carter Cash and her step-dad Johnny Cash are priceless. The author also on occasion inserts himself into the story revisiting some of his interactions with his subject, his powder keg of a manager, Jake Riviera, and Ms. Carter whom he once briefly managed.

Sadly, two important figures in Lowe’s life are no longer with us, his long-time drummer and best mate, Bobby Irwin and his main right-hand man, Neil Brockbank. Fortunately, the author had also been close to them as well, and as a result, their relationships with Nick are not missing from the narrative.

Aside from telling Lowe’s tale, Birch uses Cruel to Be Kind to ruminate on two themes that overshadow his career. One is why Lowe did not attain greater popularity and the other, how he brilliantly reinvented himself.

There are enlightening testimonies and illustrations of Lowe’s songwriting, bass playing and production skills; facts that fans reading this book will generally acknowledge. Likewise, it’s a given that favor with the masses often knows no justice, but there is solace in the fact that Lowe seems quite pleased where he has wound up. His contentment has evolved from once enjoying the life of an opening act whereby he could hit the bar early to a life these days where he can comfortably show his face in public.

Birch makes a strong effort to note how the splendor of Lowe’s career “Act Two” cannot be understated. The man who once wore a comical “Riddler” suit while he rocked now is a dignified “silver-haired” statesmen who croons. Yes, he still plays some of those “fast things one more time,” but with just an acoustic guitar and his soft vocals, Nick Lowe has evolved into one of our generations’ most likeable and respected singer-songwriters. He also takes great care of his voice and as a result, is perhaps the best-sounding elder rocker still working today. It’s a feat that others in his class like Mr. Costello have failed to match, and Birch’s analysis of the “New Nick” is spot-on. 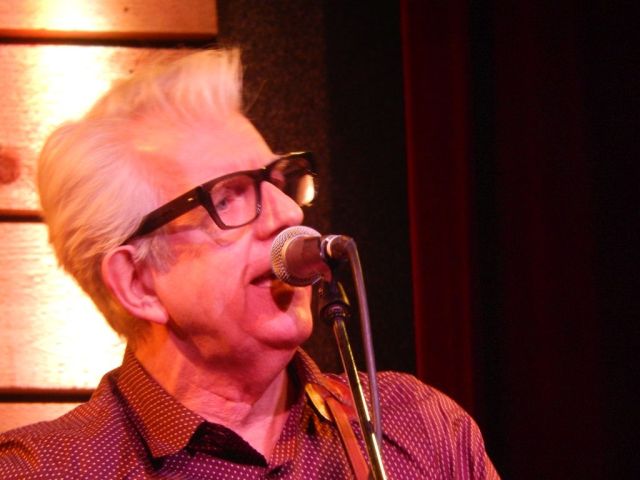 The UK and US editions of Cruel to Be Kind are nearly identical except for different dust covers and a few of the photos in the UK pressing sporting color.

Will Birch’s long anticipated book did not let us down. There’s never a dull moment, and while you will already know and enjoy reliving some of what you read, like the great rock bio that it is, you will hear many new bits for the first time.  All these accolades on my part lead up to asking Mr. Birch which well-deserving and under-appreciated artist will be the subject of his next book.

Those of you in the New York City area can see both the author and his subject at The Strand bookstore on Tuesday September 10th. After an interview segment, Mr. Lowe will perform, and Mr. Birch will sign books. Details here.

Tags: Cruel to Be Kind: The Life and Music of Nick Lowe, Nick Lowe, Will Birch