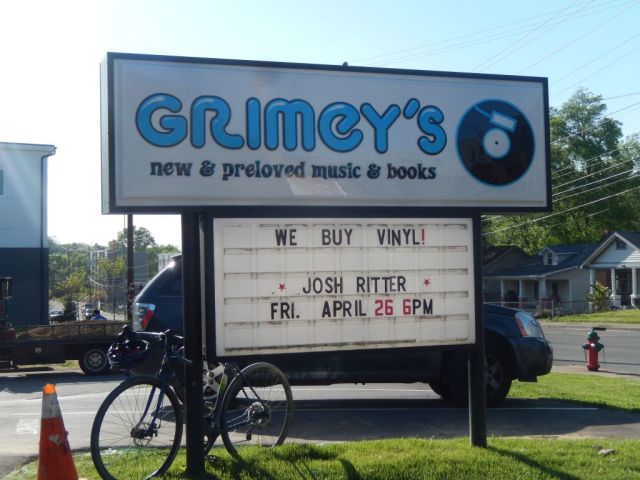 Even if you are a big Josh Ritter fan like myself, I bet you checked Jason Isbell’s tour dates with his 400 Unit to see if they had an off night for Ritter’s Friday 6pm appearance at Grimey’s. Given that Jason produced it and the Unit were the band for Josh’s new LP Fever Breaks, it wouldn’t be a total shock if they came to play with him at the record store.

Well, they didn’t, but nonetheless, we in Music City were truly honored that Ritter chose to be here on the day of record’s release. The Grimey’s gig was in fact the middle of three local promotional performances by Ritter and his singing standup bass player, Zachariah Hickman. Having flown to town in the morning from NYC, Ritter and Hickman started earlier in the day with WMOT’s “Finally Friday” over at 3rd & Lindsley and on Saturday afternoon they would do Lightning 100’s “Not So Secret Show” at City Winery.

Having seen Josh Ritter now a handful of times, I feel the same way every time I see him. I want to bottle his enthusiasm and joy of life for those days when I need it. With a smile that must make his dentist proud, Ritter seem like he’s never had a day nor met a person he didn’t like. 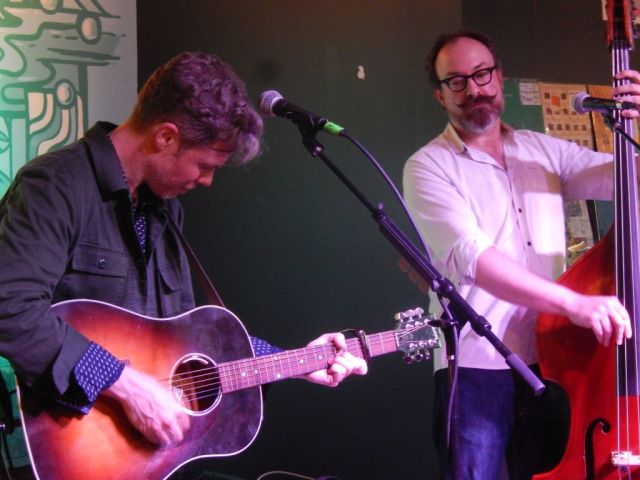 With a set that ran just short of an hour, those of us you pre-ordered Fever Breaks to ensure their spot in the room sure got our money’s worth. The eleven songs we heard favored the new release, but included some welcome surprises include a rousing finale of “Getting Ready to Get Down” that had most all of us singing in the record aisles.

As adept as Ritter is in the duo format, it’ll be a treat to see him with a full band when he returns to town for his Ryman show later in the year. And I will save you the search time—Isbell and the Unit are off that night and Josh and Jason also are playing the same festival the day prior.

Fortunately I was at the front of the line to get my LP signed since as friendly as this guy is, there was no doubt he was going to be there a long time making new friends signing things and taking photos.