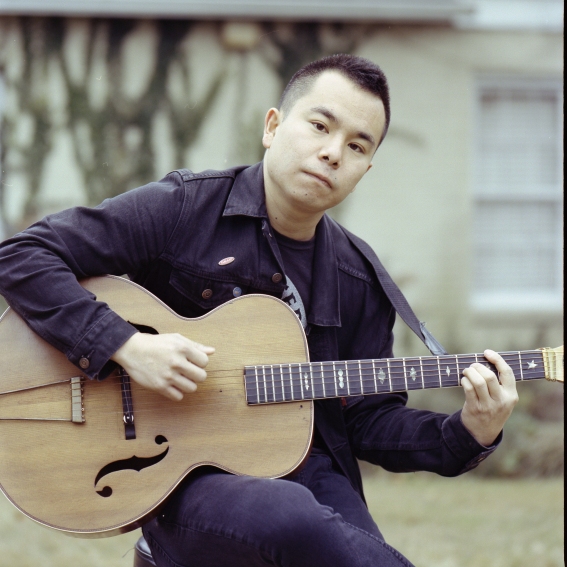 It can be difficult sometimes to give new music the attention it deserves. However, I promise you that will not be the case when you give a listen to Gabe Lee’s debut LP, “farmland.” Named for the Nashville studio where it was recorded, here’s a live version of the LP’s leadoff track, “Alright, Ok.”  This will be all you need to make you want to hear the rest of this record right now! (It’s available for streaming in all the usual places.)

With a reverent Dylan/Prine vocal style, Lee serves up some of the best-crafted Americana songs to come out of Music City this year. For more background about Gabe and some keen insight about this poignant record, read the Raised Rowdy blog’s rave about the record. Musical justice would see young Gabe get a nod for New Artist of the Year at this year’s Americana Music Awards.

Now here’s a first for 11 Questions, as you will read below, Gabe becomes the first Nashville native to grace this space. We are thankful for his contribution, and sure hope this record gets the attention it deserves. Gabe has a few local dates on the horizon, and yours truly has his sights set on a June 22nd show at East Nashville’s way cool Bowery Vault. You can keep tabs on Gabe at his Facebook page.

The first record was a physical CD of Franz Ferdinand’s 2004 self-titled album, and the most recent record was Golden Hour by Kacey Musgraves.

I think John Prine should be on the Walk of Fame.

Fido for coffee and Pizza Perfect for ‘za.

Hard to say with all the history here, but in recent memory Boys & Girls by Alabama Shakes rocked the world, and it was recorded at a tiny little setup called the Bomb Shelter in northeast Nashville.

Late night snacks, either Dino’s in East Nashville or Cookout

In a round I would take my buddies Ray Sisk (local songwriting legend) and Vinnie Paolizzi (one of my best songwriter buds in town).

Up until recently, I considered Bobby’s Idle Hour and Gold Rush my favorite places to play. However, since they closed I have been playing a lot at Belcourt Taps and Revival 615 on Tuesdays at the Tin Roof Demonbreun.