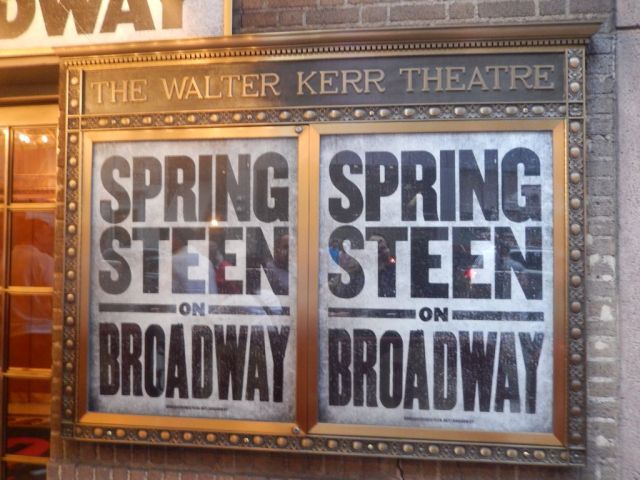 Bruce Springsteen has always been a great story-teller. During his concerts in the mid to late 70s, we all looked forward to his “fabled monologs” that casually made their way into the middle of songs. I always felt cheated if I didn’t get at least two good stories at each show. These tall tales for the most part were about “growing up” (e.g. Catholic school, his paternal relationship, meeting his sax player, Clarence Clemons) and required the listener to try and dissect fact from fiction. So, I found it most fitting that in his current Broadway show, the first song played, and the one that set the tone for the evening, was “Growin’ Up” from his 1973 debut LP.

Springsteen on Broadway began in October 2017, and after three extensions, will finally come to an end this December 15th, the same night when it can be seen in its entirety from a special show recorded for Netflix. The show I saw was number 175 out of a whopping total of 236 performances. Liking to boast of never having held a real job, this last year was perhaps the most rigorous work schedule that the Boss has ever had to adhere to.

When the shows were first announced, yours truly was quite dismayed at the exorbitant ticket prices for this theatrical run that undoubtedly made Mr. Springsteen the richest man in South Jersey, if he wasn’t so already. I initially balked, but when the chance to buy tickets arose I gave in realizing that this would be a lifelong regret if I didn’t go. Despite my rabid fanaticism for Springsteen and his music (over 60 concerts since 1975), Ticketmaster surely didn’t respect who I was, and in what sounds like a bad day in baseball, I went “0 for 4” in the ticket lotteries. If it wasn’t for a lucky old friend who got the chance, but didn’t want to spring for the cash, I probably would have passed on paying scalper prices.

But, fortunately I got a ticket and went, and I am quite glad that I did. Outside of a vacation, I can’t say that I ever spent $600 to do anything in my life. However, when all was said and done, in the moment, the thrill and enjoyment of seeing my musical hero up close in this intimate 960-seat theater seemed like it was worth every penny. 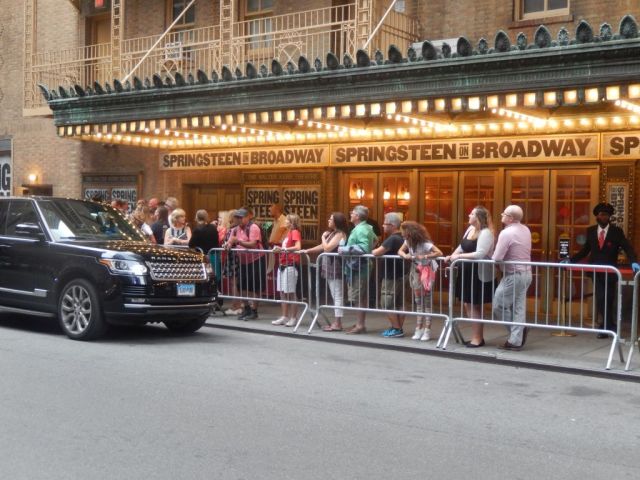 My friend and I arrived at the show right before the 7pm door-opening just in time to see Bruce arrive at the theatre in a black chauffeur-driven SUV. By then, 48th Street was packed with fans looking for a glimpse of the man including those lucky few who got prime positions at the stage door barriers to try for an autograph. After the show, there was a similar scene with Bruce exiting no less than 15 minutes after the show to sign a few more records and wave to the crowd from the running board of the SUV.

There were metal detectors and a light search of bags on the way in, but I think we all knew better that this was a show to keep your camera phone in your pocket. The warnings were given, and who’d want to risk getting booted from the show after having made such a large financial investment. And, that certainly was another wonderful aspect of this show, the endearing silence and respect Bruce received from his audience. (We were however allowed to take photos when the lights went up during Bruce’s bow, and he sure did his best to mug it up for us!) 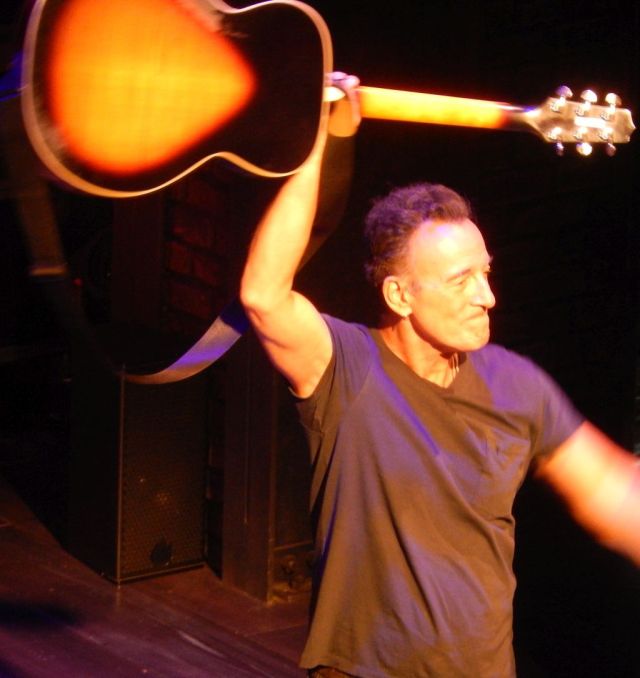 Clinging to the edge of my seat, I was totally mesmerized with Bruce, his tales and his music. Billed as running 2 hours and 20 minutes, it ran about 20 minutes over to no one’s dismay. Overall, it was quite refreshing that the stories were in no way a rehash of his recent book—the spoken material was mostly all new stuff. But, the real magic was how the songs thematically fit in so well. Each song also carried an air about them that made them feel much more than just songs. The best analogy I could come up with is ironically comparing them to songs in a Broadway musical. At times, they felt more like an extension of the dialog rather than just simply music.

However, that’s not to say that Springsteen was not performing at his best. He played the acoustic guitar piano, and harmonica sounding just like the Bruce of old. However, at times he would sing certain lines slower for emphasis to reinforce their relevance to where he was going with his story. I was also quite pleased that I got to see Patti Scialfa join Bruce for two songs which is something that happens more so than not, but not every night. 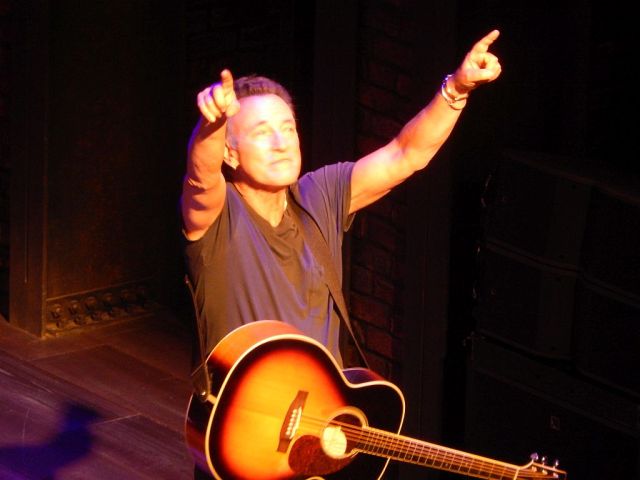 So, was it really worth the mega-bucks I paid for my ticket? Frankly, I’m still struggling with why the ticket prices needed to be so high. But, despite initially wanting to pass on this show for that reason, in the end I simply realized that as a long-time Springsteen fan, this was something that I just could not miss, and I’m sure glad I changed my mind and went.