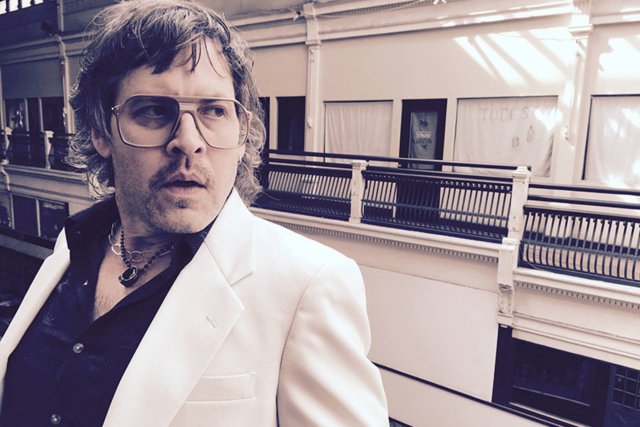 These days, it’s hard to keep track of all the musicians moving to Music City. One we almost missed was Charlie Smyth who also doubled-up by bringing his wife Kalee with him. Smyth has a varied musical pedigree. Starting with some punk/hardcore days in his native Chicago, he later made his way through the grunge of Seattle and the “no wave” of New York City. Today, Charlie’s sound finds itself quite comfortable in the Nashville Americana scene.

On his upcoming debut solo record, Smyth lays down an original style that he also takes to a few choice covers scattered among his original tunes. His low gentle voice smoothly sails along the bottom of a colorful musical palette while Kalee’s backing vocals elegantly glide above.

Smyth’s new record kicks off with the single he’s just released, a surprising cover of a great song that needs not to be forgotten. We’re talking about Neil Diamond’s “Beautiful Noise” from his 1976 LP of the same name that was produced by The Band’s Robbie Robertson. Charlie’s cover will become the best ear worm you have had all week.

Charlie Smyth’s “The Way I Feel” drops on July 13 with a record release show 7pm at The Local on the same day. Thanks Charlie for giving us eleven.

I am originally from Chicago, but have lived in New York, Melbourne, Berlin, Portland, and Seattle. I moved to Nashville with my wife Kalee in late 2013. We moved from Seattle which is where we met. She had been planning to move back to Nashville where she had graduated at Belmont University, and I thought it sounded like a fun and interesting adventure. Also, I had decided to go wherever she felt like going.

The first was Journey’s Escape on cassette. I believe it was at Peaches in Chicago. The last was Lou Reed, John Cale & Nico Live at The Bataclan 1972 on vinyl at Vinyl Tap in East Nashville.

The first was Motley Crue’s Shout at the Devil tour in 1984 at the Aragon Ballroom in Chicago. The last was Hotel Ten Eyes at Betty’s Grill in Nashville.

The Basement, The East Room, and Springwater

I think George Jones should move back.

Record release for The Way I Feel is on Friday, July 13, with a show on that date at The Local at 7pm. Hopefully getting the vinyl by then.