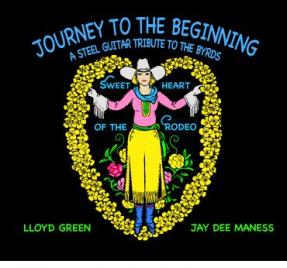 After last year’s total rain out of live music, this year’s Record Store Day extravaganza at Grimey’s was a full day of delight for record geeks and music fans. The store as always was well-stocked with the limited-edition special releases, and the rear parking lot was full of folks enjoying the beautiful sunshine and six-hour line-up of live and DJ’ed music. However, the day was a bit bittersweet since this would be the last RSD at the 8th Avenue version of Grimey’s following the recent announcement of their late 2018 move to a new location over the river in East Nashville.

The musical highlight of the day for me and many was the 3pm appearance by perhaps the two best pedal steel players to have ever walked the planet: Nashville’s Lloyd Green and California’s Jay Dee Maness. The duo played selections from their RSD drop, Journey to the Beginning: A Steel Guitar Tribute to The Byrd’s Sweetheart of the Rodeo, a steel-guitar instrumental reprise of the landmark record they both played on some 50 years ago. Back then, Sweetheart was the seminal record for what would soon be called country-rock. It changed my musical life as I’m sure it did for many others. 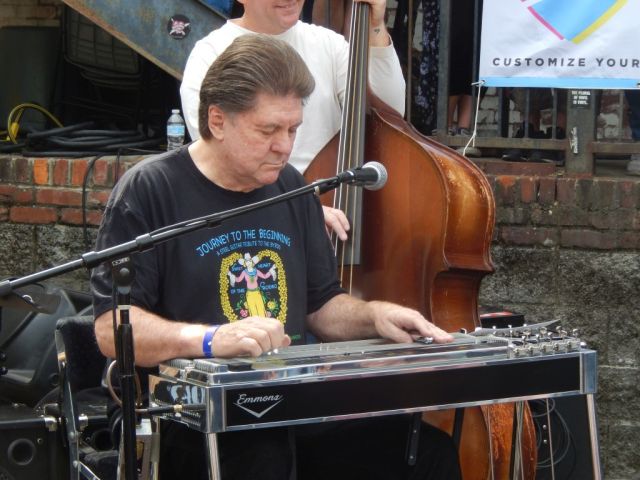 The brainchild of Maness, he commented on how this project was quite a musical challenge when you take the lyrics away. However, the duo got creative and layered in some new licks over each song’s basic tracks making for a fun listen. Throughout you will be continually reminded just how skilled Maness and Green are at their steels.

This afternoon at Grimey’s they brought with them three of Music City’s best session men who had also played on their record. And to everyone’s surprise, local hero Dan Auerbach joined the band to subtly fill in on rhythm guitar. The next night, the band was set to play the entire record at the Station Inn.

It’s a given that after hearing several consecutive instrumental tunes, you start to yearn a bit for some vocals. So, like they did on the record, the pair closed out the set with some local singers joining in on the LPs signature track, Bob Dylan’s “You Ain’t Going Nowhere.” Today’s guests were Bill Lloyd and Jim Lauderdale who were also a part of a larger collective who sang it on the new record. They both did great as did the crowd who joined in on the familiar chorus of perhaps one of the best sing-along songs of all time.

If like me, you bought Sweetheart in its multiple reissues over the years, you will want to add this one to your collection. It’s a fun way to re-experience the record while listening to some fine musicianship and giving yourself with the opportunity to sing-along as if you were Roger McGuinn or Gram Parsons. I still can’t believe that its’s been 50 years!

PS – You can give the record a listen here:  https://open.spotify.com/embed/album/7IfO8aw2hoin5Nq9ofK9h6