Allow me to start off by saying that I am not wild about dogs. It’s not that I dislike them, but there is just no place for them in my life. So, it wasn’t my love for canines that got me to spring for $150 to attend “A Special Engagement Benefitting Bonaparte’s Retreat” supporting Emmylou Harris’ local charity benefitting dogs. It was the chance to see her, John Prine and whomever their “friends” might be in such a small intimate room.

Emmy fittingly began the night with “Big Black Dog” to which John would later retort that he didn’t have any dog songs. However, later, during “It’s a Big Old Goofy World,” he stopped to chuckle after surprising even himself with its opening lines “Up in the morning, work like a dog.” But, that would be it for the dogs until a break mid-set for a short video about the work of Emmy’s “pet” project.

The guest chair was eventually shared by two local girls: first by Sheryl Crow and then later by Mary Gautier. As usual with one-off shows like these, it was the collaborations that proved to be the highlights of the evening. Emmy and Sheryl reprised a lovely “Juanita” that they had previously recorded for a Gram Parsons tribute record. Later, Emmy and John performed a song they had recorded for a Grammy-winning one celebrating the music of Guy Clark. 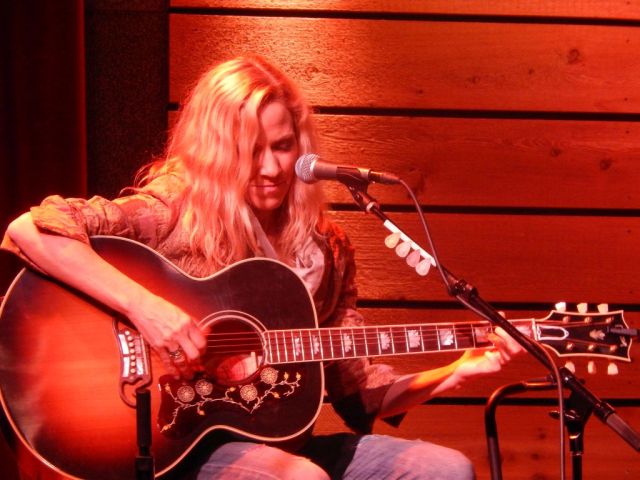 Successful new collaboration attempts were made by Emmy joining John for his signature “Angel from Montgomery” and later in taking the Iris Dement role in his whimsical “In Spite of Ourselves.” However, the true surprise of the night was the appearance of John’s wife Fiona to join her husband on “No Happiness,” a song that also appeared on John’s first of two duets records.

Dogs and subtle remarks echoing the remnants of the political hangover of the performers aside, it was a night about the music that was well worth the money. I have long been a fan of Ms. Harris since her first record. However, I have lost some interest in her catalog over the years and have seen some performances where she seemed unable to find her voice. Tonight, however, she reminded me how she once was a favorite on my turntable.

Some forty-plus years ago, as a young kid I became totally enamored with the life and music of Gram Parsons. With his passing, seeing Emmylou play live was the closest I could come to experiencing GP. Now, I live in the same town as her and get to see and talk to others who have touched Gram’s life such as Chris Hillman, Walter Egan and Barry Tashian. Even Phil Kaufman, Gram and Emmy’s legendary “Road Mangler” was in tonight’s crowd at the Winery. This is all something that I could have never imagined. 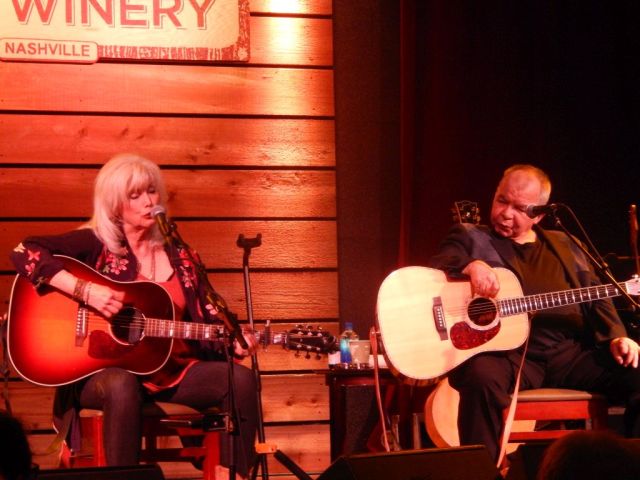 And let’s not forget how wonderful and remarkable an artist that John Prine still is. I doubt there has even been as clever a songwriter as he nor a live performer who keeps you hanging on every word like he does. We are so blessed that this man is still with us, and I look forward to hearing the new music he has co-written with Dan Auerbach of the Black Keys.