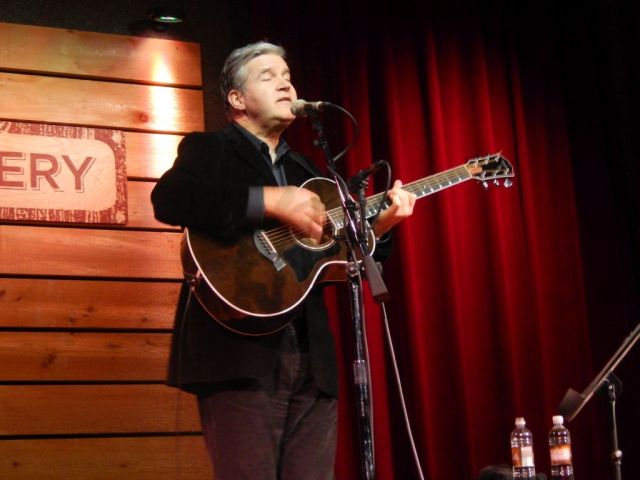 Of all the singer-songwriters I truly admire, Lloyd Cole is perhaps the most under-appreciated by the general public. Since the first Lloyd Cole and the Commotions record in 1984, this former Brit and current Massachusetts resident has released over a dozen LPs that are all worthy of everyone’s attention. A first-rate lyricist in the classic singer-songwriter sense, Cole also has a serious knack for creating the most infectious simple guitar riffs imaginable. Their result to this listener is his inability to listen to songs like “Don’t Look Back” and “Past Imperfect” only once per setting.

For this Sunday night show at a half-full City Winery, Cole was both opener and headliner delivering two delightful and flawless 50-minute sets of music accompanied only by his acoustic guitar. Cole’s song selection spanned his entire career from the Commotions’ days through the peak of his solo career in the 90s, up to and including 2013’s Standards, his latest effort.

Speaking in a soft and unsuspecting demeanor, Cole had a lot to say, usually something between each song. He has a sly wit through which he delivered quite of bit of clever commentary, mostly about the musical side of his life.

Locally conscious, Cole was looking for a cover song to fit Nashville, and instead of a country tune, he did a sincere version of Dylan’s “I Threw It All Away” from Nashville Skyline. In talking about the music biz, Cole mentioned he’d be seeing his publisher on Music Row the next morning. 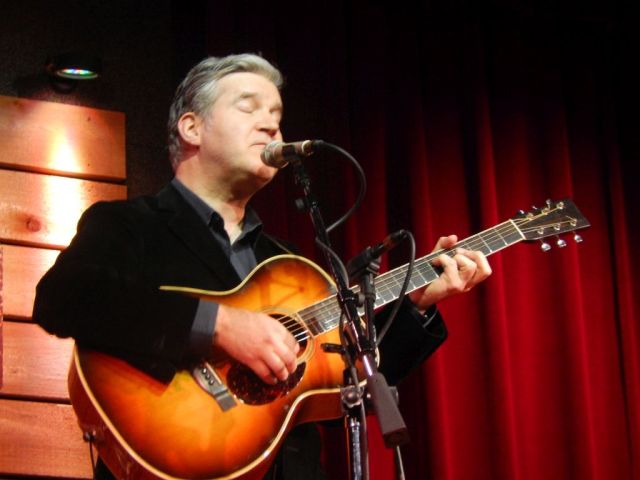 Cole stayed in town until Tuesday when he made a free appearance in East Nashville’s The Five Spot playing a few songs and spinning some cool records. Maybe we will see some more of this great artist locally, and likewise that publisher can find a friendly home for some of his great songs to get further discovered.